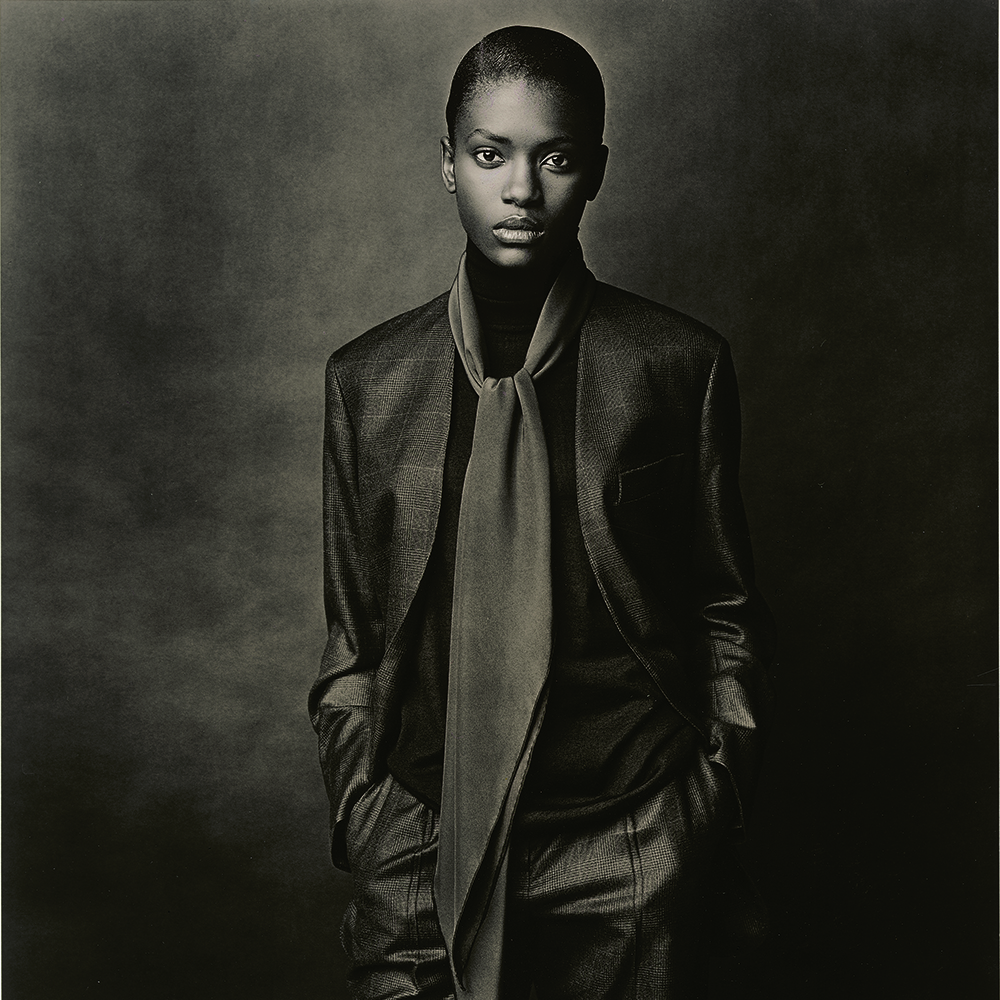 From 1997 through 2003, Belgian haute couture designer Martin Margiela created twelve consecutive collections for iconic Parisian brand Hermès. Margiela, like his contemporary Rei Kawakubo, used his influence to push against the luxury fashion world. He famously deconstructed luxury objects, stitching them back together by hand, and he often turned high fashion’s aesthetic inside-out, introducing details like exterior linings, seams and oversized sleeves into his work. A new book, Margiela: The Hermès Years, sheds some light on this curious collaboration, and a sister exhibition at the Antwerp Fashion Museum includes original objects alongside photography, drawings and testimonies.

The exhibition doesn’t shy away from the unconventional nature of the partnership:

The fact that Hermès, the crown jewel of Parisian luxury, chose Margiela – an iconoclast who longed to remain anonymous and up to then had never given a single interview – raised quite a few eyebrows.

Although a rebel, Margiela retains a sense of subtlety and a respect for the body. In the Hermès collections, a bag’s straps can be wrapped together to form a nook for the shoulder or a rest for the hand. A ‘Losange’ for women, in silk crêpe, combines the power of a necktie with the grace of a scarf. 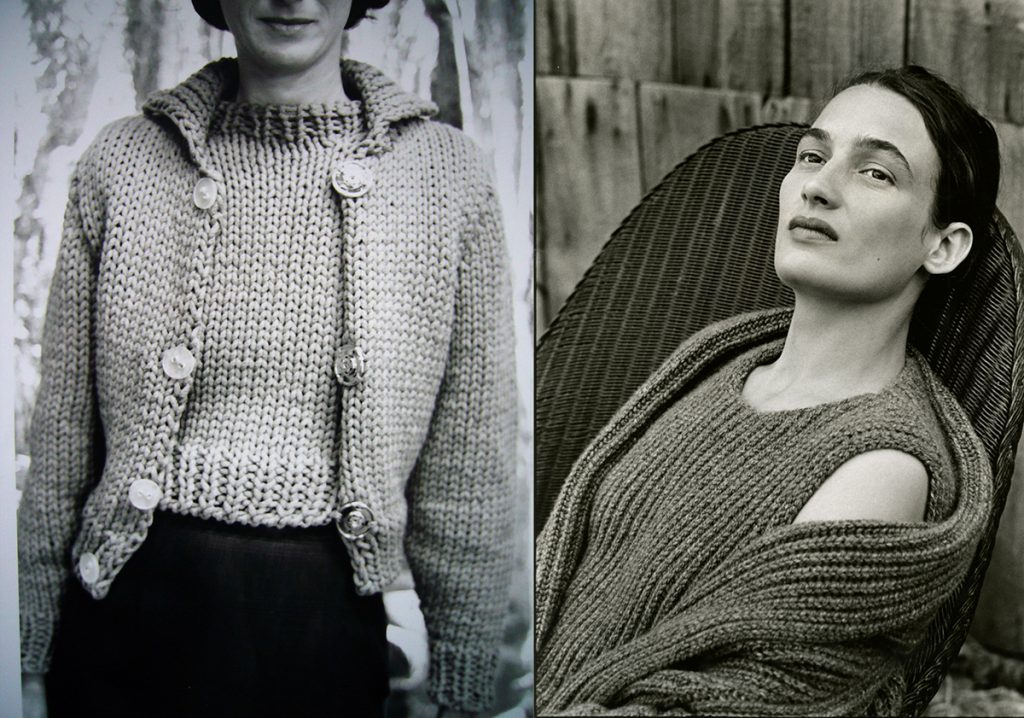 The book and exhibition explore how craft brought Margiela and Hermès together, and how their shared attention to materials led to new creations:

Assisted by the outstanding craftsmanship of the Hermès studios, Margiela was able to distill his design and tailoring into sheer perfection, supported by extensive material research that not only enhanced the comfort of the wearer, but also introduced numerous innovations. 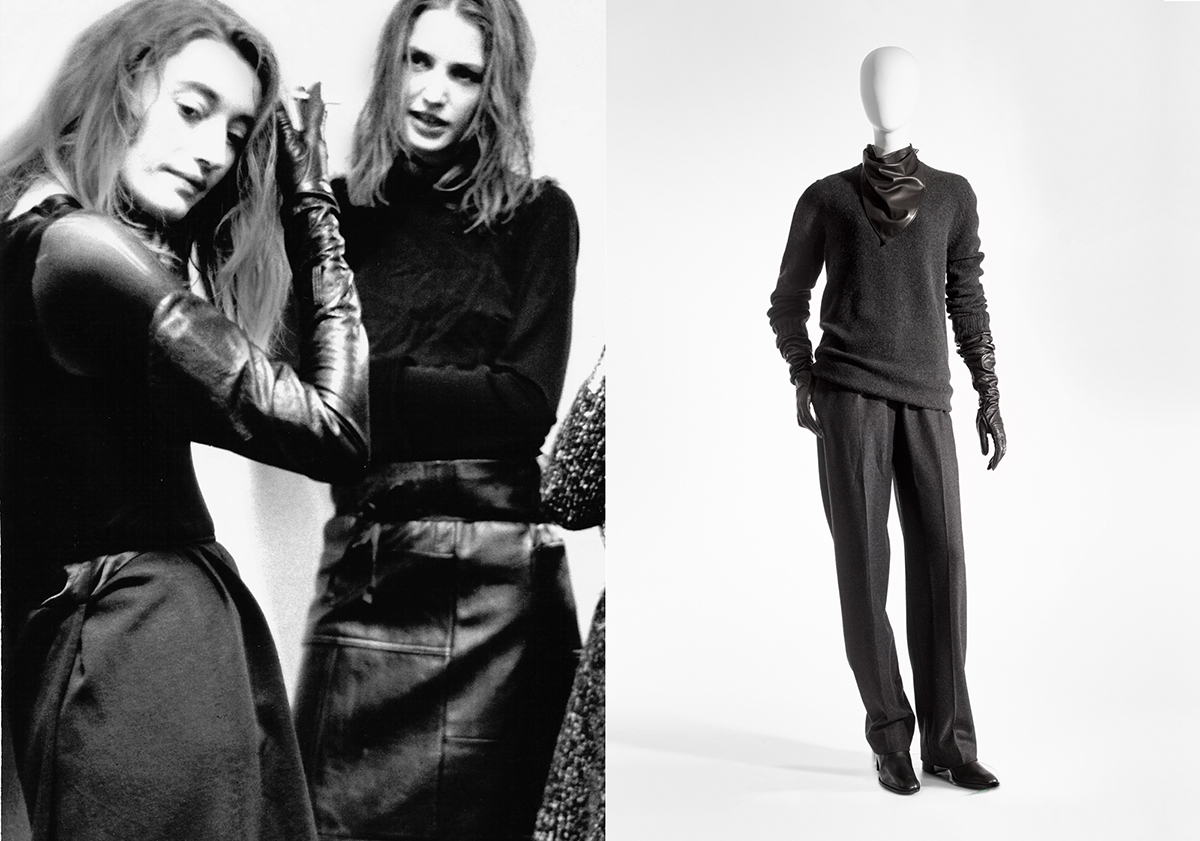 Despite his under-the-radar persona, Margiela has inspired the fashion world for years. Marc Jacobs avows that “Anybody who’s aware of what life is in a contemporary world is influenced by Margiela.” The exhibition contends that Margiela’s impact continues today:

Margiela’s work for Hermès continues to influence the work of many contemporary designers. During Paris Fashion Week for autumn-winter 2016-2017, the international press described Martin Margiela – who retreated from the fashion world more than eight years ago – as the “true protagonist” of fashion week. 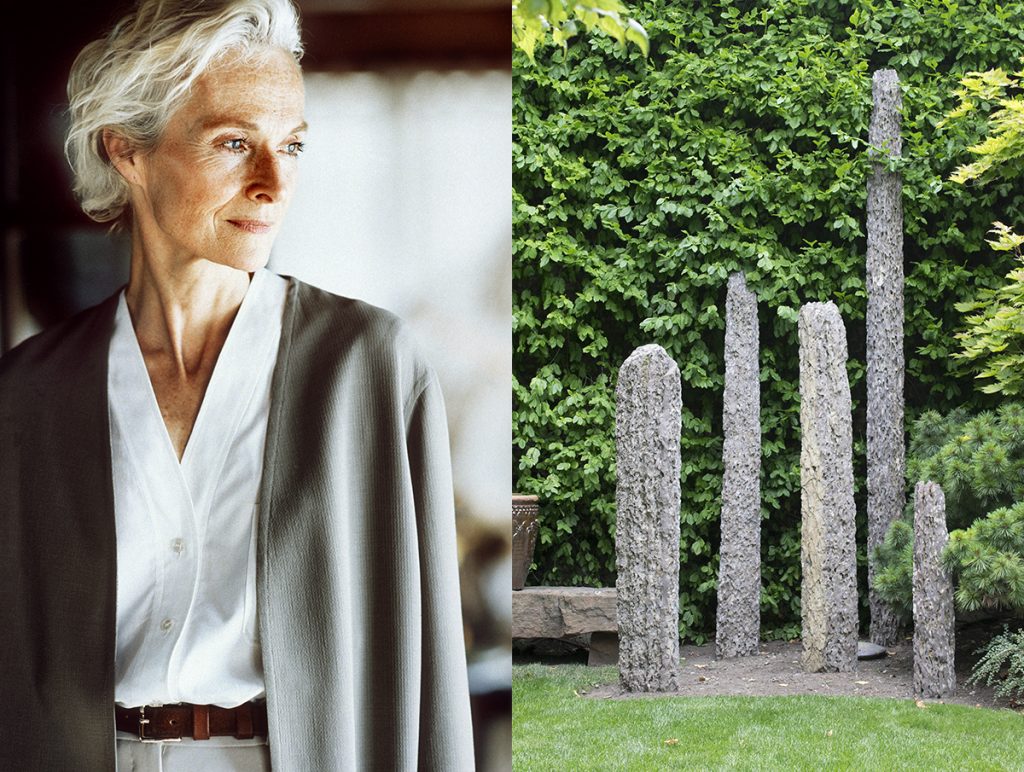 In the spirit of those statements, and in debt to Margiela’s love of turning things upside-down and inside-out, we paired his modern Hermès pieces with ancient handmade objects, continuing a conversation between design, past and present. 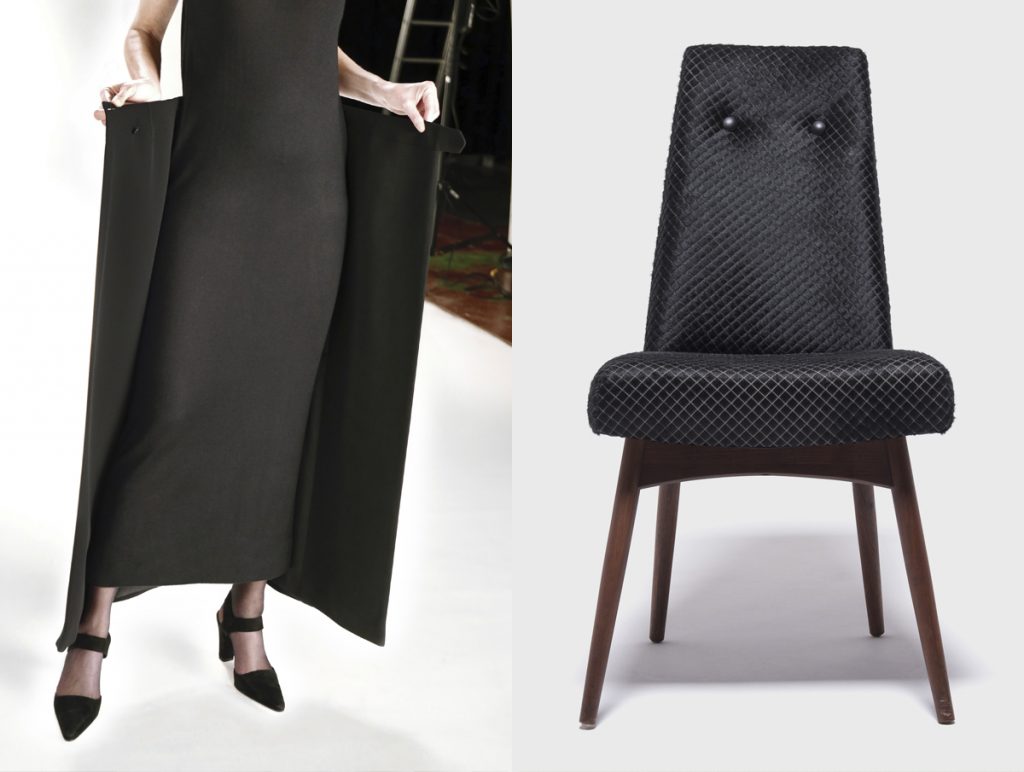 Margiela’s “outsider” status may have lent him a particularly inclusive perspective. He designed for women of all ages, shapes and styles, relying on timelessness and tactility to draw people in. His shapes and color palette echo those of ancient objects, like Taihu stones that stand for centuries. A silk ottoman skirt opens to reveal an inner layer. Likewise, a vintage PAGODA RED chair covered in laser-cut hide creates a texture that displays its depth only on close inspection.

Margiela’s work intrigues us for its balance of irreverence and elegance, a combination that’s rare but enduring. When clothes or objects can charm while subverting norms, they’re worth a deeper look.

Margiela: The Hermès Years is on display through August 27, 2017 at the ModeMuseum in Antwerp, Belgium.