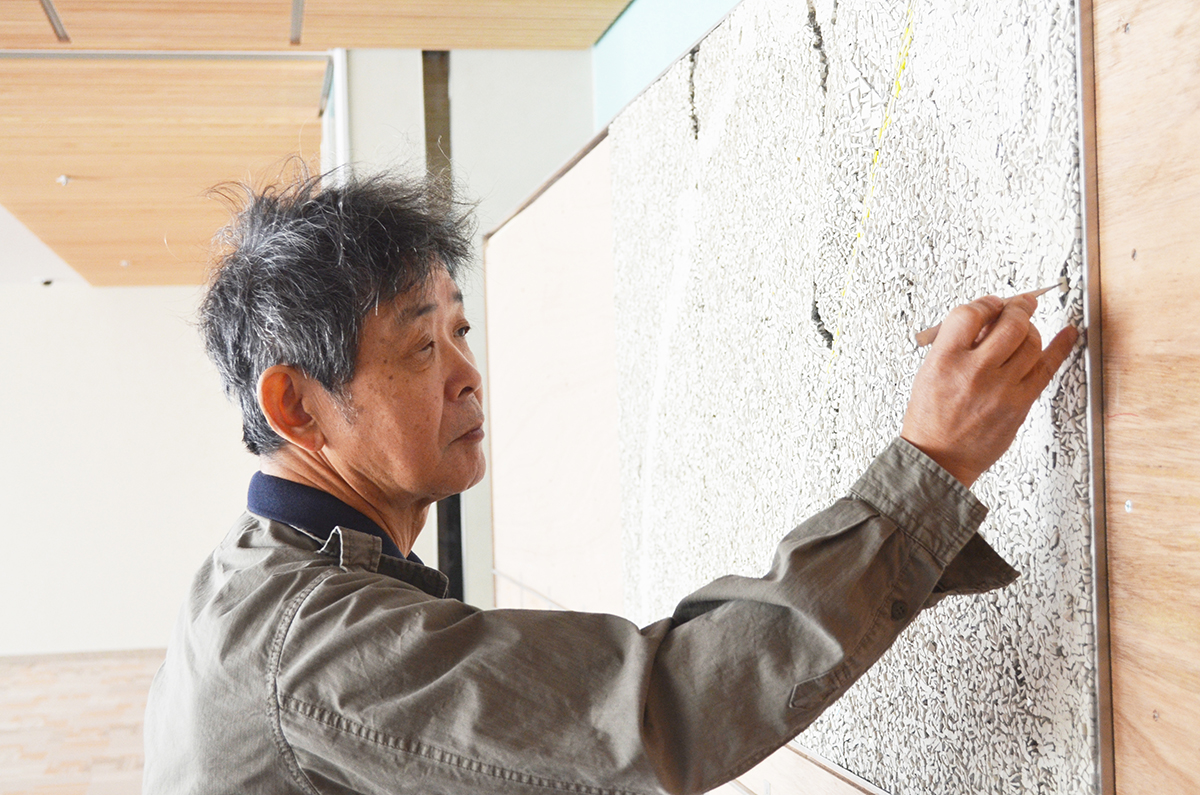 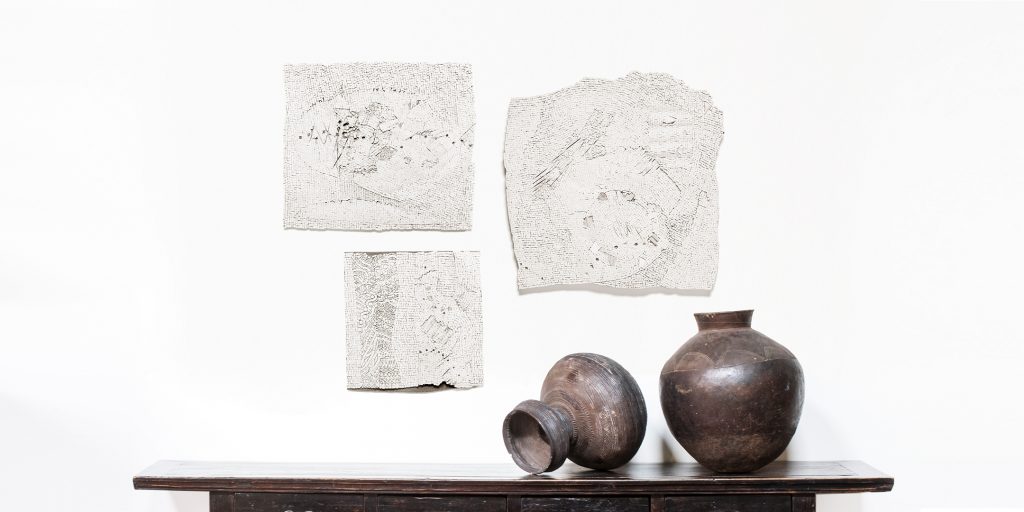 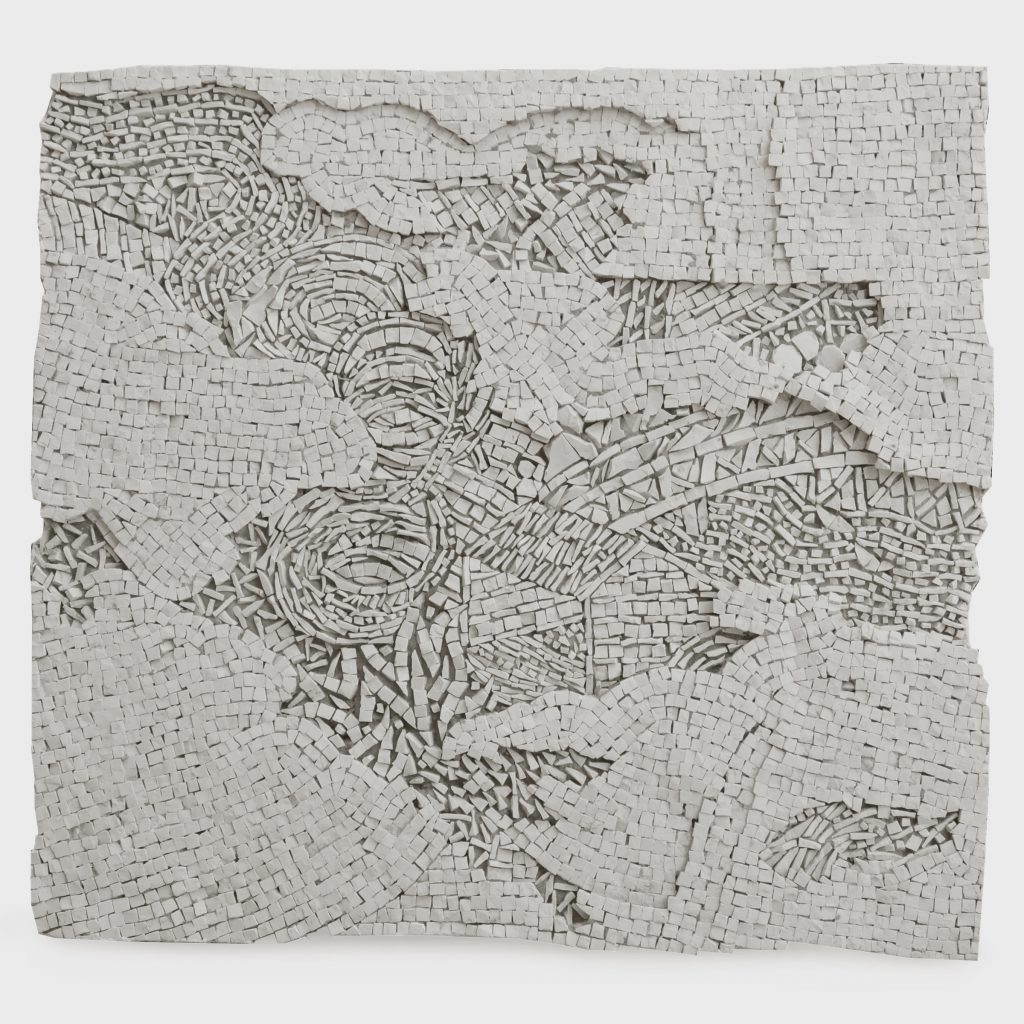 “A Corner of Town” Mosaic by Toyoharu Kii

Kii’s inspiration is frequently drawn from traditional art forms, especially evident in his recent mosaic “A Corner of Town,” informed by Japanese screen-painting. In traditional Japanese screen-painting, clouds are expressed as solid shapes of gold color and juxtaposed with bird’s-eye views of intricately painted cities. Kii modernizes that language, using texture to assume the role of color. In this piece, he contrasts shapes composed of similarly sized tesserae with varied patterns that suggest trees, a bridge and a wandering stream.

Born in Ehime, Japan in 1953, Kii studied at the Tokyo National University of Fine Arts in the 1970s. After graduating, he traveled to Italy on a scholarship from the Italian government. In Florence, he learned traditional stone mosaic making. He took the knowledge back with him to Japan, where he opened Mosaic Atelier ING. 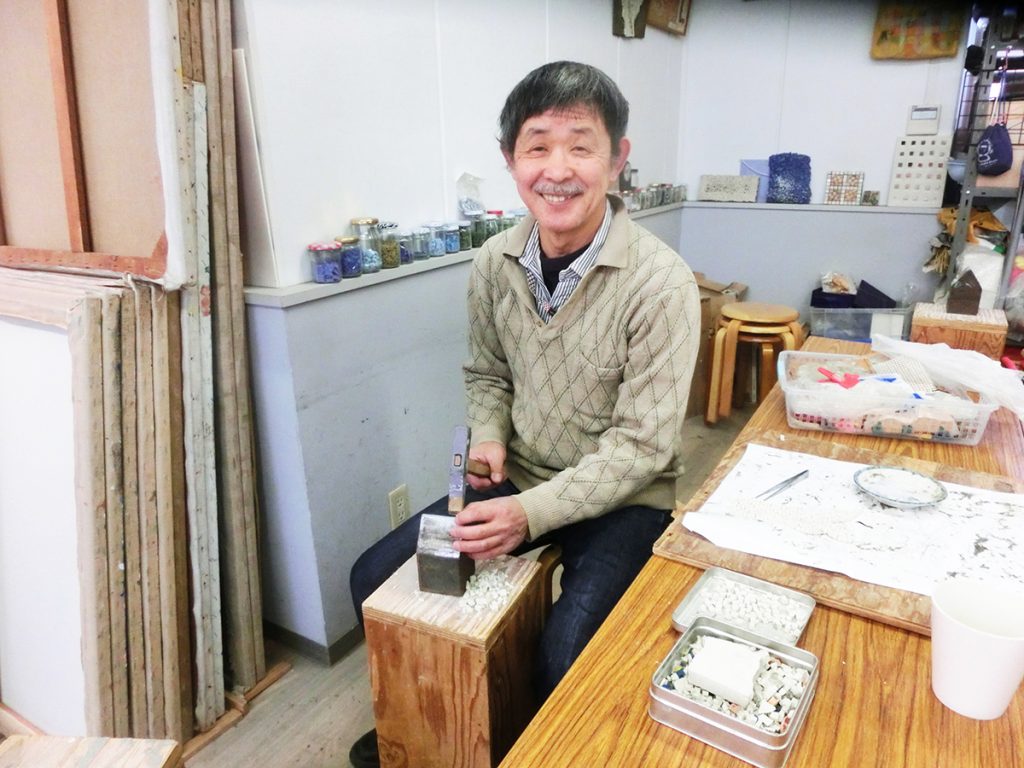 Toyoharu Kii in the Studio

He has come to be revered as one of Japan’s leading mosaic artists and teachers, and has served as Chairman of the Mosaic Art Association. He currently lectures part-time at Joshibi University of Art and Design and Musashino Art University. His work has been featured in exhibitions worldwide, most recently in exhibitions in the US, Ravenna, Italy, and Turkey. Kii also creates incredible large-scale mosaic installations in public spaces. 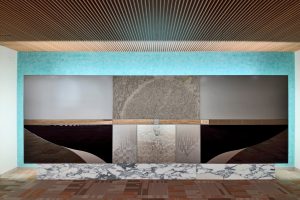 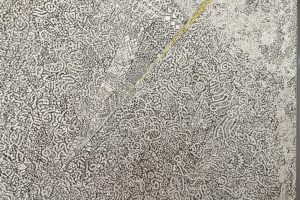 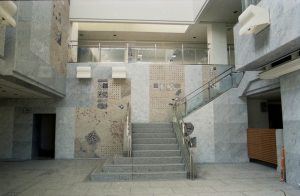 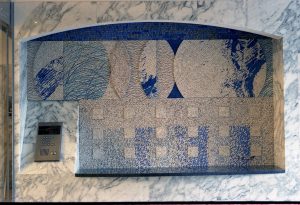 Installation in a Myoden Condominium by Toyoharu Kii

In June, 2016, he traveled from Japan to Chicago and opened his first exhibition at PAGODA RED. Toyoharu Kii: Modern Mosaic // Ancient Process featured works in marble and smalti from the last seven years. In 2017, he won Best in Show and Juror’s Choice Awards at SAMA (The Society of American Mosaic Artists). That summer, we hosted Toyoharu Kii: New Frontier in our Fulton Market gallery. 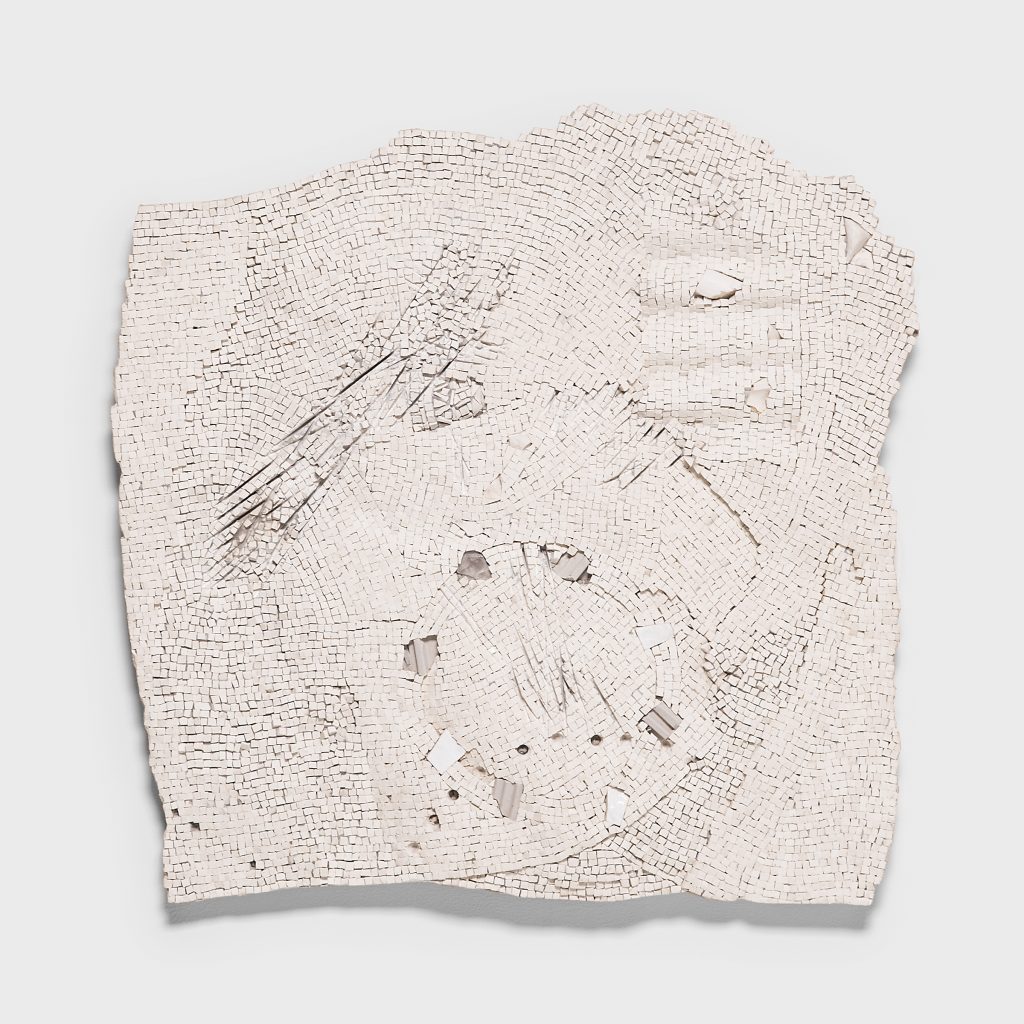 In recent years, Kii’s expanding influence has moved from Asia to the rest of the world. We are honored to represent a true pioneer and visionary of mosaics. 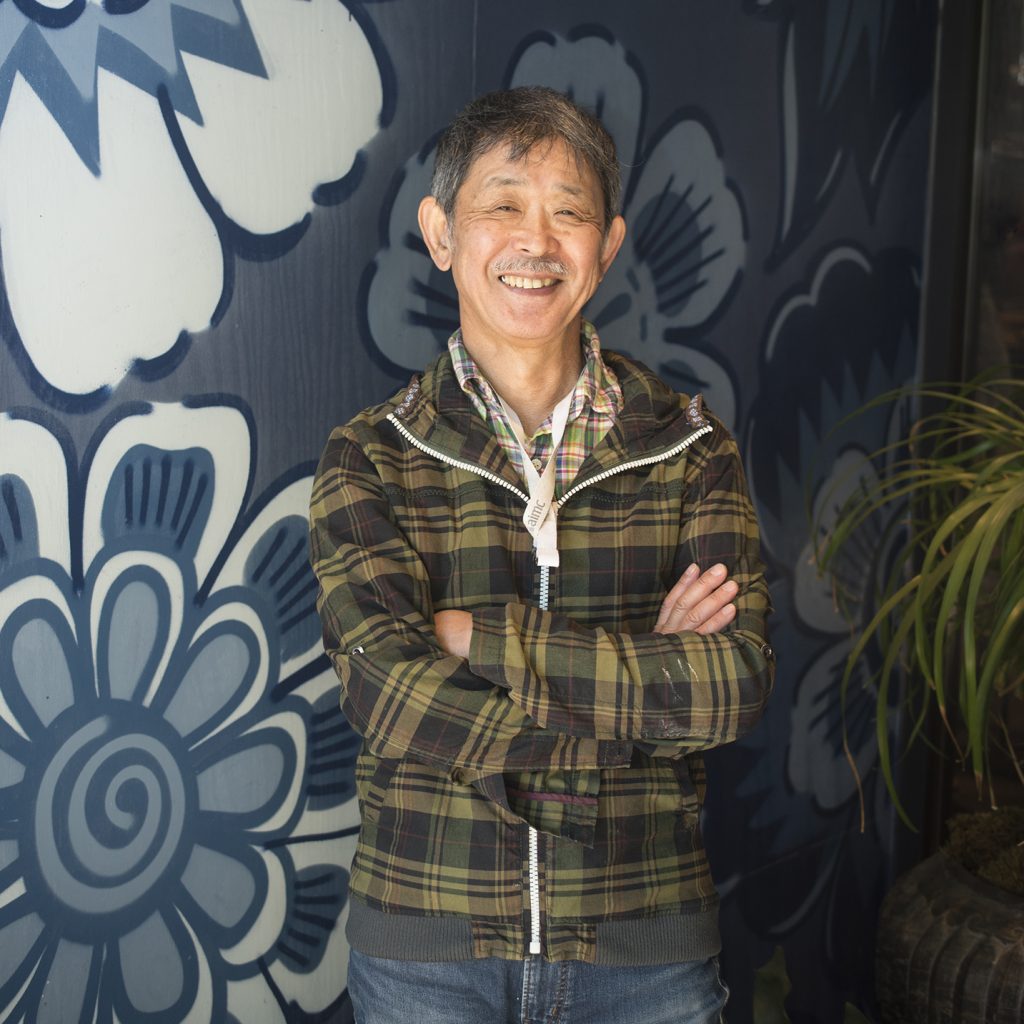 Toyoharu Kii at our Chicago gallery 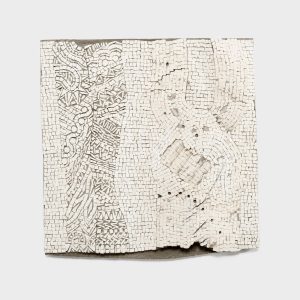 “Flower Near the Staircase” by Toyoharu Kii 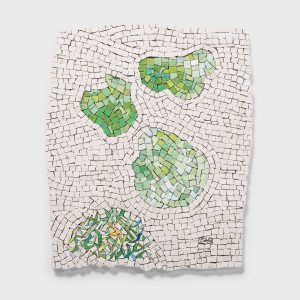 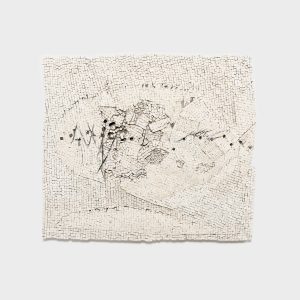