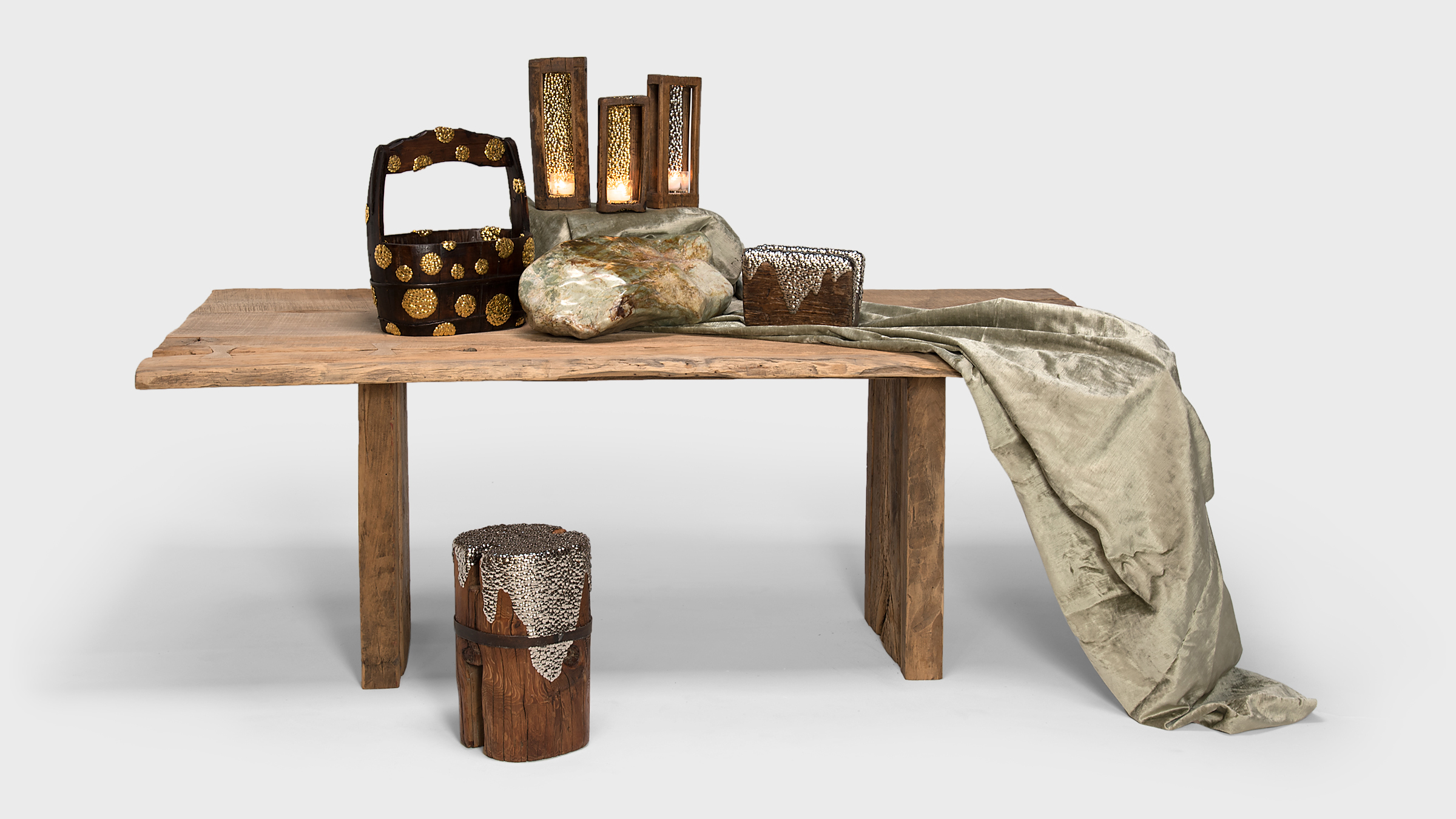 Chicago artist Brian Stanziale has mastered the art of working with metal tacks, from making studded t-shirts for friends to creating brass-adorned coffee table books. “I’ve always been a fan of adding metal to things,” he says. “I think I was the only child in grade school that actually wanted braces.” Stylist, designer, and artist, Brian does it all, and creates his works under his moniker, the bms. His gold-and-silver studded objects are artfully photographed and they’ve earned a cult following among collectors and luxury design-lovers. We’re thrilled to work with him on our latest collaboration. 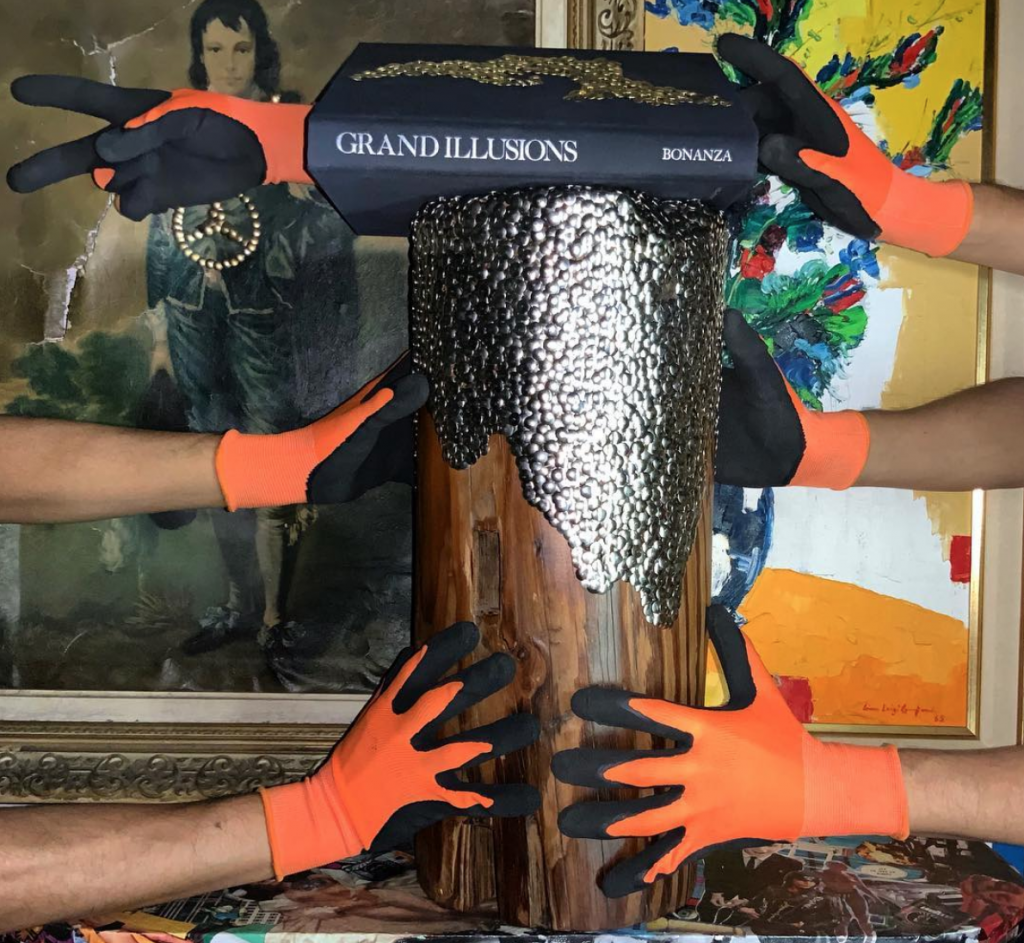 To create this studded collection, Brian walked through the PAGODA RED showroom, choosing storied objects to embellish. “I felt like a kid in a candy shop,” he says.  “It reminded me of my fashion days.” Formerly the owner of New York boutique Sloane from 2008-2010, Brian found inspiration walking through the garment district’s many fabric shops. Today, his creative instincts lead him more often to interiors.

“I’ve seen that people take a certain level of care for their homes that they no longer do with their clothing,” he says. “With the internet, a nice dress doesn’t have the same cache that it used to. People can find it from any number of places in any price point. It made me realize that real luxury is in the home, the things that people choose to surround themselves with.”

He found plenty to work with in the PAGODA RED warehouse, including antique grain carriers, chicken troughs, bamboo headrests, and low stools once used by Chinese shoemakers. Covered in brass studs, the troughs and headrests are re-purposed into candle holders that reflect and refract light, as Brian says, “like a glowing pot of gold.” 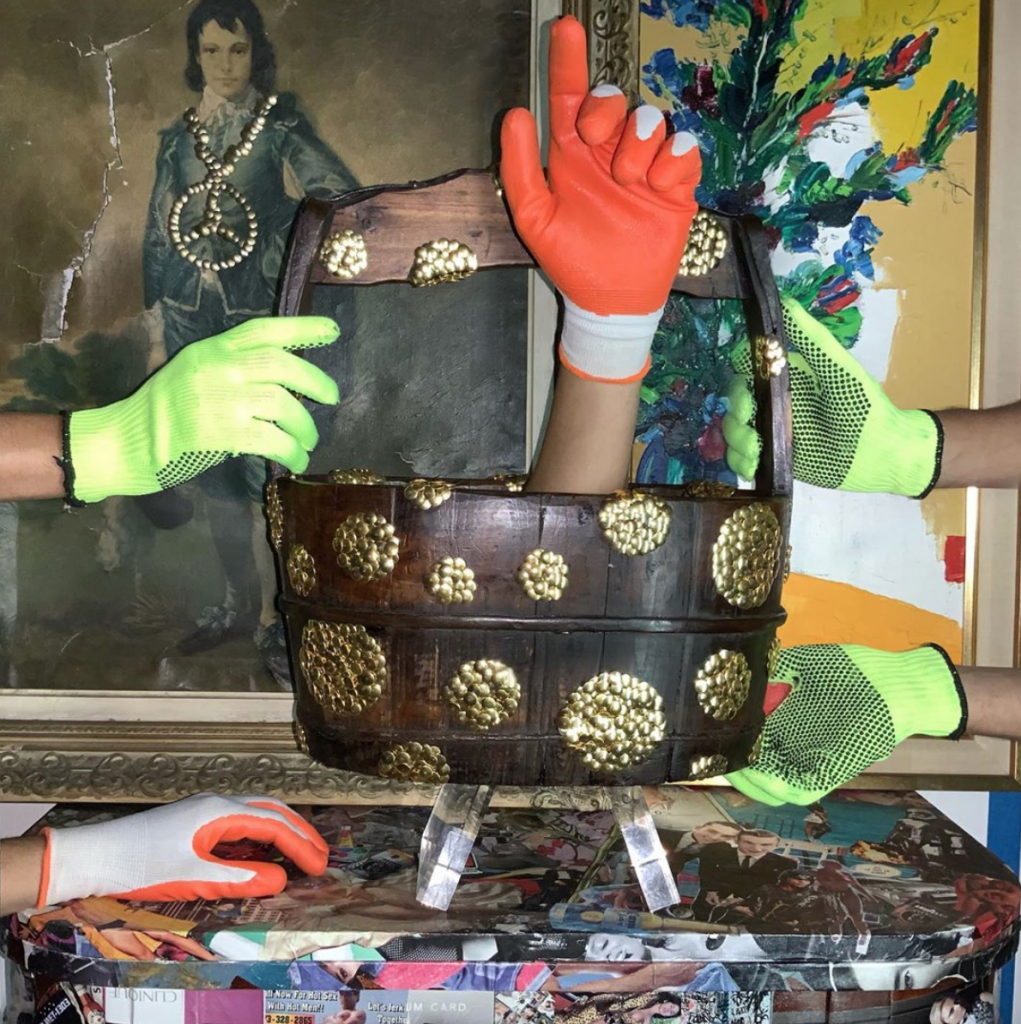 Adorned in studded medallions, the grain carriers begin to resemble luxury designer handbags. “They would look great filled with dried flowers, on display in a foyer or powder room,” he says. For each piece, Brian drew inspiration from kintsugi — the Japanese art of mending broken pottery with gold or silver lacquer. He explains:

“I love the idea of a piece being so important to you, that if it were to break, you would go through the trouble of repairing it. Take that a step further, and you have kintsugi. Not only do they repair it, they find beauty in the new flaws, and rather then hide these imperfections, they celebrate them by covering them in gold. It’s not that far from what I do.”

Like kintsugi, Brian’s art embellishes everyday life. A shoemaker’s stool, covered in gold tacks, becomes a dressed up mail sorter for an entryway. Studs adorn a reclaimed joist table, transforming it into a luxury object. 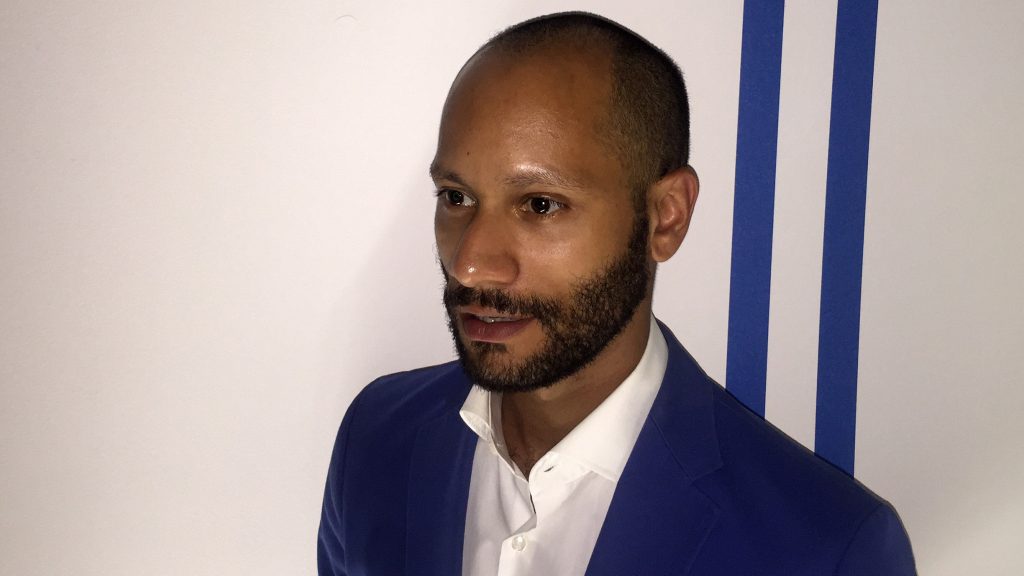 Brian’s fascination with altering vintage objects took off in 2014, when he started his ongoing project, the bms. He began with coffee table books, redesigning the covers using thumb tacks. “I’ve always really liked working with things from the past,” he says. Searching for ways to make old things feel new, he is never at a loss for ideas  – as long as he has materials to work with!

“Sloane was redesigned vintage,” he says. “The bms is redesigned books, and PAGODA RED is redesigned furniture. It feels like the next step in my evolution, and one I’m excited to take.”