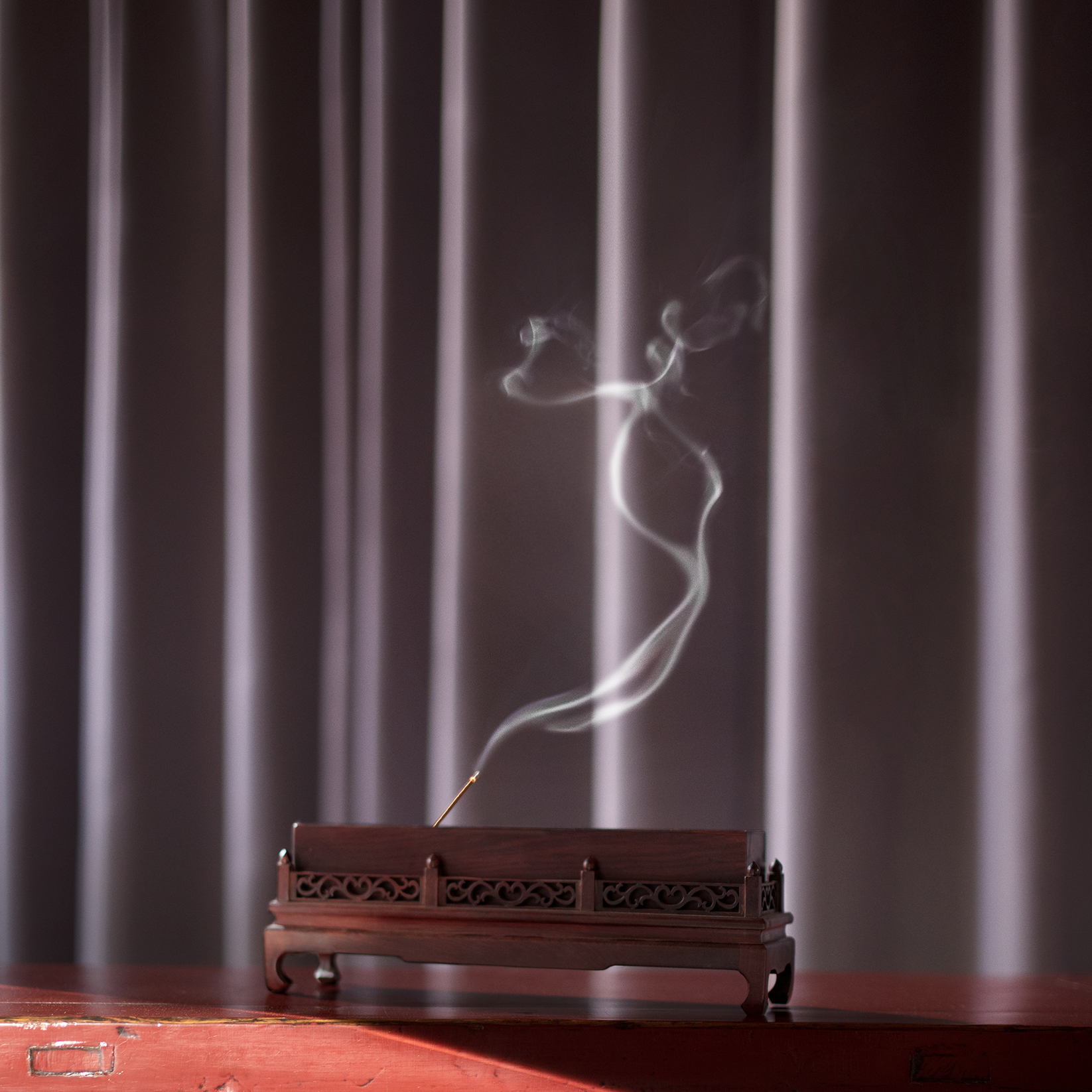 The Art of Incense with Cinnamon Projects

A beautiful object creates a moment, whether it’s a sculpture that draws you into conversation or a Qing peachbloom vase filled with complementing peonies. Few objects, however, create the impact of an incense censer. Alone, a great censer, also known as a burner, is an objet d’art. But alight with fragrant, gentle incense, the censer transforms its surroundings and delights the senses.

The sophisticated, design-forward possibilities of incense are epitomized by Cinnamon Projects, a New York-based studio founded in 2014 by husband team Andrew Cinnamon and Charlie Stackhouse. Their evocative incense — named for times of the day and chic cities like Los Angeles and Milan — are favorites of ours. By moving beyond traditional notes like frankincense to incorporate hints of mandarin, iris, vetiver, and more, Cinnamon Projects has updated incense into a sensory wonder for modern aesthetes. 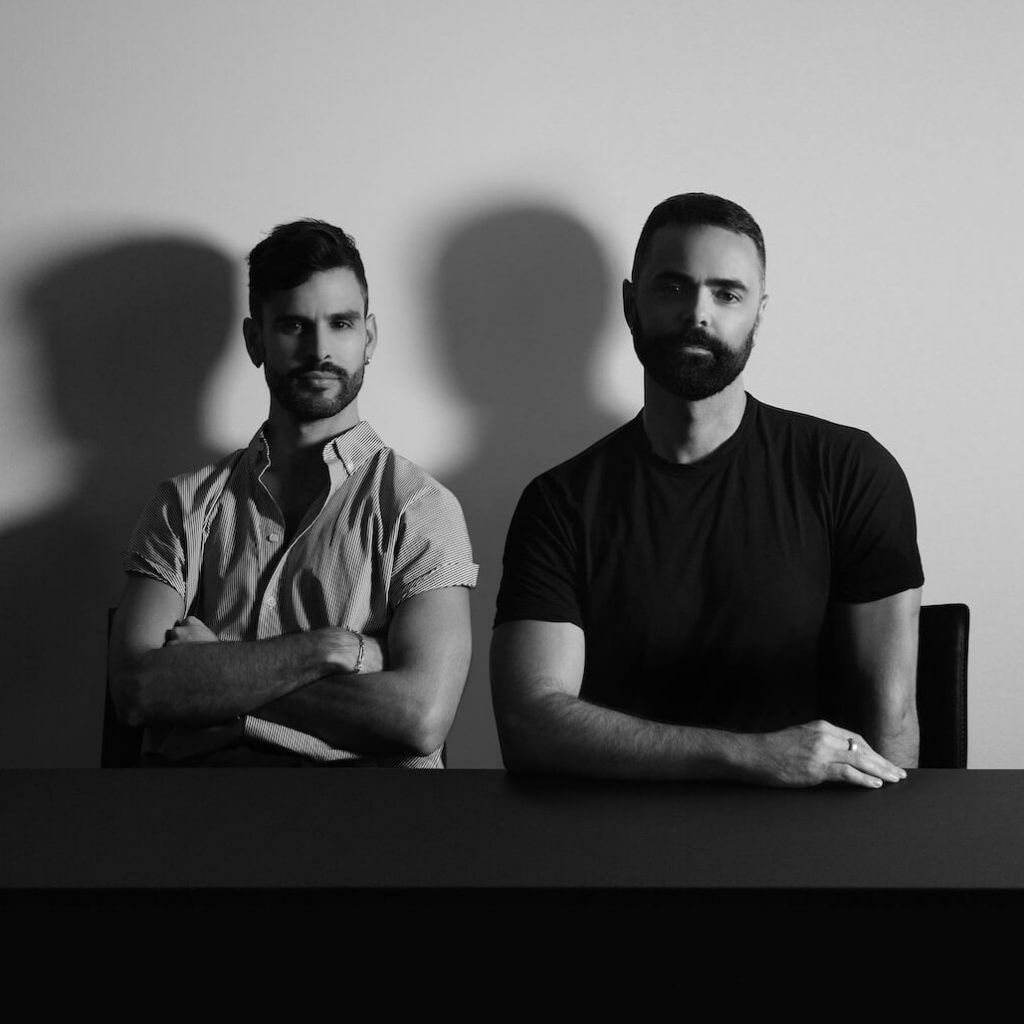 When we spoke to Andrew recently, he cited the storied history of incense as one of Cinnamon Projects’ inspirations, sharing that he and Charlie were “drawn to incense out of fascination and respect for its enduring role in sacred rituals dating back to ancient times.” Spanning continents and civilizations, such spiritual rituals are accompanied by traditional implements and accessories, each a one-of-a-kind work of art that beautifully marries form and function. For decades, it has been a delight to explore and collect these marvelous objects, from elegant bronze bowls to brightly-glazed and spirited pagodas, and imagine all the stories they have to tell. 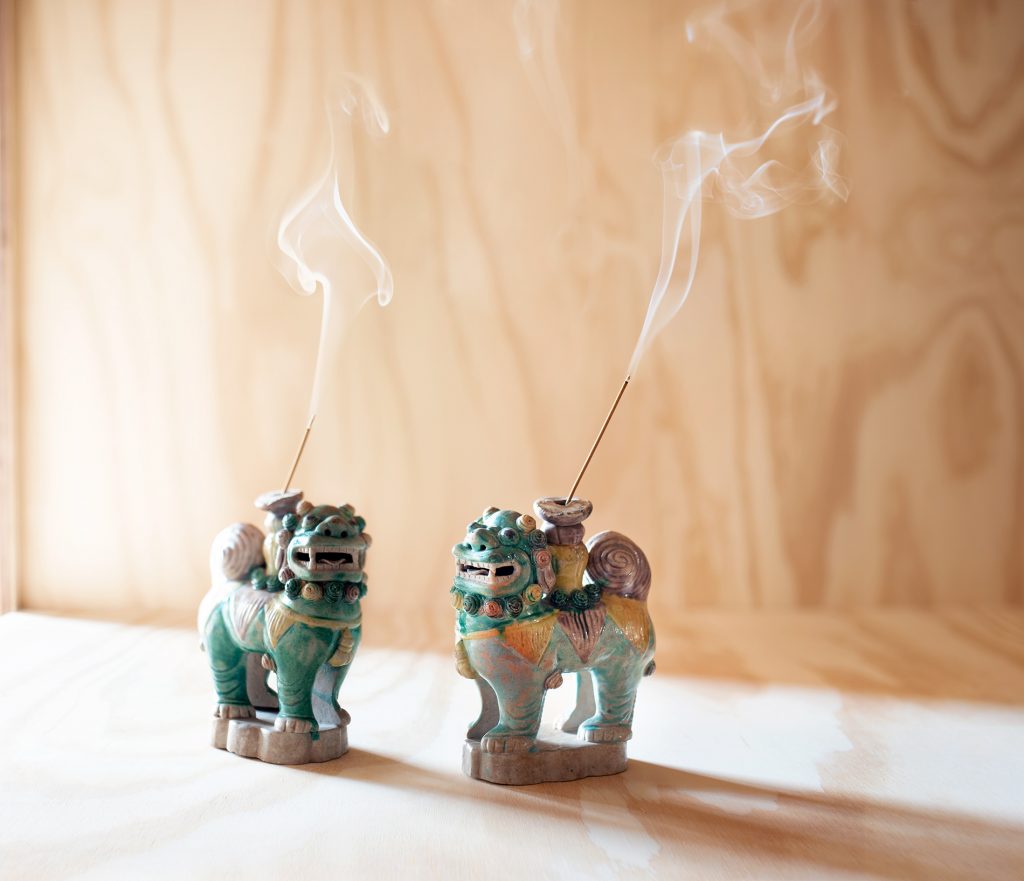 Sancai Fu Dog Burners with 7AM incense by Cinnamon Projects

Recently we found a pair of joyful 19th-century fu dogs, known as benevolent protectors in China, that would have been placed on a family altar. Today, they can be gracious guardians for a meditation space, and come to life paired with black tea-and-marigold infused 7AM incense sticks from Cinnamon Projects. Another found from the same era are a pair of red lacquer pillars with gilt celestial dragons and phoenix, traditional symbols of everlasting love. Further the mood with Cinnamon Projects’ 12AM incense. 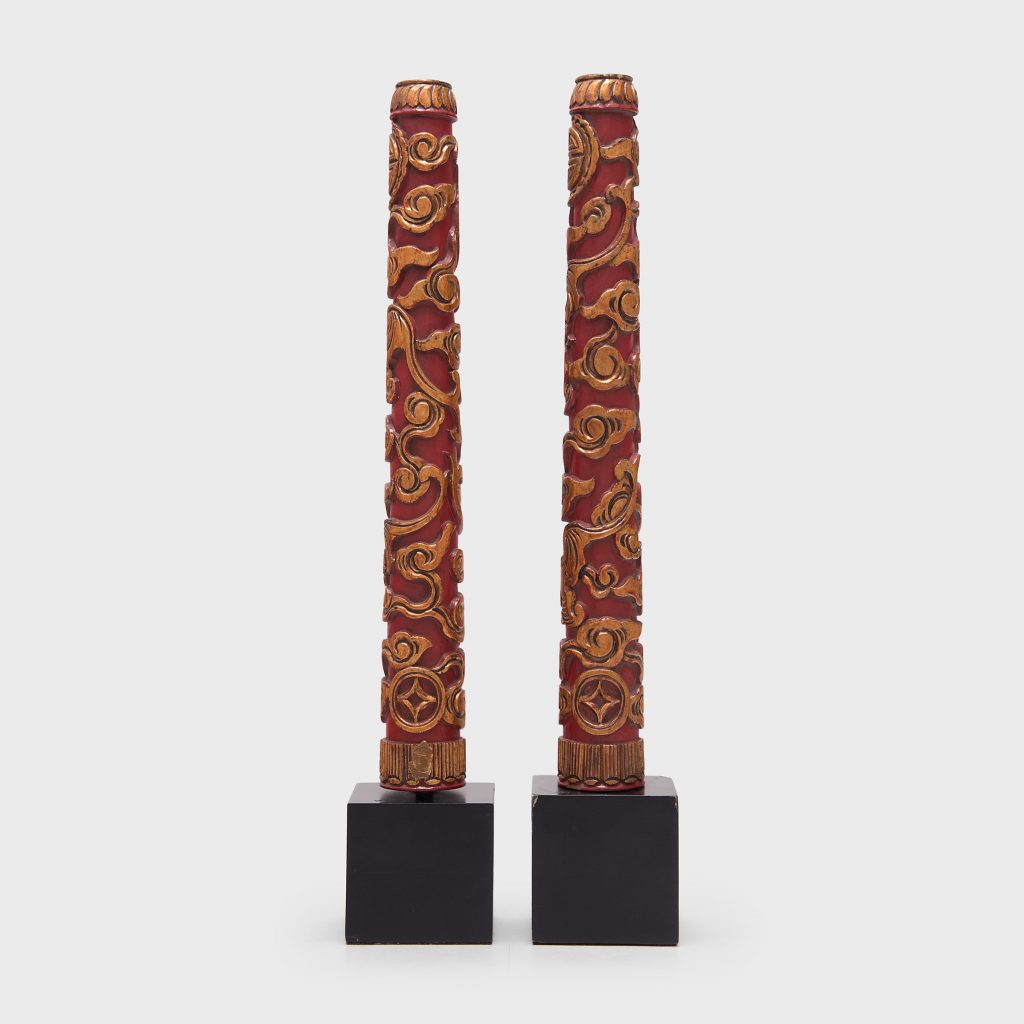 An unusual find in our collection is this pair of early 20th-century pillar burners. Mounted as stand-alone sculptures, these columns are encircled by bats amid abstract clouds, Chinese symbols of luck and good fortune. Add the incense when dinner is over for a glamorous night at home — especially with one of the seductive evening blends from Cinnamon Projects. Our current favorite: 2AM, a blend of cedar, honey, vetiver, and cinnamon. 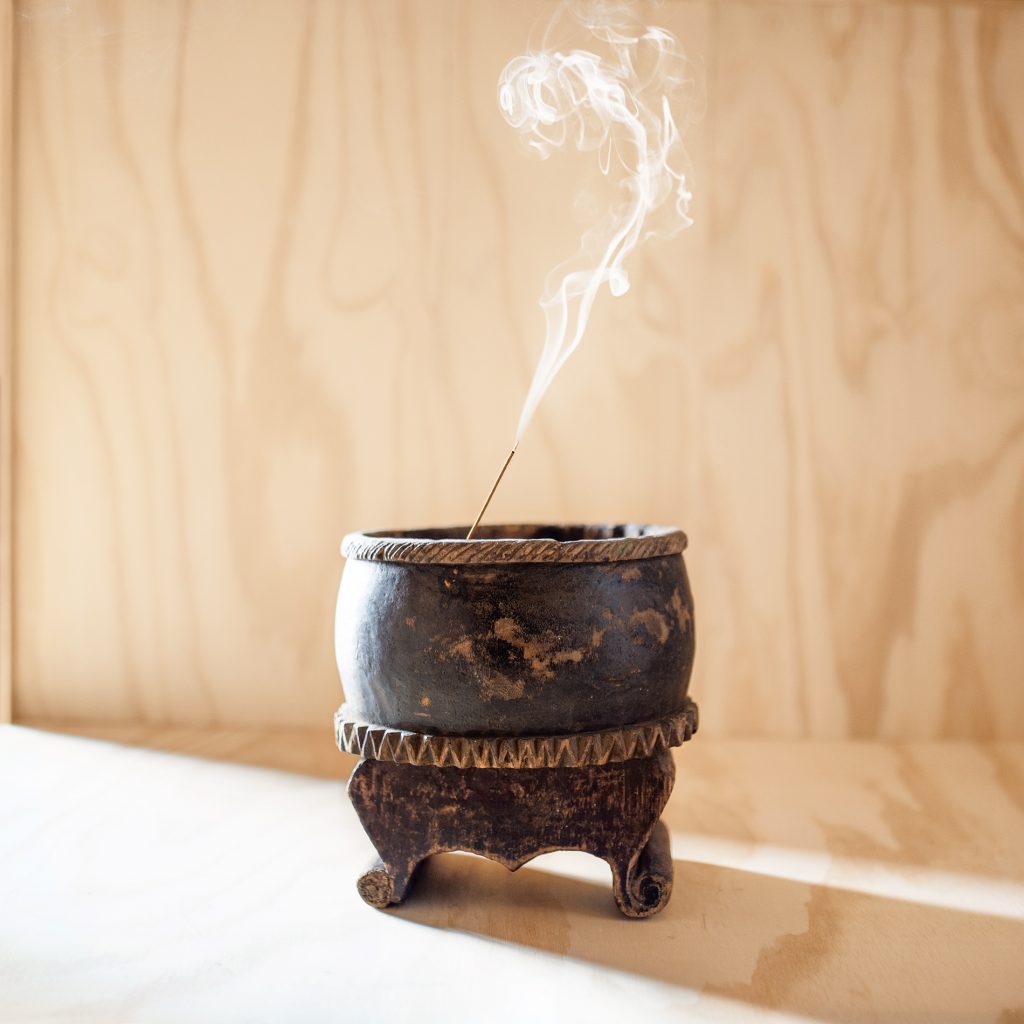 We’ve kept this wabi sabi vessel tucked away. It carries the depth and texture we crave in our digitally immersed lives. It’s earthy form brings us closer to nature, yet still offers a nod to the modern frills we love. Fill it with sand or collected pebbles and pair it with 4PM from Cinnamon Projects to transport yourself to that sensitive and connected place we all love to go. 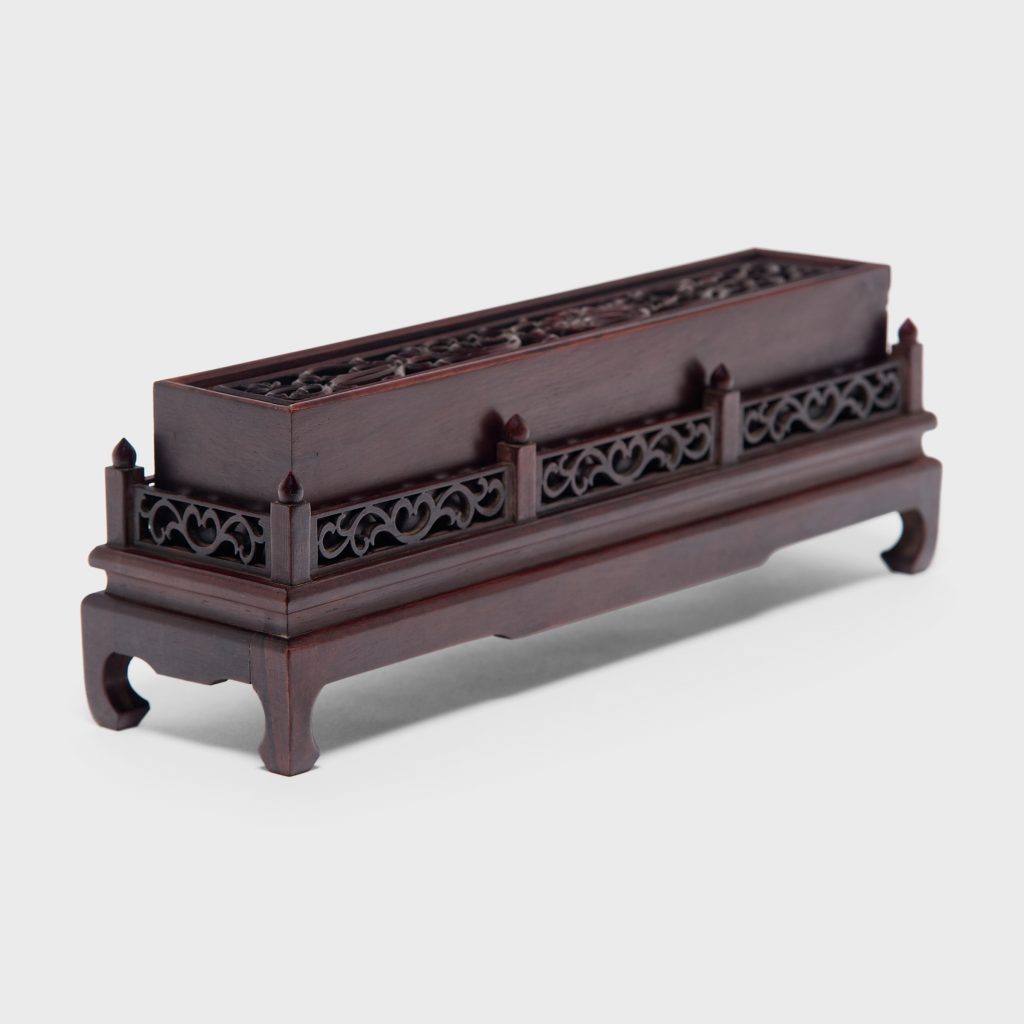 This intricately carved rosewood storage box with a sliding lid is the perfect luxurious hiding place for Cinnamon Projects incense or other favorite charms. We imagine the artist, over a century ago, designing its floral fretwork to complement the mood created by mesmerizing, endless vines of incense smoke. We invite this precious object, created by a thoughtful hand far away, onto our own modern altar and respect the art of drifting clouds, a beauty common to us all.

An early 20th-century cixi tray invites a suite of well-selected incense paraphernalia. We imagine it back in the day beside an animated altar spirit, an austere bronze censer and a petite meditation stone. Crafted and blended by hand, Easy Tiger by Cinnamon Projects makes the moment modern. 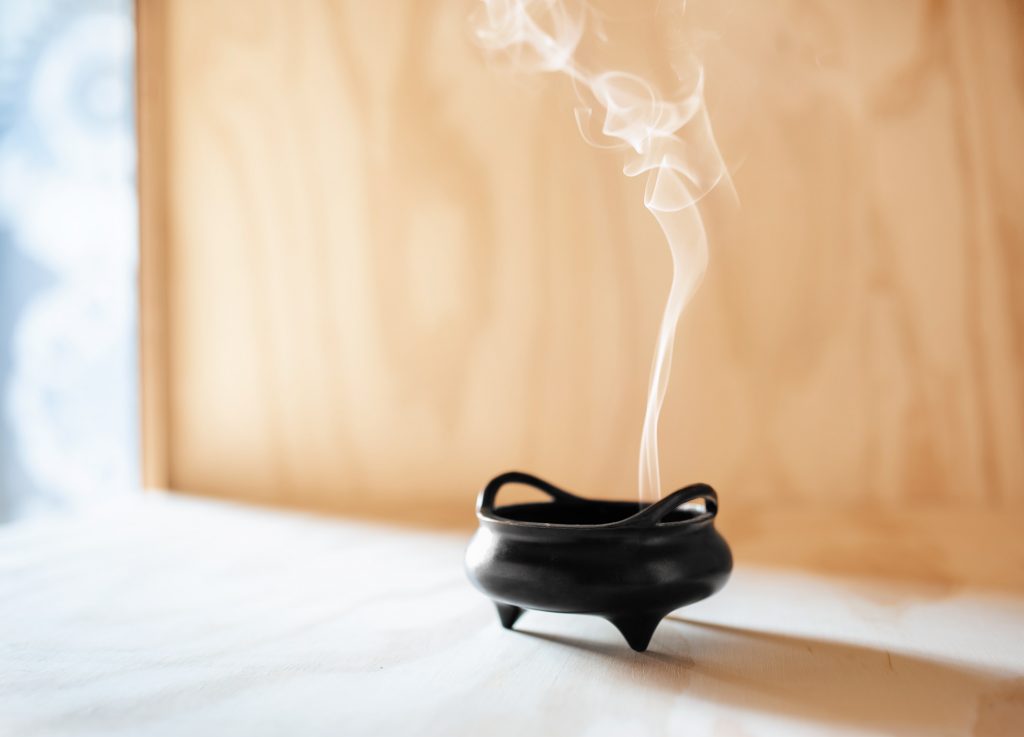 While incense and its rituals have ancient roots, Andrew points out that “incense, beyond simply a clean and malleable canvas for scent, supports an opportunity for modern mindfulness and intention setting.” We couldn’t agree more. The alluring aroma winding upwards from a centuries-old censer demands a moment of pause and allows the past to elevate our everyday lives.

The Art of Incense 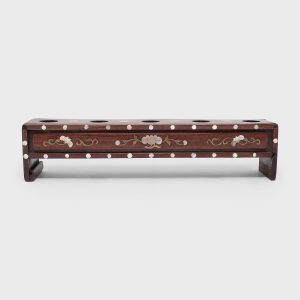 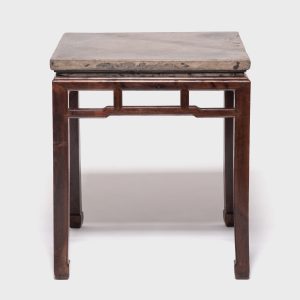 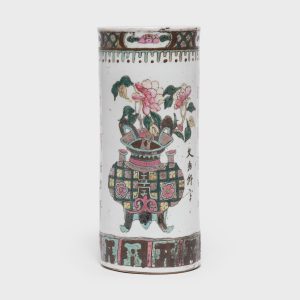