Masters of Form: The Timeless Silhouettes of Chinese Vases

The forms found in Chinese ceramics, many rooted in the style of the Song dynasty (960-1279), appear to be extremely simple, with wonderfully fluid design, making it hard to know where the neck commences, the body leaves off, or the foot begins. Since a textural history tracking the evolution of a ceramic silhouette is not always available, collectors and curators alike prioritize visual observations of shape as the dominant aesthetic element.

Traditionally, the ginger jar (below) has a short and round silhouette with a flattop lid. The Chinese traditionally used these jars to store a variety of goods, including ginger, salt, oils and other spices. The jars became known as “ginger jars” because they often contained ginger when they were exported to the West, largely for decorative purposes. 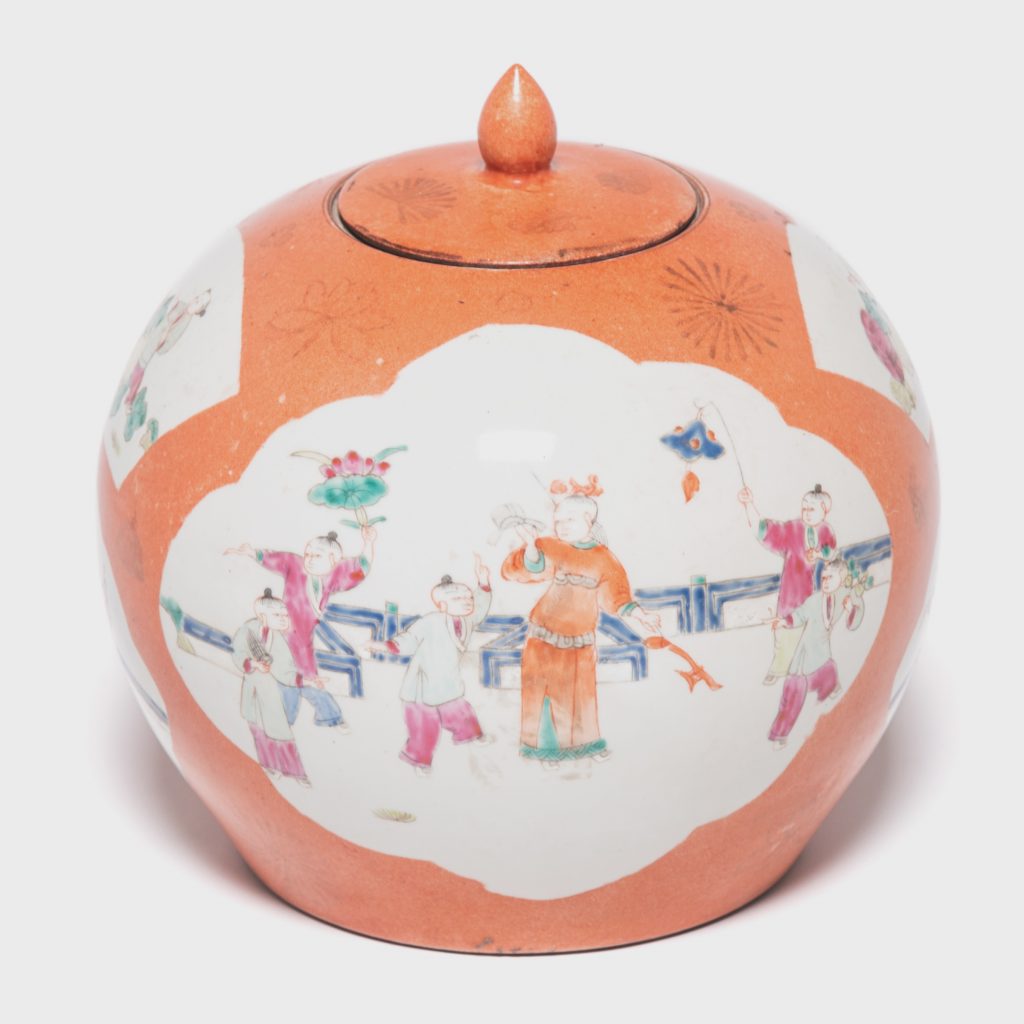 The baluster jar has a tall feminine silhouette with broad shoulders and a body that either tapers to the foot or pinches at the waist then elegantly fans near its foot. The baluster jar is capped by a relatively tall bell-shaped lid, usually crowned with a figure such as a fu dog or an oval pinnacle. Although the lovely casual shape of the ginger jar could never be mistaken for the sophisticated baluster, the name ginger jar often encompasses both shapes. 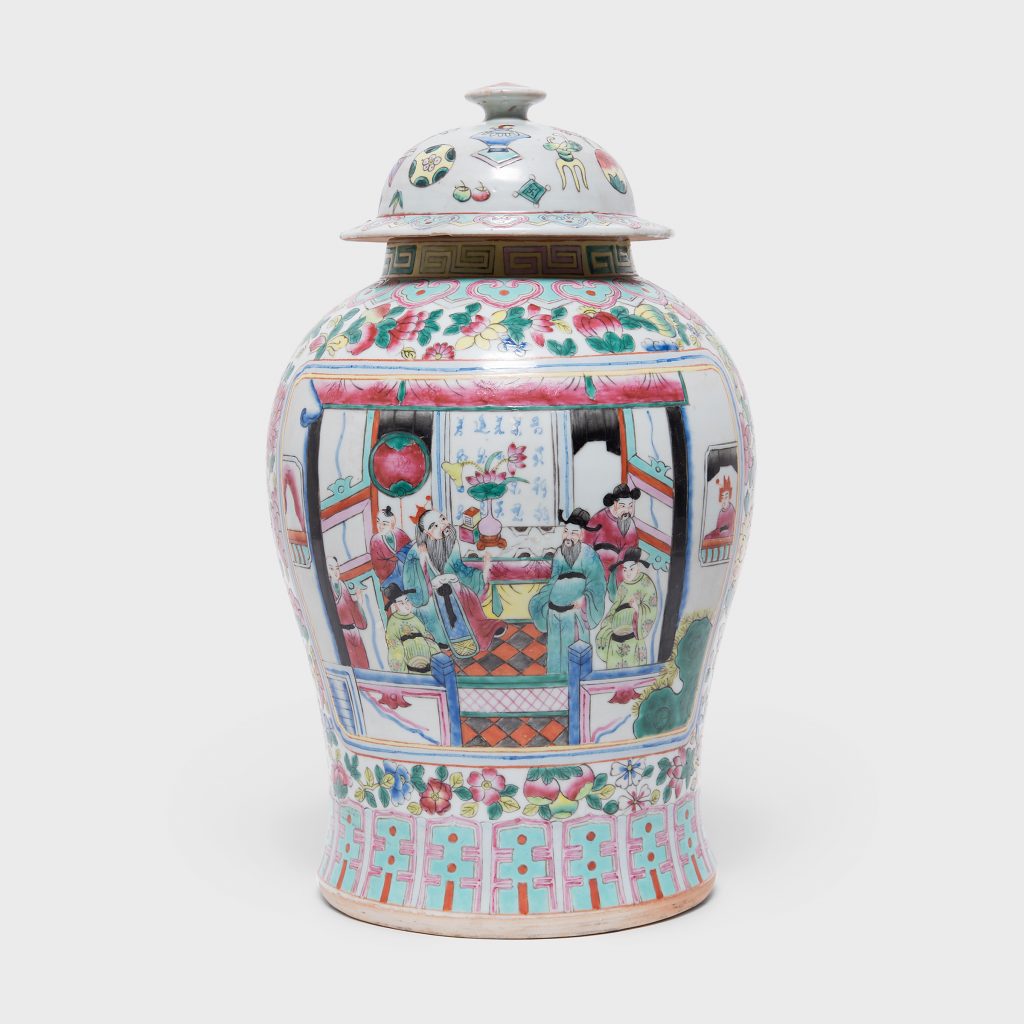 Both are innovations of Yuan dynasty (1279-1368) potters, perhaps it is their similar beginnings that tie them to each other. To the contemporary eye, baluster and ginger jars may seem like familiar jar shapes, especially in comparison to the dramatic silhouettes of the bottle and meiping vases. However, the combination of folk ware with the rich decoration of these jars (such as lids and decorative handles) would have been considered barbarous during the Song dynasty (960-1279). Instead, they were admired and made popular by the Mongol ruling class during the Yuan dynasty. 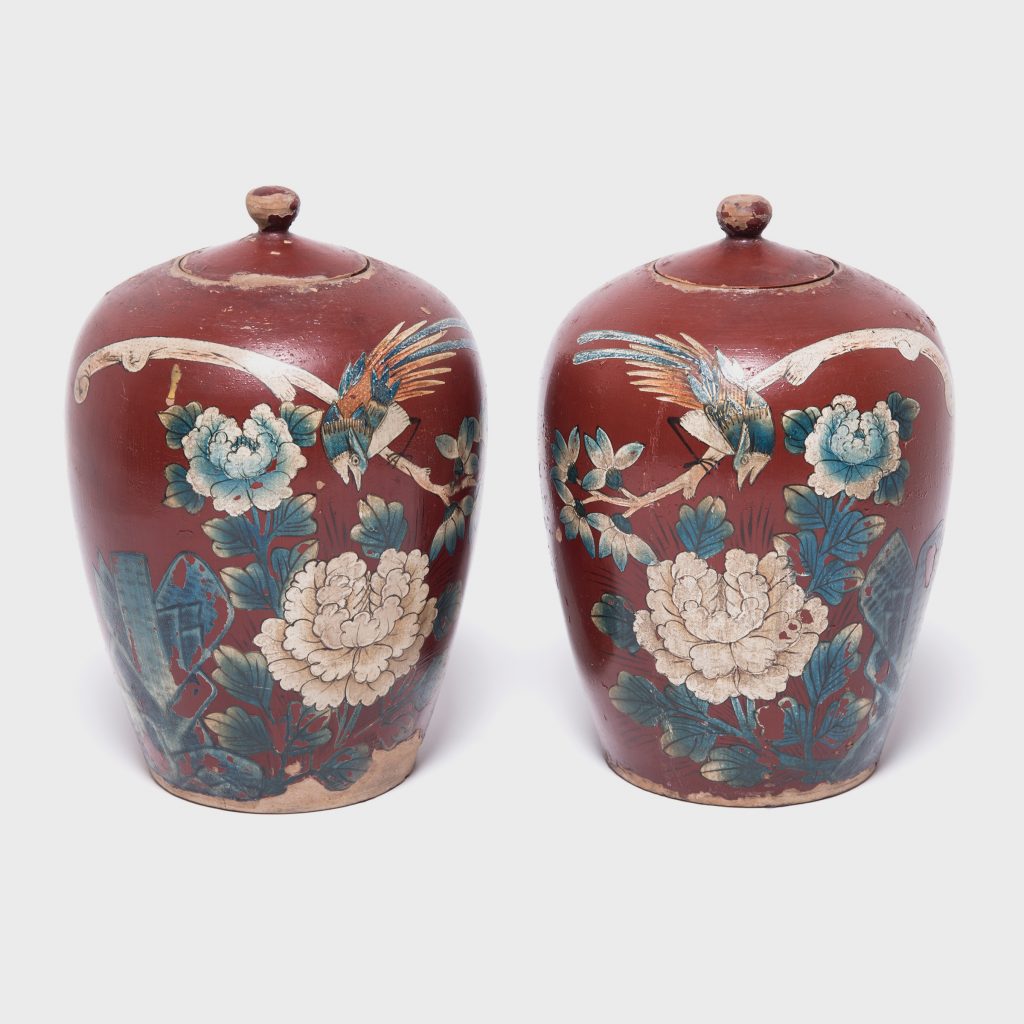 Pair of Prosperity Ginger Jars, circa 1900

Admirers say the “meiping (梅 瓶)” vase, which translates to ‘plum vase’ (below) embodies ideal features–large “bosom” and tapered waist. It is a shape often found in Cizhou stoneware, the common ware of Northern China, named after the kiln-site town of Cizhou. Others note the vessel’s pursed lip and delicate neck, which dramatically opens to a broad shoulder and gradually narrows to a foot. It is believed that the narrow mouth was intended to hold a single plum blossom branch, thus showcasing the subtle elegant beauty of nature.  Hence the wonderful play of words, with mei (美) also meaning ‘beautiful’. 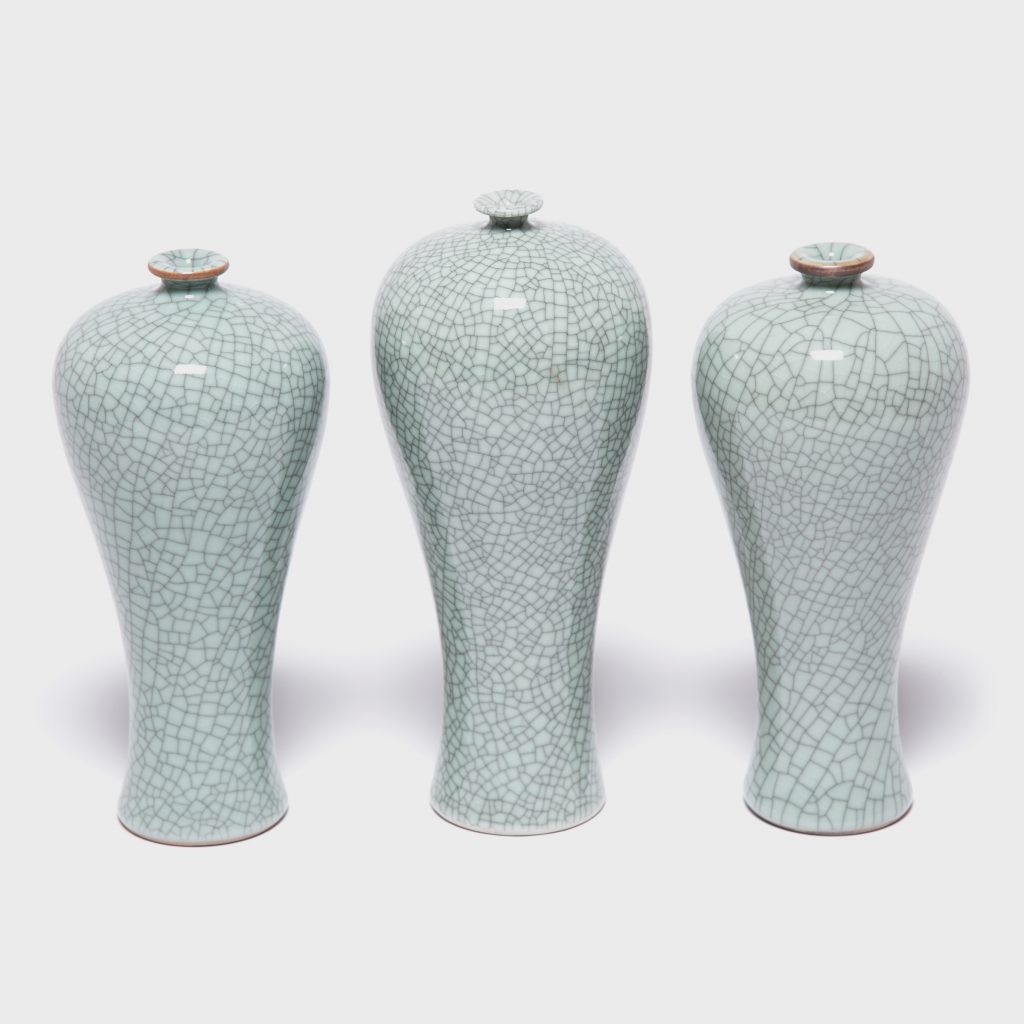 The bottle vase (below) is purely a ceramic form, however, scholars believe ceramists were likely imitating similar silhouettes from ancient bronze vessels. It’s bulbous belly that barely tapers to the foot balances it’s dramatically long neck. Hard and soft, slender and round, the bottle vase embodies the spirit of yin and yang, harmoniously matching opposite aesthetics in one silhouette. 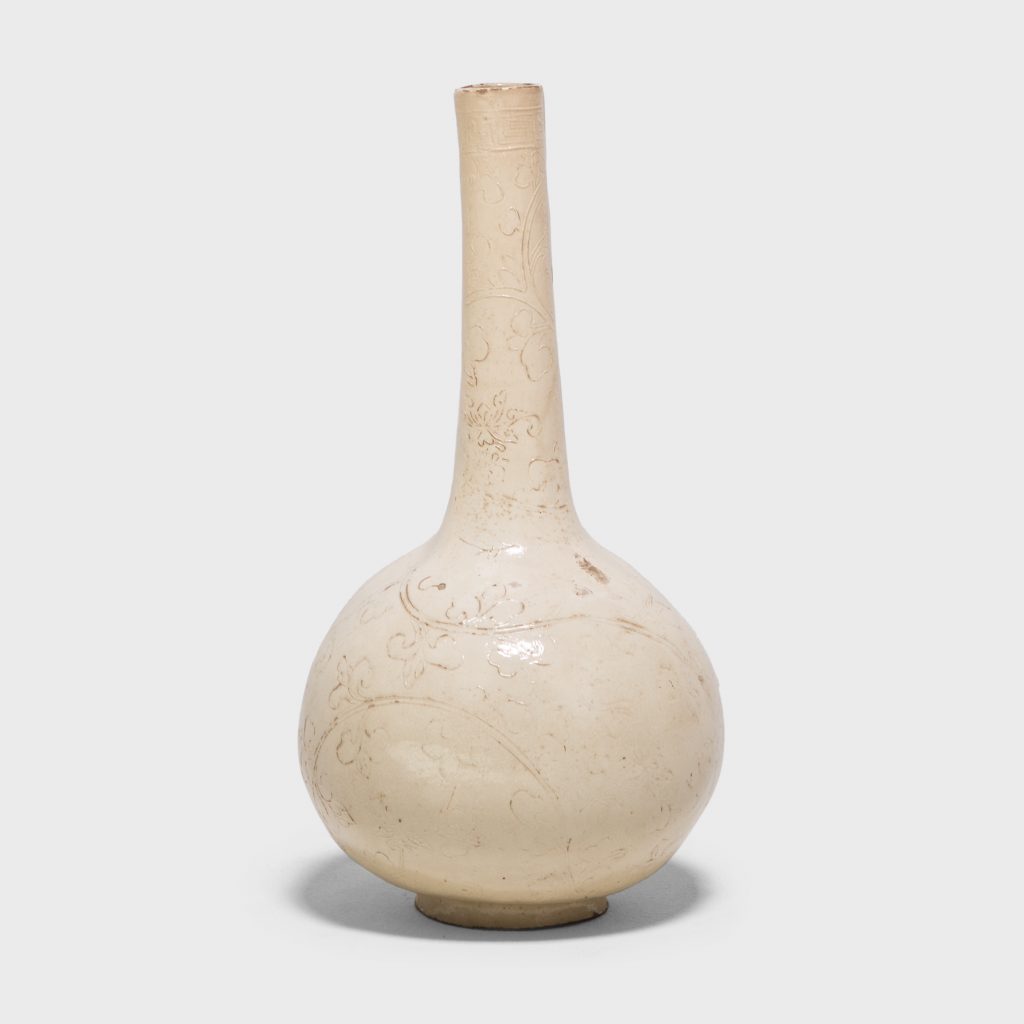 China’s decorative arts borrowed inspiration from the natural world. The double gourd vessel (below) demonstrates the integration of nature, function and technical agility. As the technical knowledge of ceramics improved amongst Chinese potters, the shapes and sizes of pieces became more elaborate, thus sophisticated shapes such as the double gourd emerged. The tight tubular mouth and neck juxtaposed against the graceful curves of the double gourd highlight how effortless and fluid the vessel appears to be crafted. 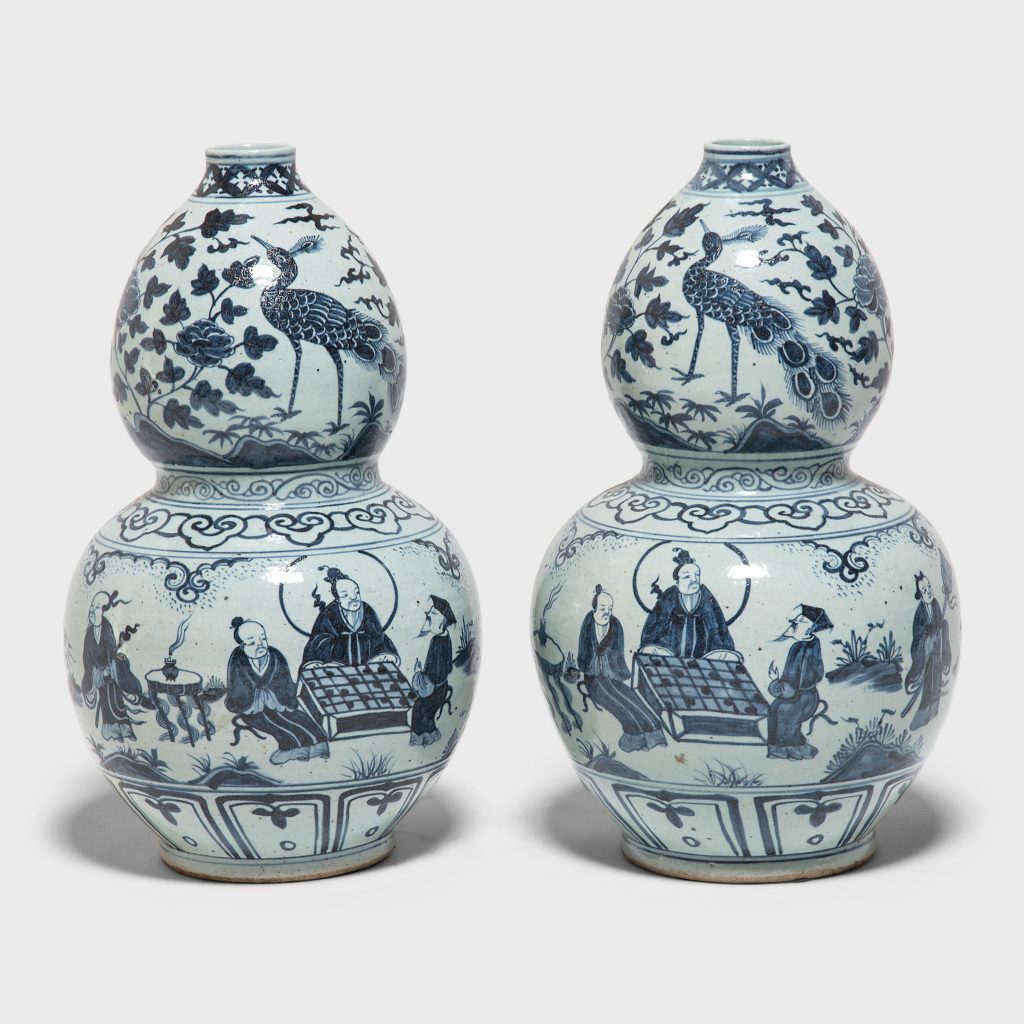 The fish pond is named so due to it’s large size—enabling an indoor or outdoor fish pool, a creative alternative to the modern aquarium. Such large works demonstrate tremendous technical ability. It is likely that their shear size contributed to the traditional name ‘dragon urn.’  These urns are either rendered with straight sides and a squared lip or slightly rounded sides with a large rounded lip. The ornamentation is alive with movement. Our examples show a magpie, a symbol of good fortune and talismans of marital happiness when depicted as a pair. Naturally, the viewer’s eye follows the urns’ turns and form, reinforcing the imagery. 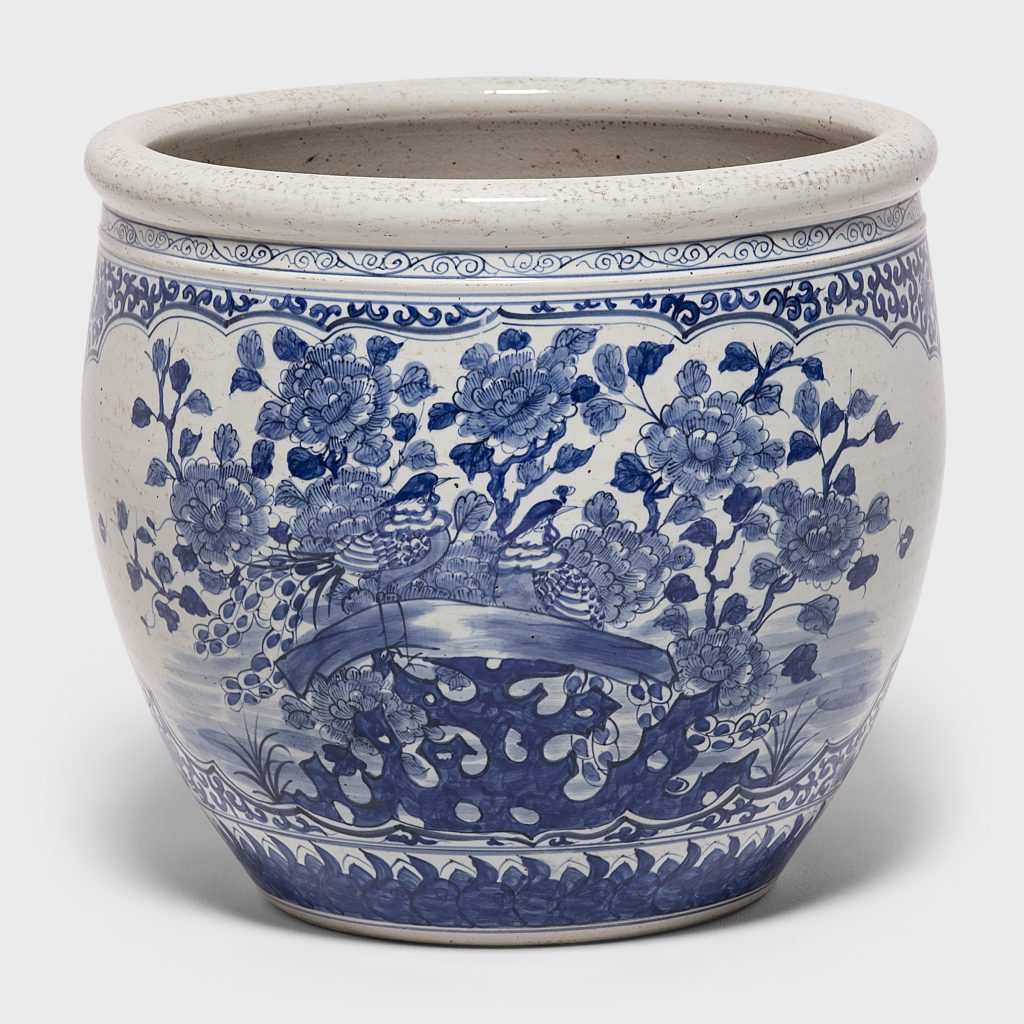 “Magpies in the Garden” Blue and White Fish Bowl

Another gorgeous shape is the phoenix tail vase (below), with it’s delicate hourglass form. One might see a narrow waist and wide hips in between it’s flared mouth and petite foot. This shape was first produced with celadon ware in the Yuan dynasty. As time went on, and it became more common, it could also be found in a variety of colors. The exaggerated mouth and belly require perfect proportions in order for the piece to maintain its balance, both functionally and aesthetically. Although significantly smaller than the fish bowls previously mentioned, the creation of the dramatic form of the phoenix tail vase demonstrates a potter’s skill. 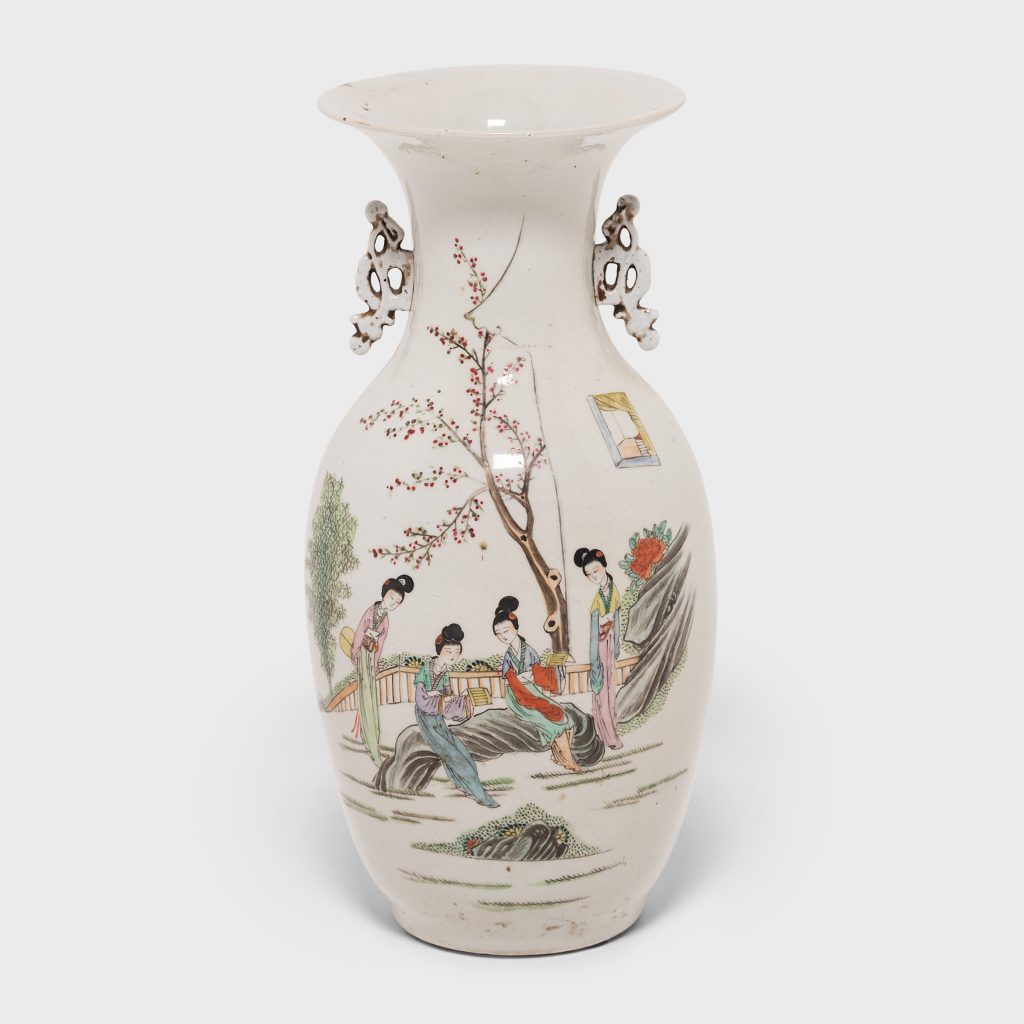 ‘Yi Tong’ means ‘being straight’ in Chinese. It is also a pun on ‘unification,’ implying a kingdom unified. Unlike the curvaceous shapes previously mentioned, the Yi Tong is a clean, cylindrical silhouette. Our example is adorned with figures in a scene from court life.  Like a simple floral design emphasizes form, the narrative of a figure painting requires the viewer to engage with the piece, circumambulating it in order to take in the entire scene. 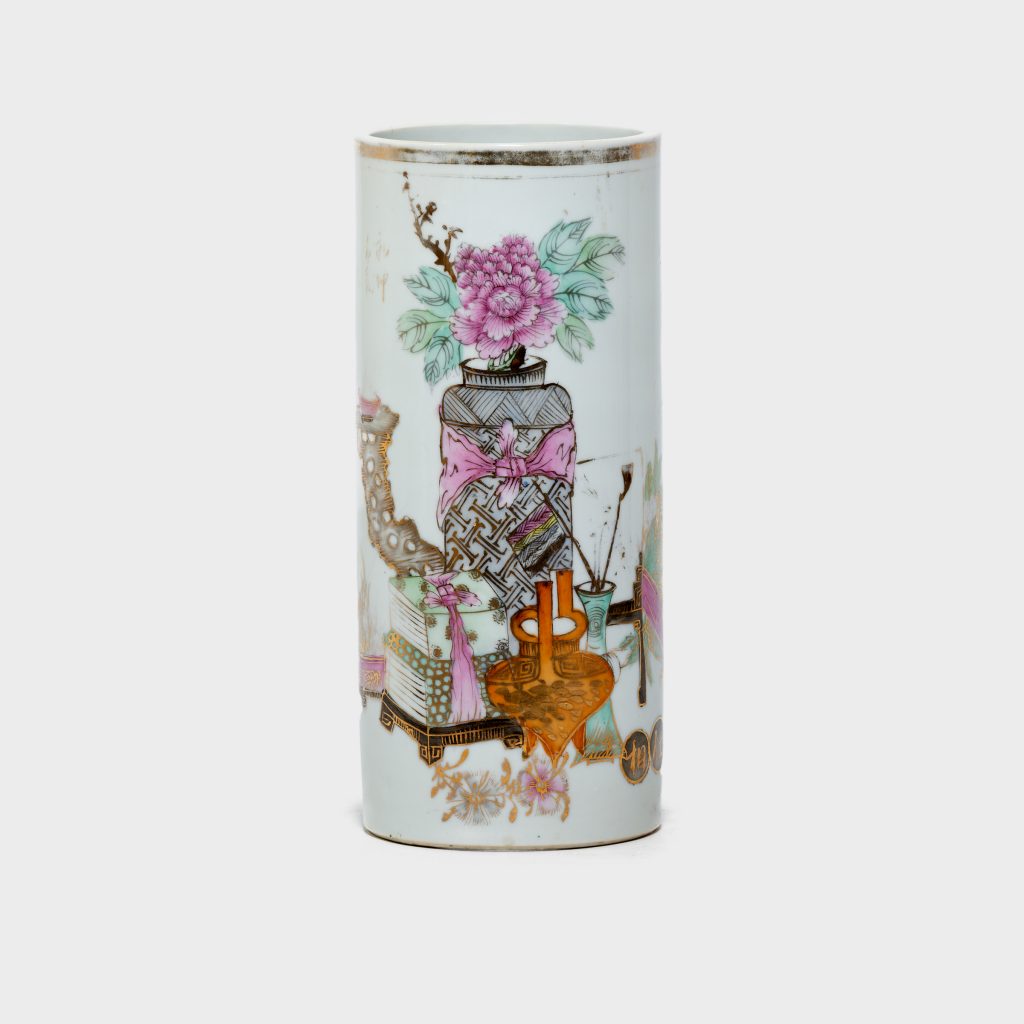 Chinese ceramics remain the admiration as well as a worthy goal of the modern potter. They are the classic expression of ceramic art, achieving an unsurpassed integration of shape, glaze and decoration. Tall, short, curvaceous or slender, Chinese ceramics highlight that beauty comes in all shapes and sizes. 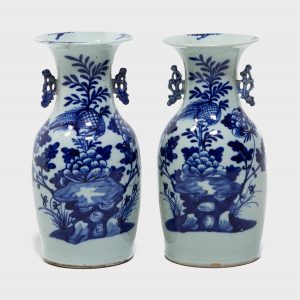 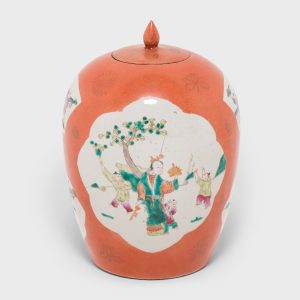