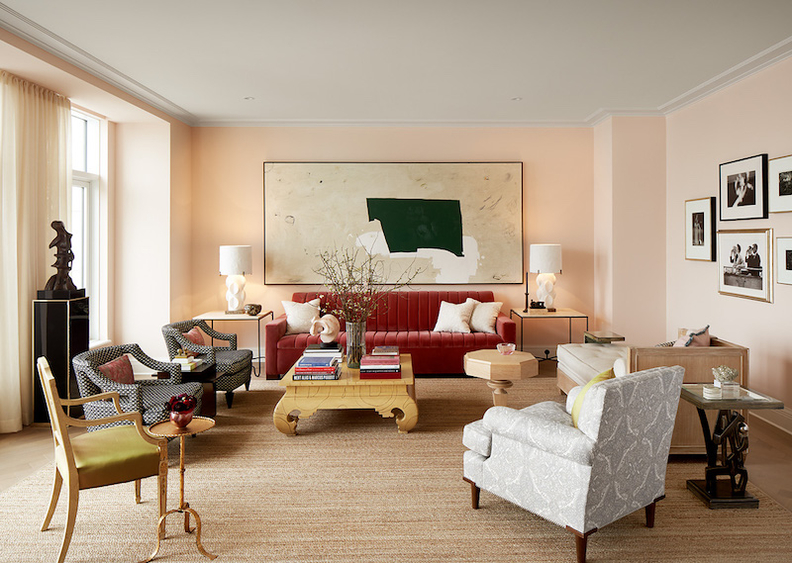 In a room designed by Bruce Fox, every object feels like family. Art Deco, mid-century and 1970s styles get along surprisingly well, creating a harmonious whole. “It’s as if all your relatives had great taste and you inherited everything,” Fox says. He makes it look easy, but it takes mastery of proportion, materials, color and texture to curate such eclectic collections. His expertise is currently on display in the luxury condos at One Bennett Park, a new addition to the Chicago skyline designed by Robert A.M. Stern Architects, with model interiors by Fox. 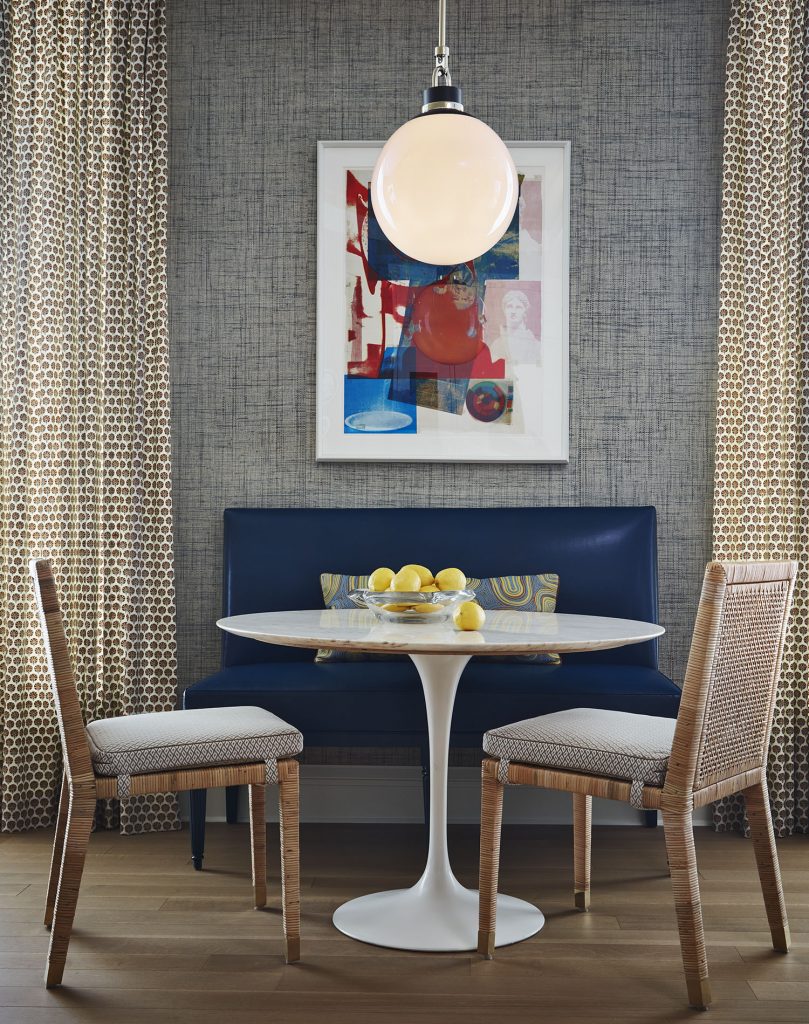 For the model apartments, Fox conjured a London-born family of art collectors. To furnish the imaginary family’s flat, he drew on a network of artisans and suppliers he’s cultivated for over 20 years. Rather than adhering to a single material palette, he balanced color and texture to create a sense of cohesion.

“It’s about the juxtaposition of any and all materials,” Fox says. “If I have a plush sofa, for example, I’ll contrast it with a flat-weave rug.”

Natural surfaces, such as sisal and parchment, create a foundation for layering. Inspired by “the great designers of the Art Deco period” such as Émile-Jacques Ruhlman and Jean-Michel Frank, Fox paired exotic woods with rich, tactile finishes — basketweaves, gilded details and shagreen all make an appearance. 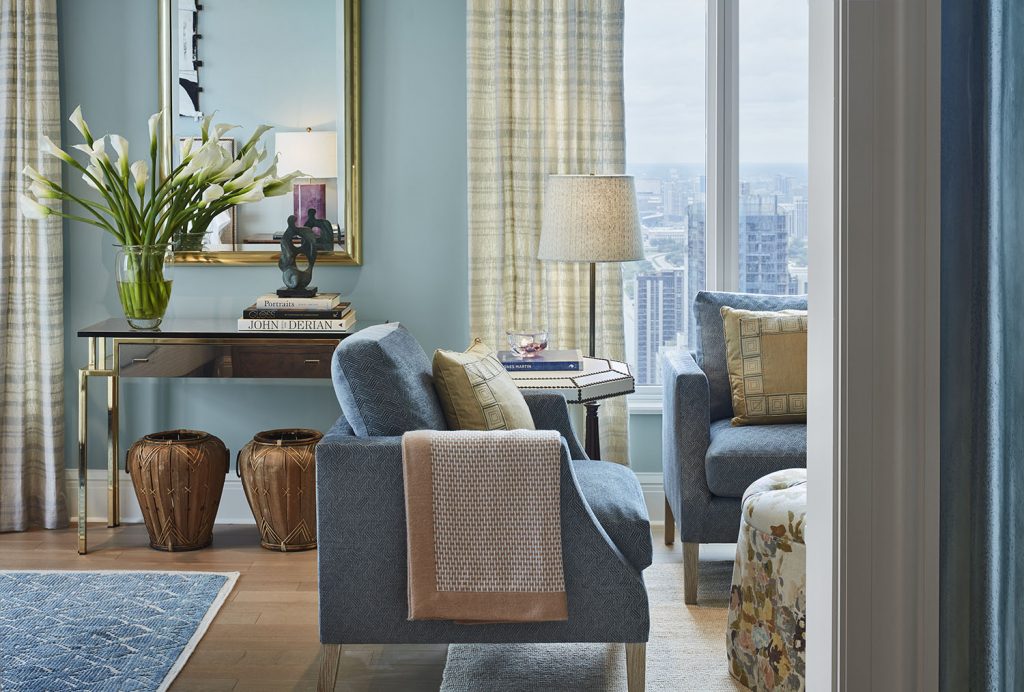 The color palette originated in a photograph of blossoming cherry trees along a crescent-shaped row of London townhouses. “I wanted it to be warm and inviting,” Fox says, “so we decided to take a little risk and do pink.” The risk paid off with spaces that feel classic and hearken back to the glamour of pre-war Manhattan apartments. 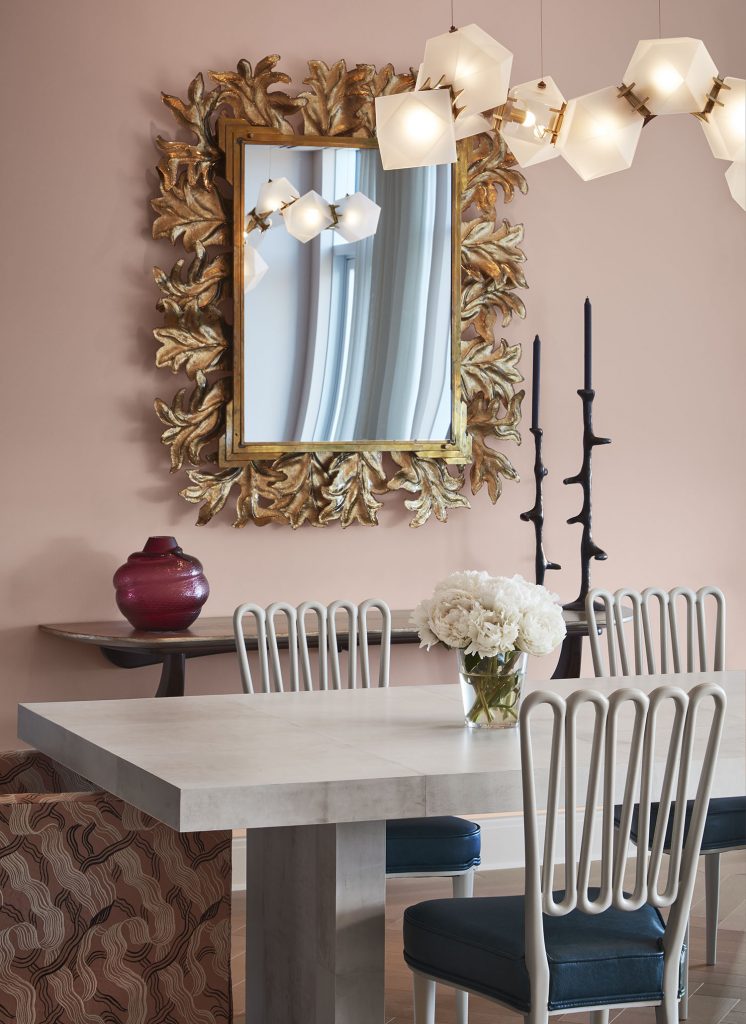 To create moments of eclecticism at home, Fox recommends changing out accessories regularly. He uses his Michigan weekend home as a stage, switching out recent auction and antique purchases while experimenting with vignettes.

“There’s a big mantel in the living room, and I have a collection of things that are intended to sit in that spot,” he explains. “Yellow Chinese vases, a contemporary slab vase, some Japanese ikebana vases, and dramatic flowers — like overgrown goldenrod that I cut from the meadow in the fall.”

No stranger to the natural world, Fox has worked on many weekend homes around the Great Lakes. He recently designed the interiors of a family compound in Wisconsin, converted from a former Boy Scout camp. 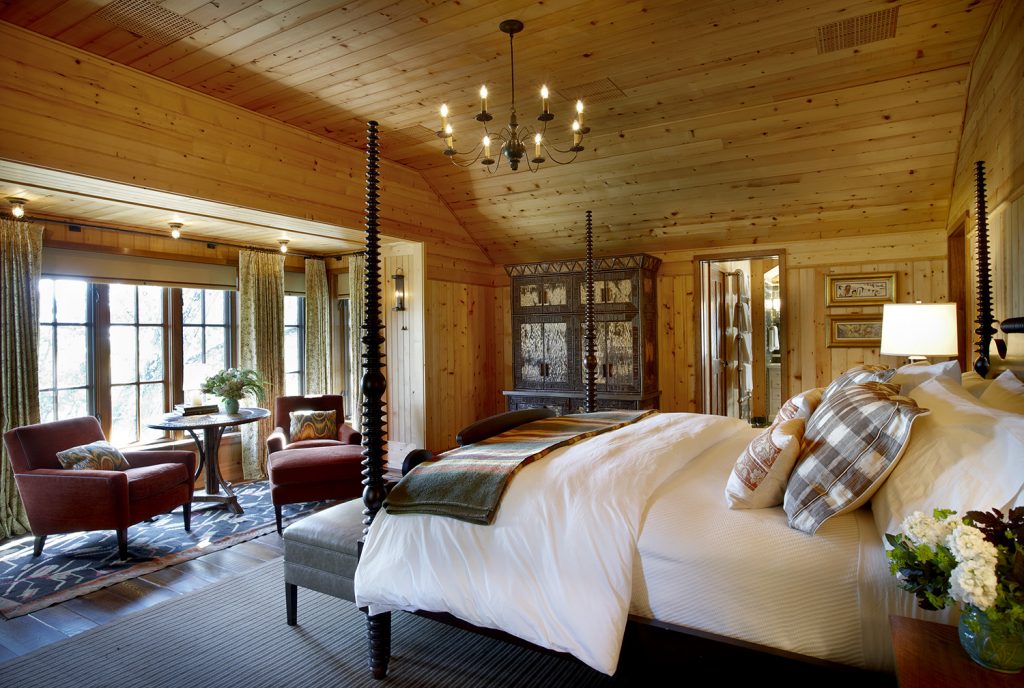 Each room is a collection of different eras, inspired by the innate eclecticism of summer houses. Wicker mingles with mid-century styles and old Hickory furniture handmade in Indiana.

“I remember spending summers with my family in cabins on Lake Michigan,” Fox recalls. “The interiors were all mismatched things that ended up together in the second house by necessity. It brings across a timelessness, a sensibility that will never go out of style.”

To create interiors that last, Fox starts with the architecture and sense of place. His design for a city high-rise, for example, feels entirely different than that of a summer camp. It’s the ability to make a space feel lived-in that brings the firm’s work to locations around the country — they’re currently completing the interiors of a ski house in Utah. 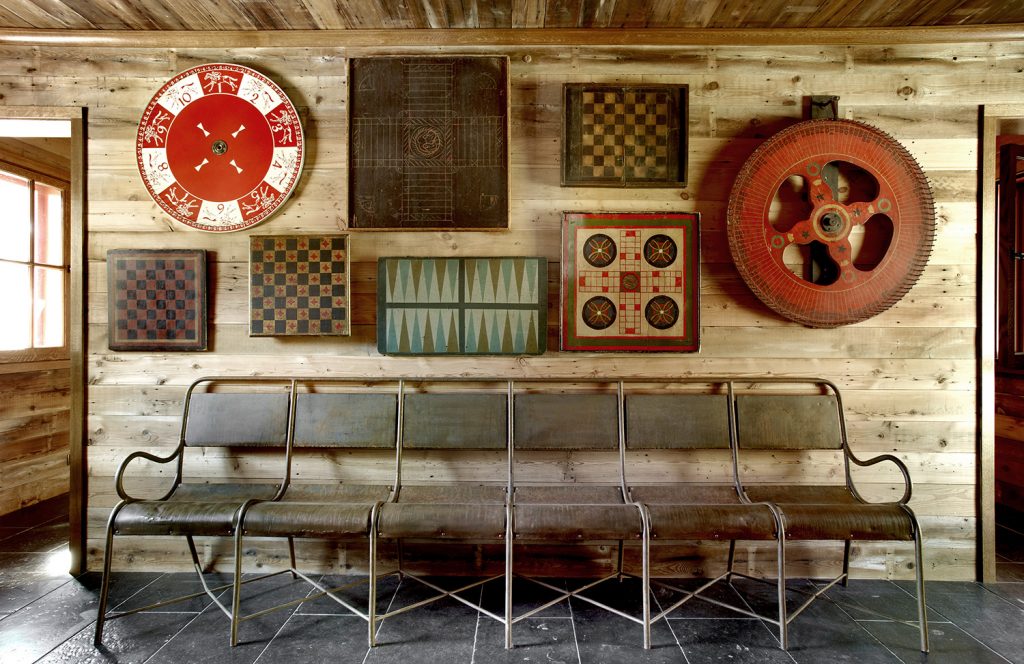 Besides bringing livability, antiques can fit any budget if you know what to look for. Through its unique character, each piece does its part to support the larger whole — even if what’s required is a simple supporting role.

“There are so many beautiful things that already exist in the world,” Fox says. “I recently bought a 1960s black laminate pedestal with brass trim. If it was the center of attention, it might not be good enough, but if it’s a backdrop for a sculpture, it’s suddenly beautiful.”

To collect is to create, taking disparate objects and recombining them in a new narrative. A thoughtful space uses details to tell a story, speaking to all the senses in an interior that evokes emotion. 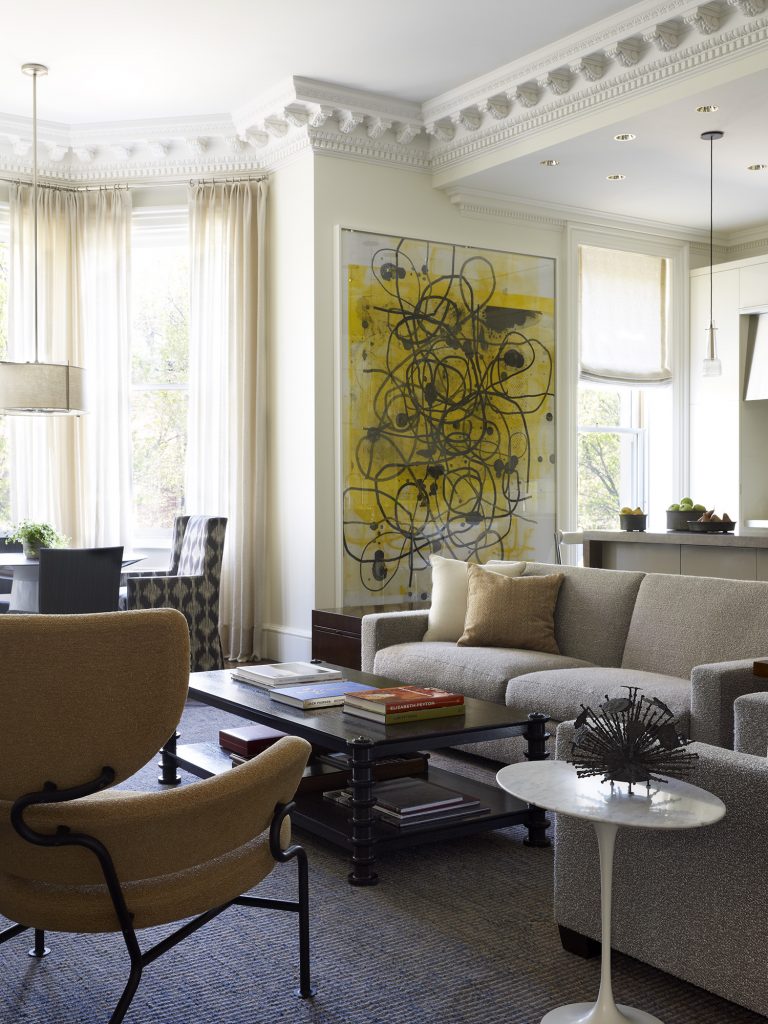 Always collecting, Fox’s current obsessions include Danish modern design and Japanese pottery, which continue to fill his Michigan house. For a recent project in Sawyer, Michigan, Fox shopped his own home for a client gift. After filling an American studio pottery vase with flowers, he brought it to his client, who had no vases. It instantly uplifted the room. “He still talks about it,” Fox says. Nature is the best decorator.