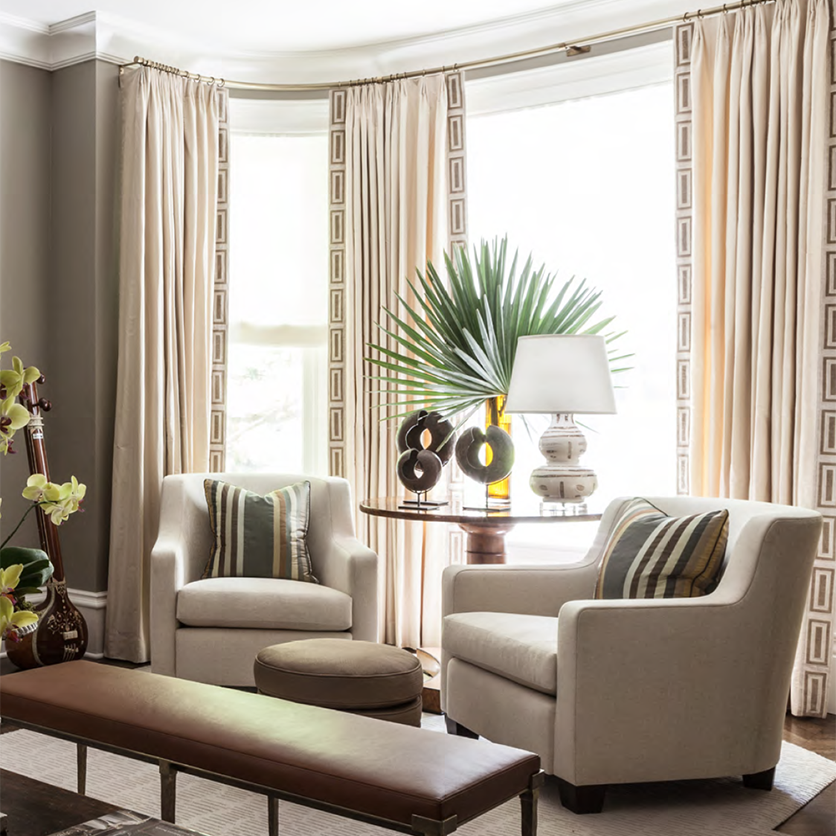 Tom Stringer is well known for his worldly and client-centered approach, which he takes further than most designers. His process often involves traveling with clients, searching and shopping together as they make their way across markets, cities and countries. For him, it’s a natural extension of the design process. He explains:

“Part of the process just involves asking the right questions and being willing to listen. I’m enthusiastic about other people, and they come to me because I have the patience to figure out what they’re interested in. It would be so boring if clients came to me just for my own ideas. The golden moment happens when both me and my client are learning something new together. That’s what makes the project ours.”

His book, An Adventurous Life, documents many of those expeditions, with Tom’s own travel photographs alongside rich interiors and personal essays. 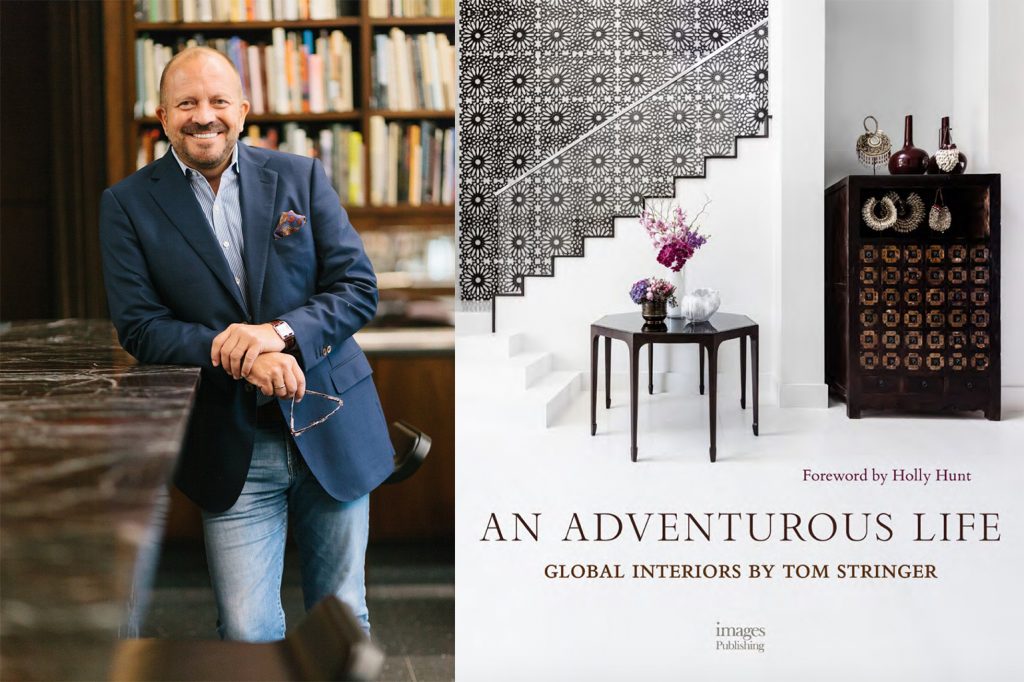 Tom Stringer and his new book

A central theme of his life and practice, traveling gives both Tom and his clients a chance to escape their everyday lives and see from new vantage points. Itineraries are filled with evocative places that appeal to every sense: the streets of Marrakesh, a wildlife preserve in Kenya, Myanmar’s Inle Lake region. The journey is as important as the destination, Tom explains:

“Designing a home for someone is a tremendously intimate thing — if good design is storytelling, I need to understand who people are at a base level. Travel can be a metaphor, but it’s also a place in time, in which I get to absorb who they are and figure out how to tell their story.”

There’s rarely a direct correlation between the destination and the design — it would be “trite and boring if that were the case,” Tom says — but rather a narrative that threads through objects and ideas. The cover project for An Adventurous Life is a prime example. Inspired by the way Moroccan screens filter light, Tom and his client used the screens in the architecture of a Florida home. “We found crossovers in the way sunlight interacted with the environment, from Marrakesh to Southern Florida.” 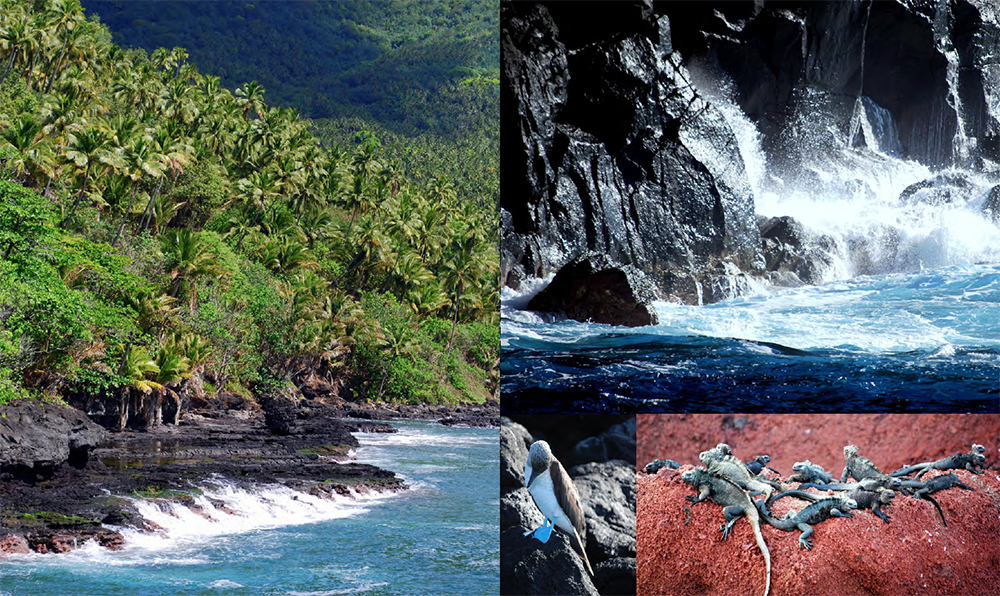 For another client, a collaborator of 20 years, Tom designed a yacht. They took a series of sea voyages together, and applied those experiences to the program for the boat. Once it was finished, they sailed it together. “That was the design voyage of a lifetime,” Tom says. “I got to build the yacht and sale it around the world.” 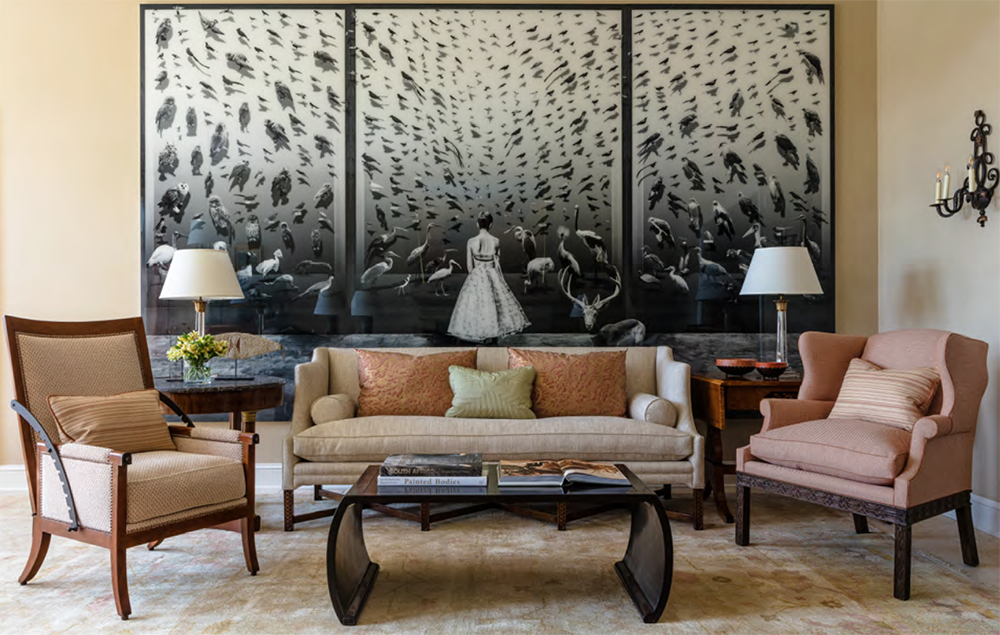 In the home Tom shares with his partner Scott, just one block from Lake Michigan in Chicago, the narratives have been woven from a lifetime of travel and collecting. Ceremonial objects, rich in history, abound:

“My lens doesn’t focus on how expensive or even how fine things are — it’s more about where they’ve been, where they came from, what they represent. An object that was used in daily life for ceremony is imbued with the spirits of its previous owners.”

A pair of Oceanic figures grace the mantel. Acquired from an Australian collection, they’re made from mud, shells, teeth and hair — all elements charged with ancestral energy. A set of simple wooden bowls were bought off the back of a carved wooden canoe while diving in the Solomon Islands. Everything holds emotion. 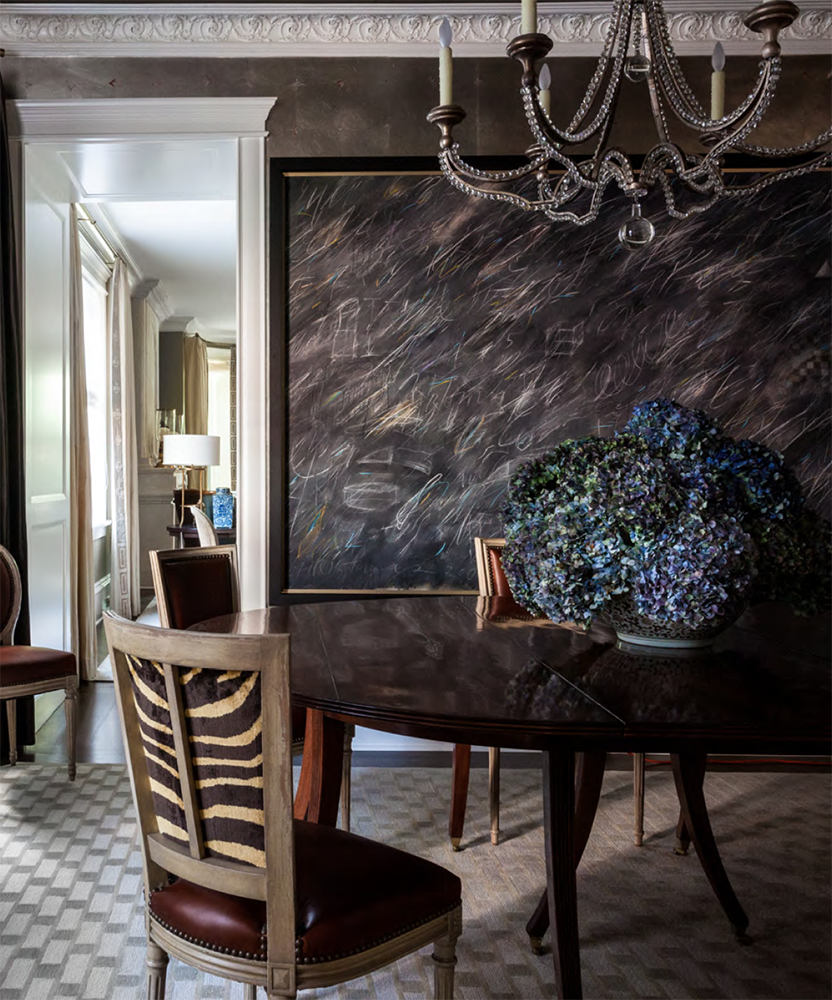 As Tom’s friend and fellow designer Holly Hunt explains in the foreword to his book, he is “a relentless seeker of the unknown, the exotic, the transformative and eternal.” In some ways, it is not so much the object itself, but the soul it embodies, that attracts him.

“I was raised to value human experience over material things and now, ironically, I live in a very material world,” he says. “By imbuing human experience into the interiors I create, that helps me heed the lessons.”

For more valuable lessons, told through personal memoir and inspiring interiors, we highly recommend his book.

All images from An Adventurous Life: Global Interiors by Tom Stringer, courtesy of Images Publishing.