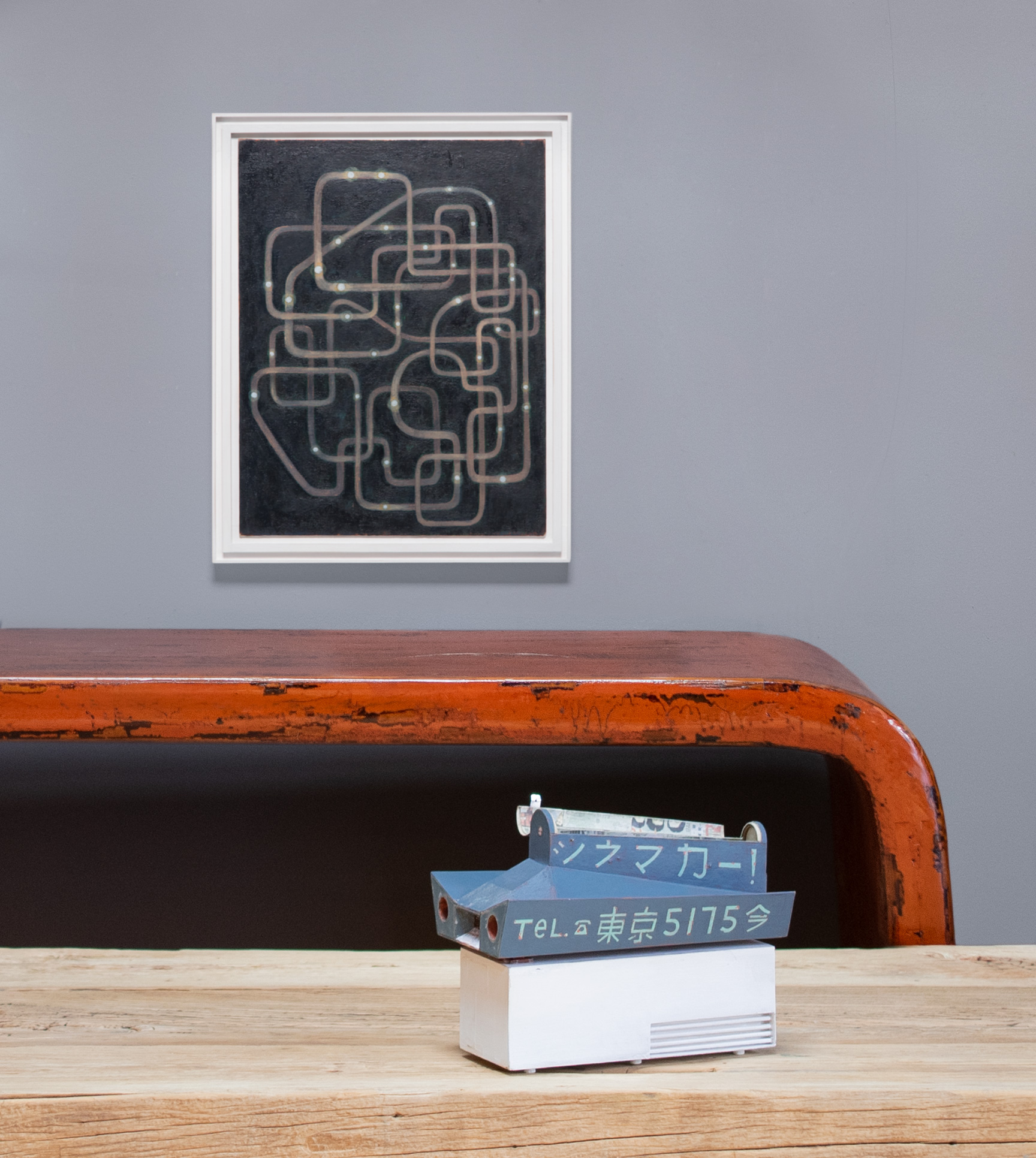 Born in Grand Rapids, Michigan in 1962, Patrick Fitzgerald grew up in an industrial Midwestern landscape. “It was loud, daunting and dirty,” he says, “yet it possessed a powerful beauty that is still so vivid.” As a child, he scavenged for junk and enjoyed tinkering with mechanical parts. He loved cars: “I always enjoyed the aesthetics of their wheels, pulleys, levers and linkage, plus all the mysterious wires.” He spent summers perfecting what he calls “a child’s version of alchemy,” immersed in a world of machines and mechanics. 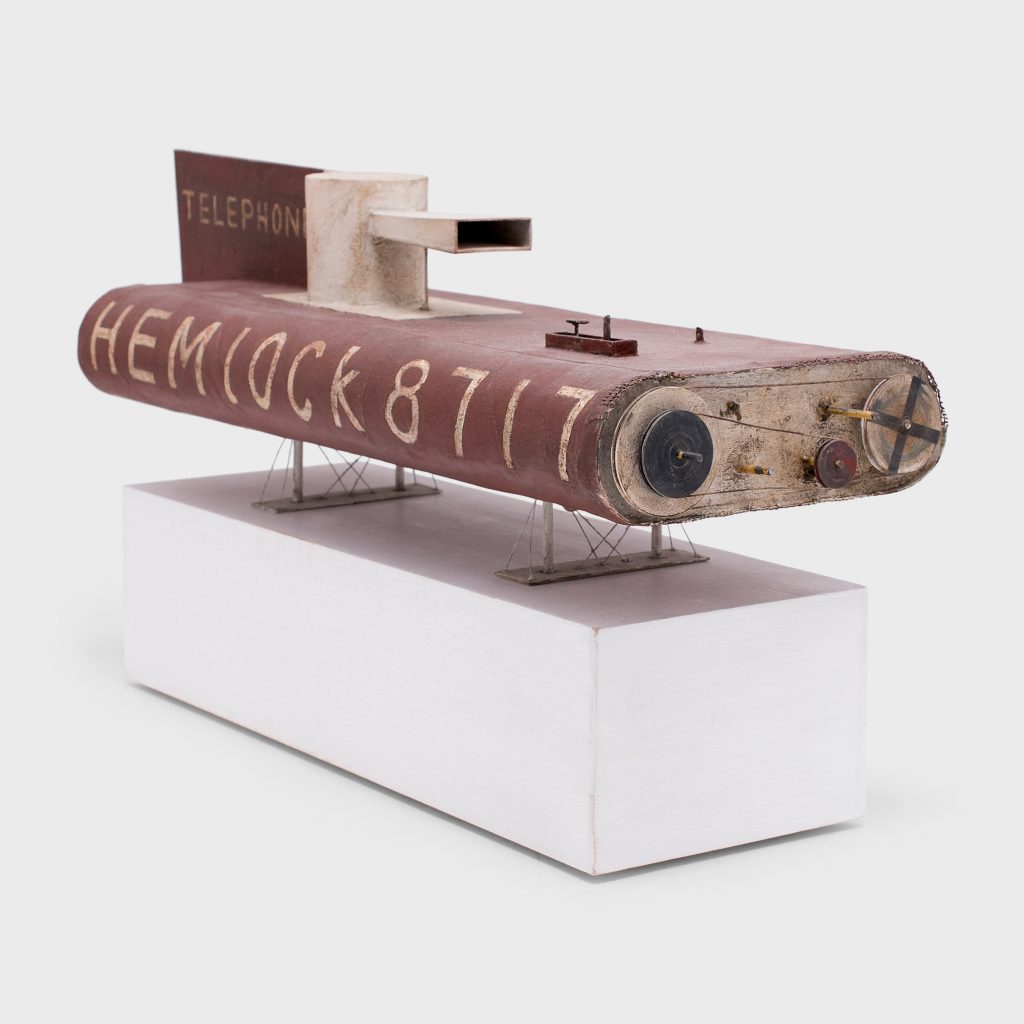 Today, an artist working in Chicago, he embodies that same sense of wonder. In miniature, Fitzgerald creates fleets of car-like machines, choosing imaginary “sponsors” from a 1945 industrial phone directory.

“These companies are real, but any sponsorship of my cars is fiction,” he explains. “In most cases it is meant as a form of homage to productivity and longevity.”

As a child, Fitzgerald took pride in the companies that sponsored baseball teams and community events. Vintage catalogs, brochures and letterheads often become elements of collage in his work. 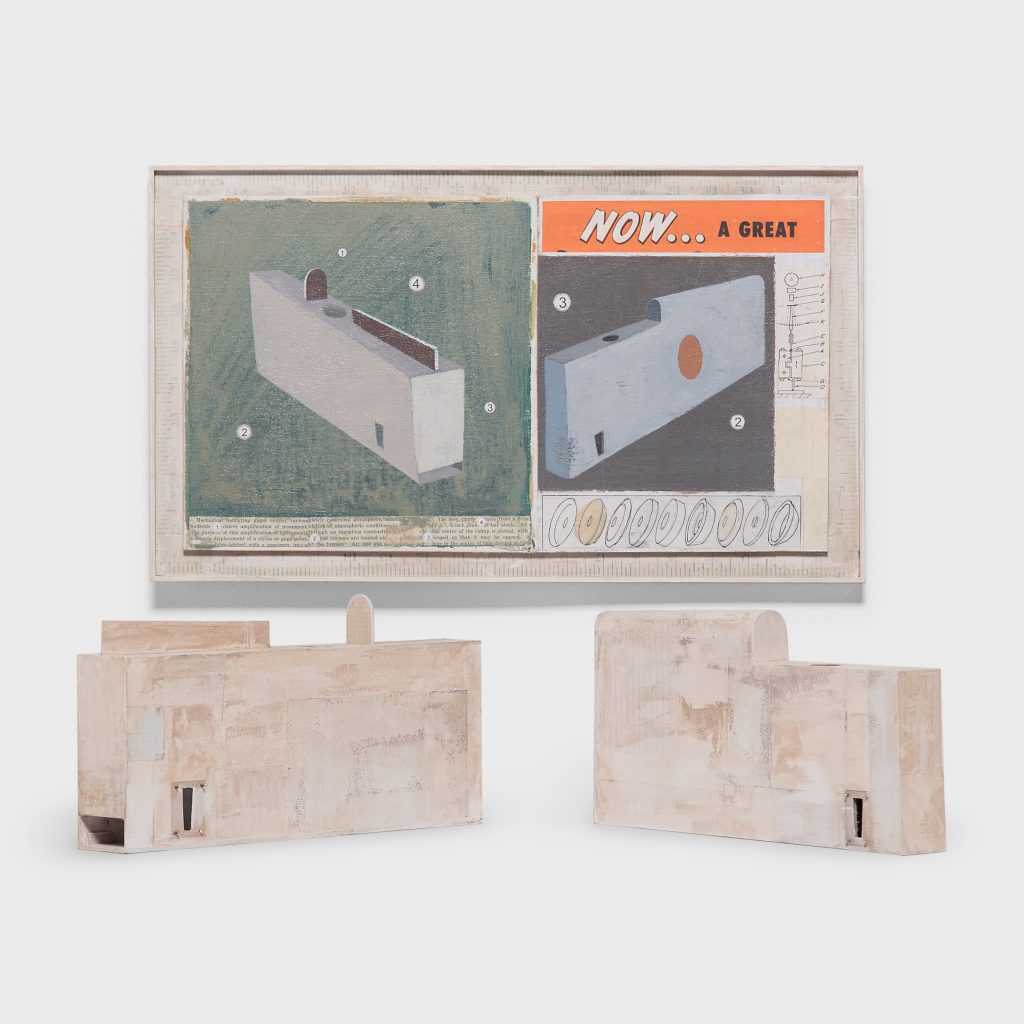 In Michigan, Fitzgerald learned to work with metal and wood — scrap materials that his neighborhood offered up in abundance. He built soap box derby cars, elaborate forts and model airplanes. “The garage was my studio,” he remembers. 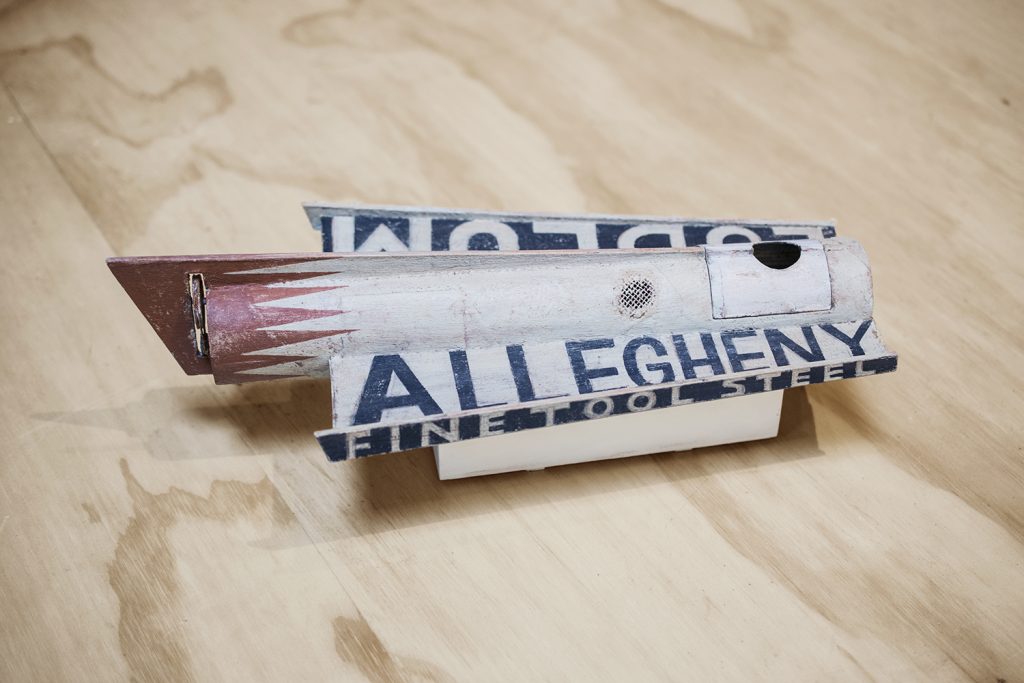 As an adult artist, Fitzgerald’s influences expanded. He became fascinated by African Art and developed a series of helmets and jackets that strung together elements of mask making alongside the emblems of mid-century American machinery. 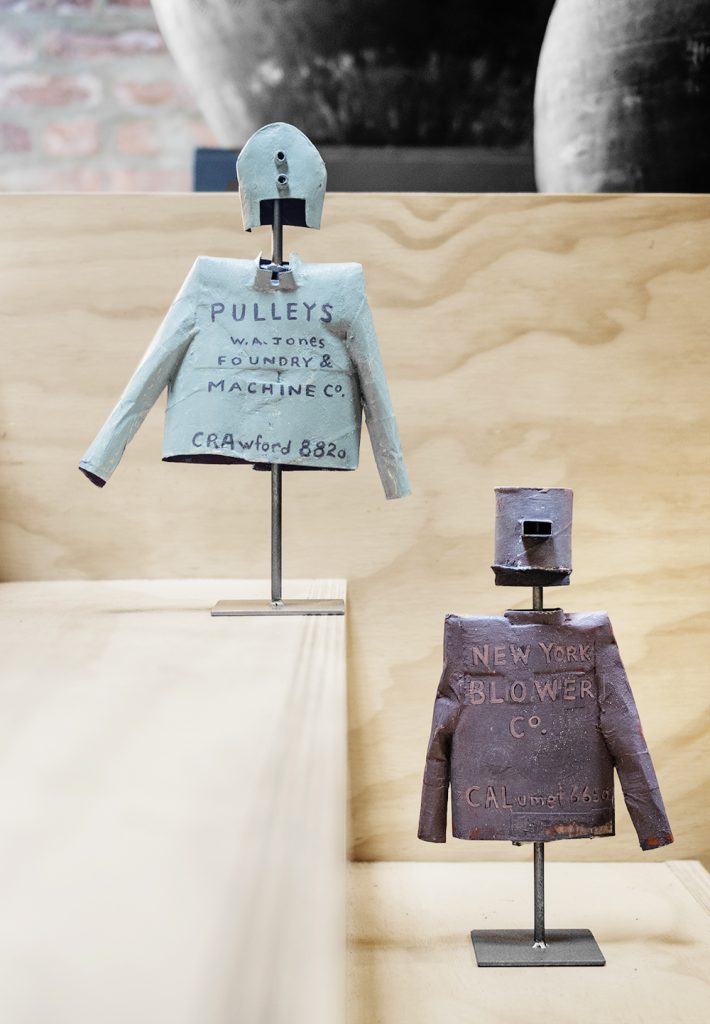 Fitzgerald constructs his cars, helmets and jackets from sheets of chipboard or heavy archival bookbinding, along with birch plywood, basswood and balsa wood. He sculpts hardware from gauge wires, brass and aluminum tubing, along with the occasional found metal sheet or spring. 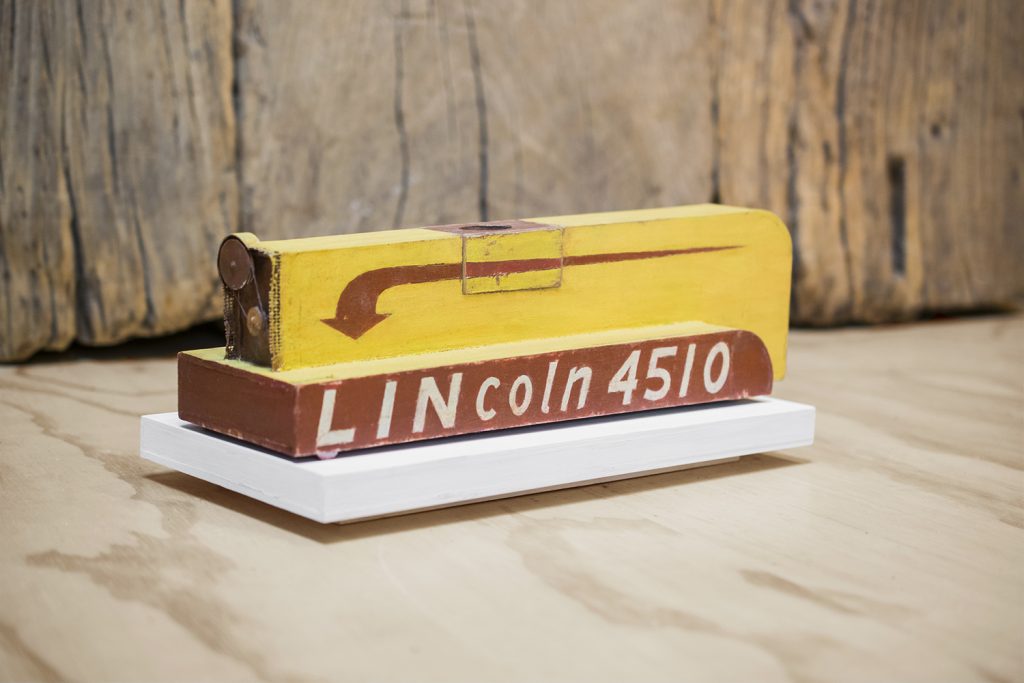 “I like to design what the eye does not see, like underlying supports and braces,” he says. “I use wood, wires, tubing, screen, fabric and a variety of collage media.”

The most labor-intensive part of the process involves surface treatments, finishes and hand lettering, which are applied in stages using several different types of acrylic and oil-based adhesives and sealants. The process is simple, refined by years of experience transforming found materials into extraordinary art. 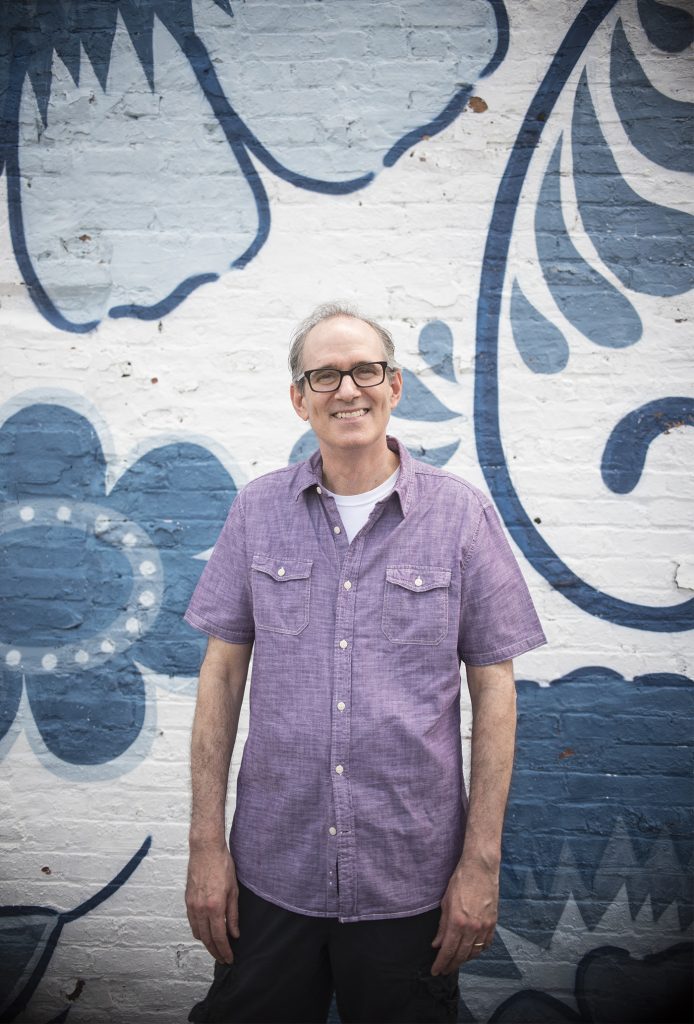 For the last decade, Fitzgerald has been mining his early experiences, re-envisioning the mechanical world of his childhood through the eye of an artist. Behind the wheel of an out-of-commission junkyard car, a lifetime of ideas emerged. “I realized the little cramped space that once offered me refuge and nurtured my imagination was too important to leave out,” he says. 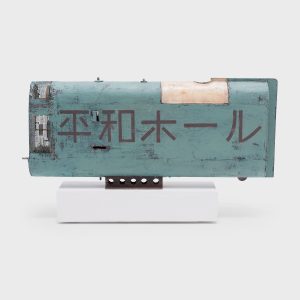 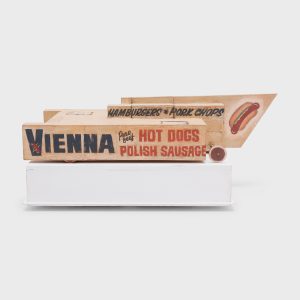 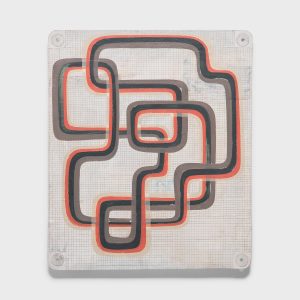