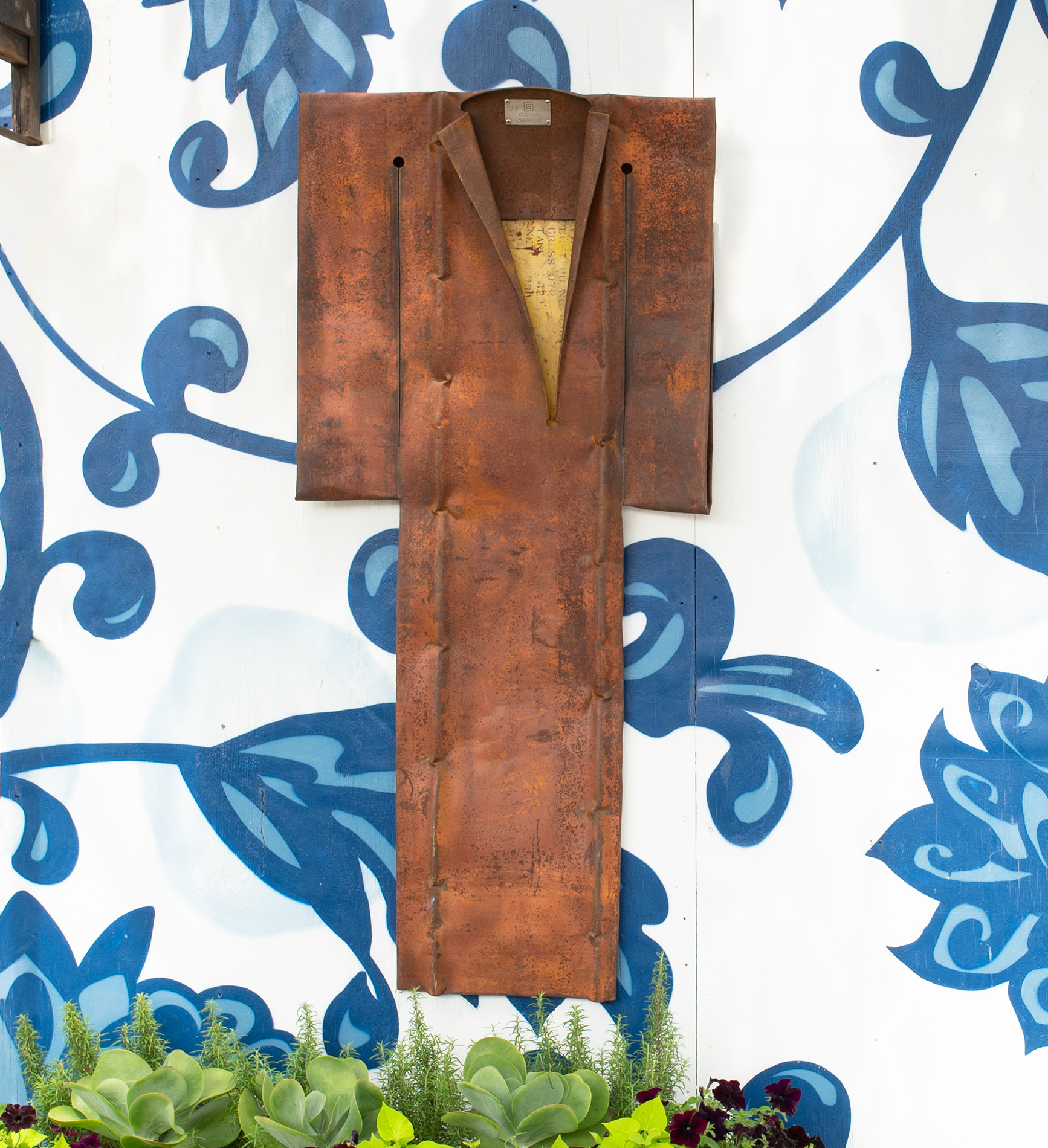 Gordon Chandler: Inside Out

Gordon Chandler’s art starts with simple materials that might otherwise go unnoticed. In his hands, scrap metal and industrial steel drums become beautiful. He often works outside, gathering materials from salvage yards—his artworks feel at home in the open air, where the elements make the patina deeper and richer. Chandler’s art brings new energy to the PAGODA RED gallery, where we recently installed a series of his recycled steel sculptures. 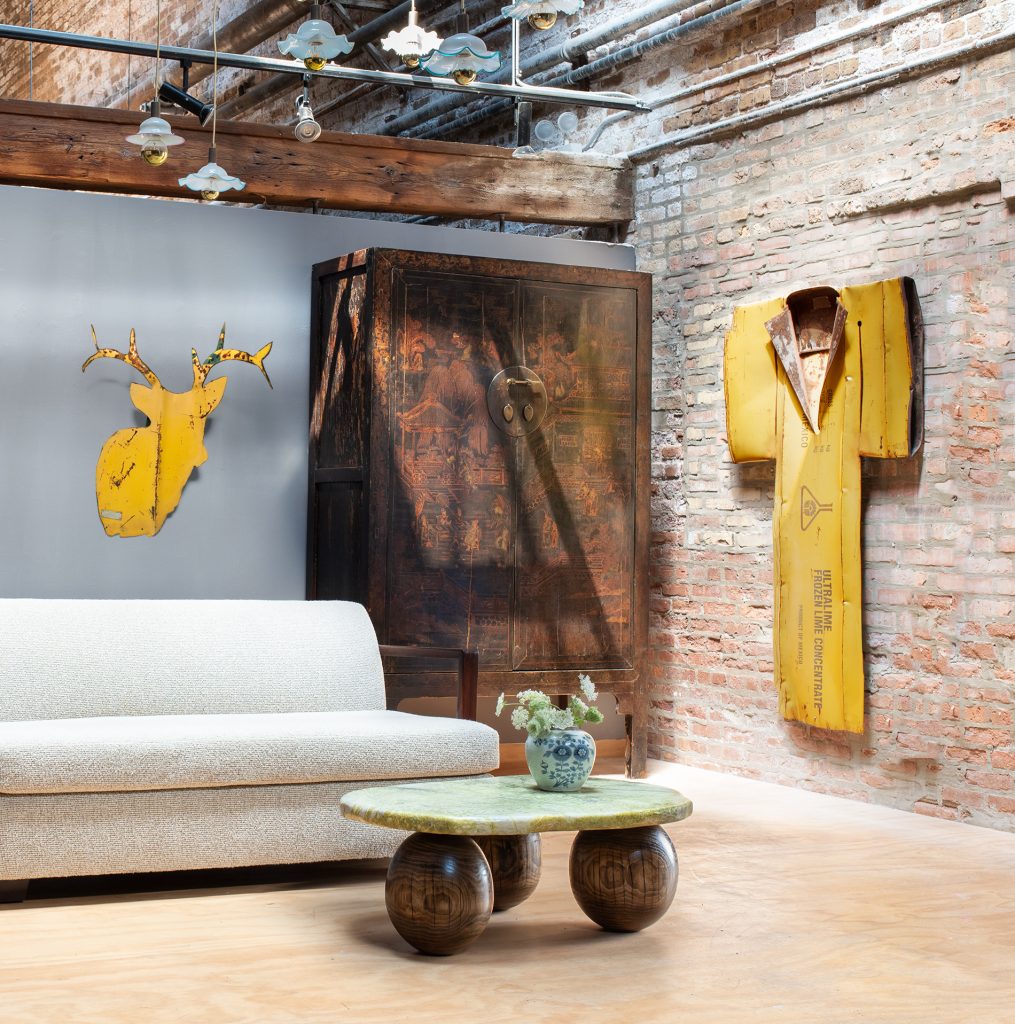 To make his kimonos, Chandler flattens and rolls the drums, shaping found color into an extraordinary object. Dented metal painted in brilliant blues and rust reds take on the form of finely draped silk. Originally inspired by a steel drum exposed to the elements and bent in such a way as to suggest a sleeve, Chandler pries and peels back the metal to shape it. A split collar reveals a “lining” and a barrel’s ribbed edges become pleated “fabric.” 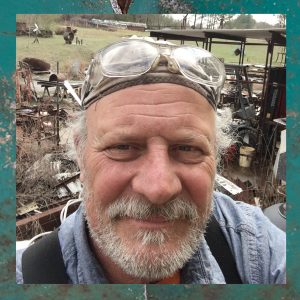 Objects that interest me most are the ones with interesting color, texture and shape. During and after collecting objects and forming ideas, I do a great deal of sorting and editing in order to make something greater than the sum of its parts. Something that tells a story. Sculpture that grabs, and also something to grab onto.

Chandler has been working in metal for most of his career. An accomplished sculptor, his works are included in renowned museums and private collections, and he’s enjoyed solo exhibitions around the world. In the past few years, his art has captivated a Chinese audience. Chandler’s work represents a material exchange between East and West, from the perspective of an American artist.

Gordon Chandler as a Young Artist

For me, ideas evolve from immediate and local influences that often seem random and accidental. Opportunity is all around us. Material to work with is everywhere. My material choices reflect my aesthetic at a particular moment. We look at everything as if it is a mirror. In art, we see ourselves. It’s really all we can do.