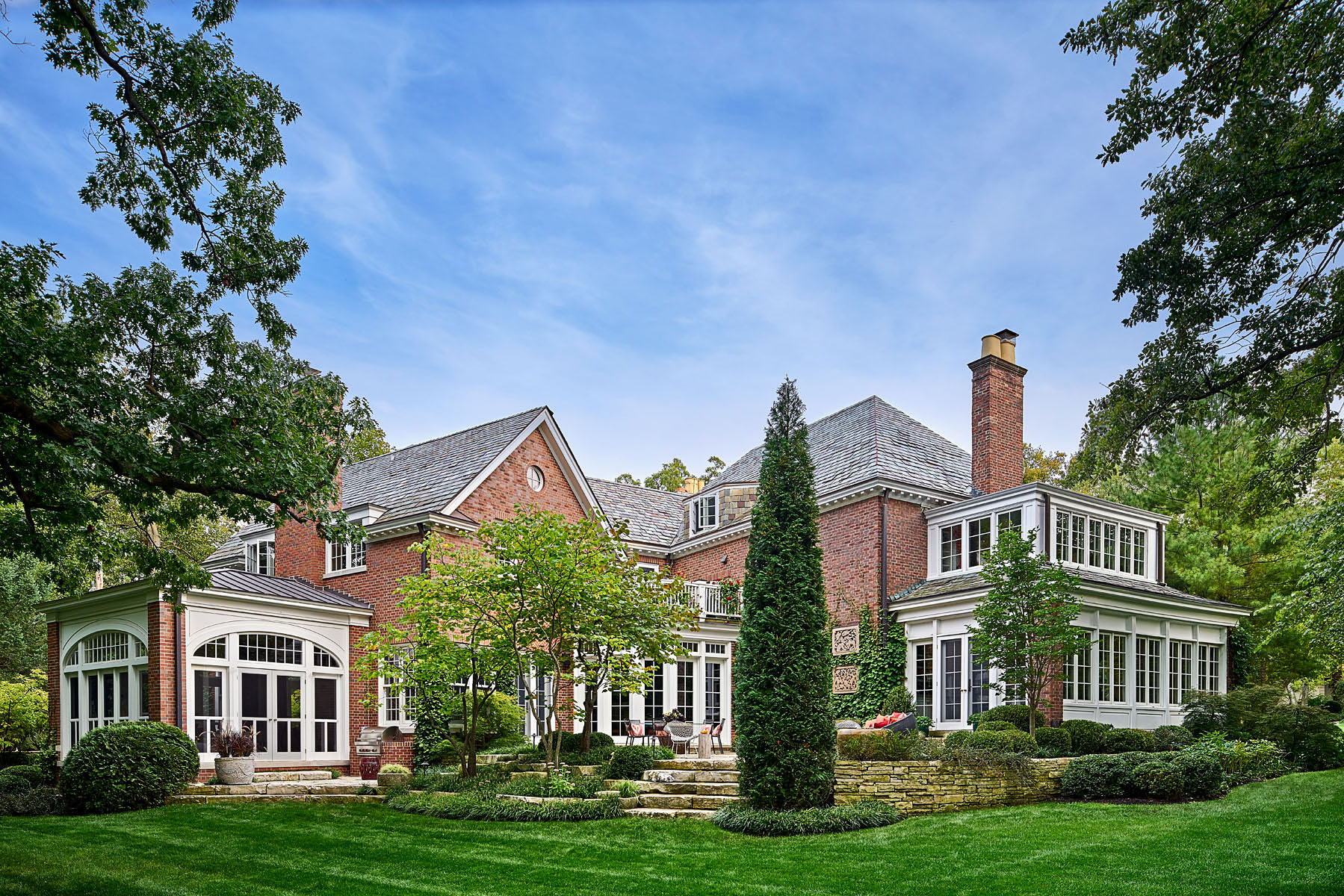 In The Press: Treasure Trove Part 2

In our last post, we shared a behind-the-scenes look inside of PAGODA RED founder Betsy Nathan’s North Shore home. For this installment, we’ll tour the outdoor spaces and hear from Landscape Architects Craig Bergmann, of Craig Bergmann Landscape Design Inc., and Drew Johnson, of Rocco Fiore & Sons. Both masters at their craft, the designers share the challenges of incorporating objects from Betsy’s collection into the landscape, and how they made every inch of the space feel ultra-personal.

Craig explains the first necessary steps of the project:

“The personalization of a project begins with interviewing the client and really walking through the house. Together we see what the views are going to be and what they have already. In Betsy’s world, if she has nothing in regard to time she has everything in regard to inventory. Lucky, a lot of the things she loves are actually meant to be outside, and the pieces are from the same general climate that we have here in the Midwest.”

According to Drew, antique pieces have the advantage of blending more harmoniously into a landscape. “When you’re fitting pieces into the landscape they need to be more subtle,” he says. “Such wonderful found objects made it a lot easier.” 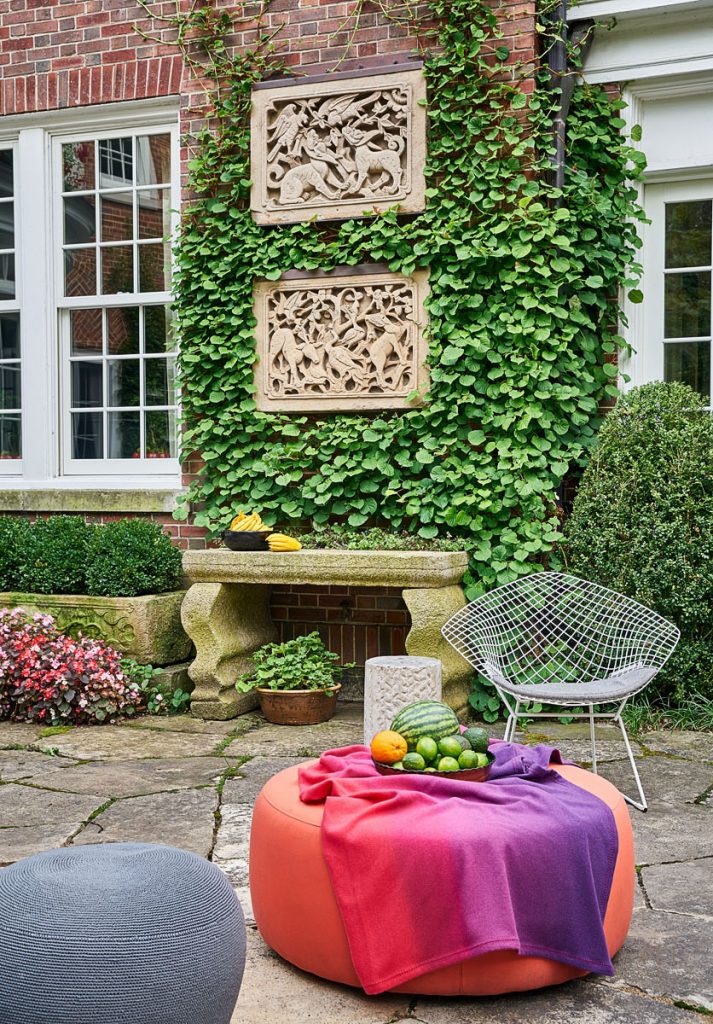 According to Craig, a key challenge was seamlessly blending the architecture of the historic, Georgian-style home, and that of its sizable new addition, through the use of strategic plantings (see featured image). “So it became, what can we do to soften the edges? To bring the old and the new together,” he said. “We wanted to make sure that the original intention of the house wasn’t negated by imposing something new on it.”

With this in mind, Craig planted white birch trees, to make the white of the addition feel a little less crisp, and to harmonize with its dramatic height. “Transitioning from the natural, untouched ravine, celebrating that with a screen porch, and then trying to bring the extreme natural and the cultivated landscape together—that’s what the plantings were doing in that situation,” he explains.

“The biggest challenge was dealing with all of the different elevations,” says Drew, who credits a combination of plantings, step placement and outcropping stone to create a sense of cohesion.

“The house was built on the top of a bluff,” explains Craig. “The back looks out onto a ravine. When they added an addition and put a porch on the back of the family room—the closer you get to the ravine, the buggier and wetter it gets. To be able to float a screen porch out over it, you feel like you’re in the woods. It really was intended to be their outdoor family room and it’s their detox center. Both [Betsy and her husband, Daniel] are very busy people and they need their home to be a regenerative place. When you’re in it, there’s no choice—you have to be outside. It’s calling to you.” 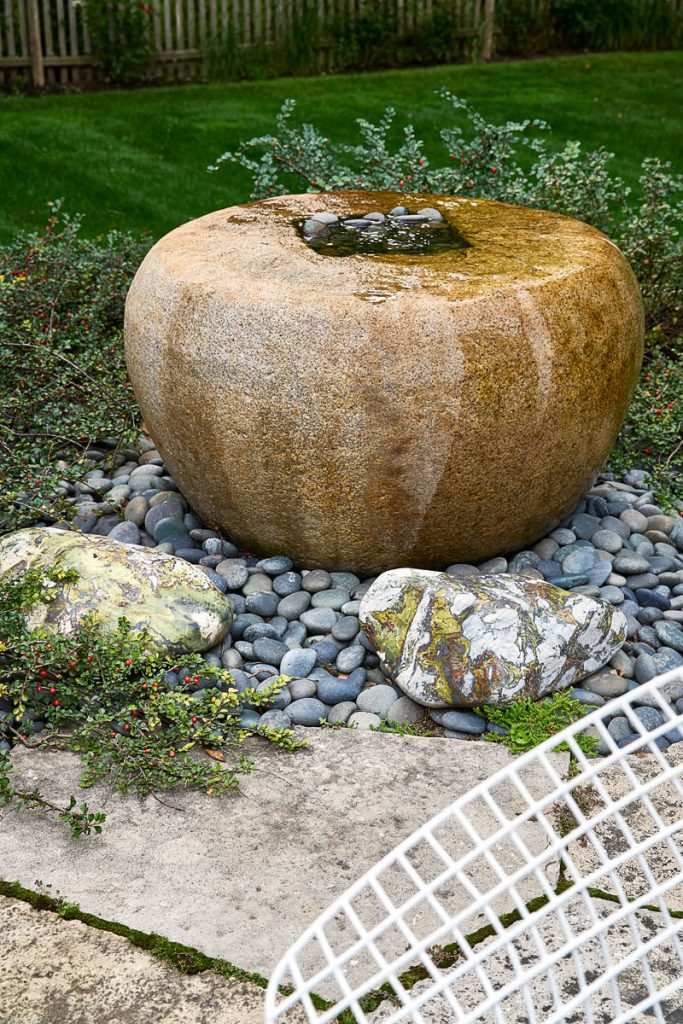 A water feature is surrounded by river rock and flanked by Colorful Stones. Photo: Michael Robinson.

Drew says the entire project was an on-site collaboration with Betsy, with the two walking the grounds and marking things out together. “The greatest part was having a wonderful client to work with and being allowed to be so creative,” he says. In one example, the stone patio was reworked to accommodate a water-feature of Betsy’s design, crafted from an antique Chinese column base. 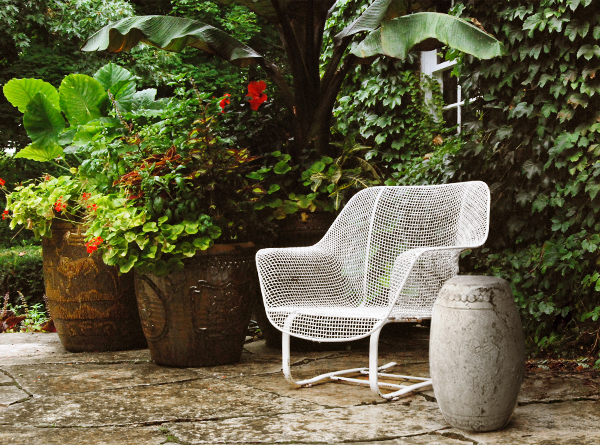 In a contemplative nook, a modern, mid-century chair mixes with ancient vessels and a White Marble Drum Stool.

“That sense of collaboration is what’s missing in so many projects,” says Craig. “I think anyone who is creative welcomes someone else’s opinion even if its just for contrast. Once that trust is there we all want to do our very best work.” Drew agrees. “When the home-owner is so involved and has so many creative ideas, it’s easy,” he says. 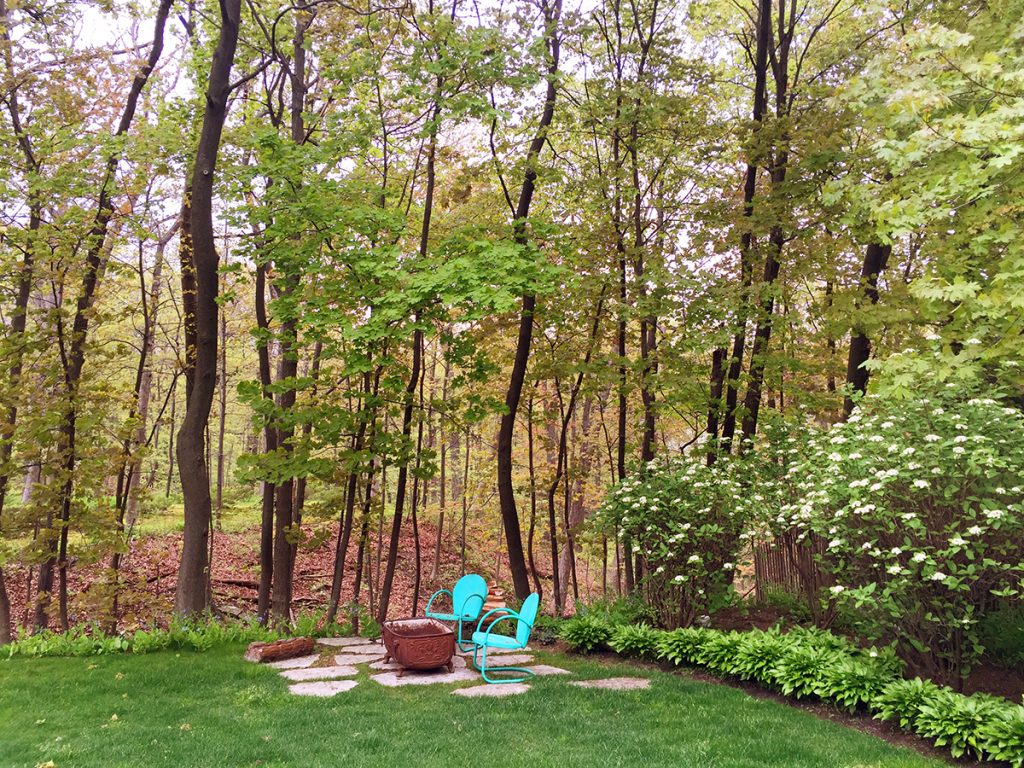 A view from the patio toward the ravine, features a Cast Iron Tub, circa 1900. Photo: Betsy Nathan.

Though the entire project was meticulously considered, nothing feels overdone or fussy. Plants and objects  alike were given room to shine. “Betsy had a beautiful cast iron pot, probably about 42 inches across,” says Drew. “For that, we simply set it on stone, rather than trying to force it into a space. We let it do its own thing.” 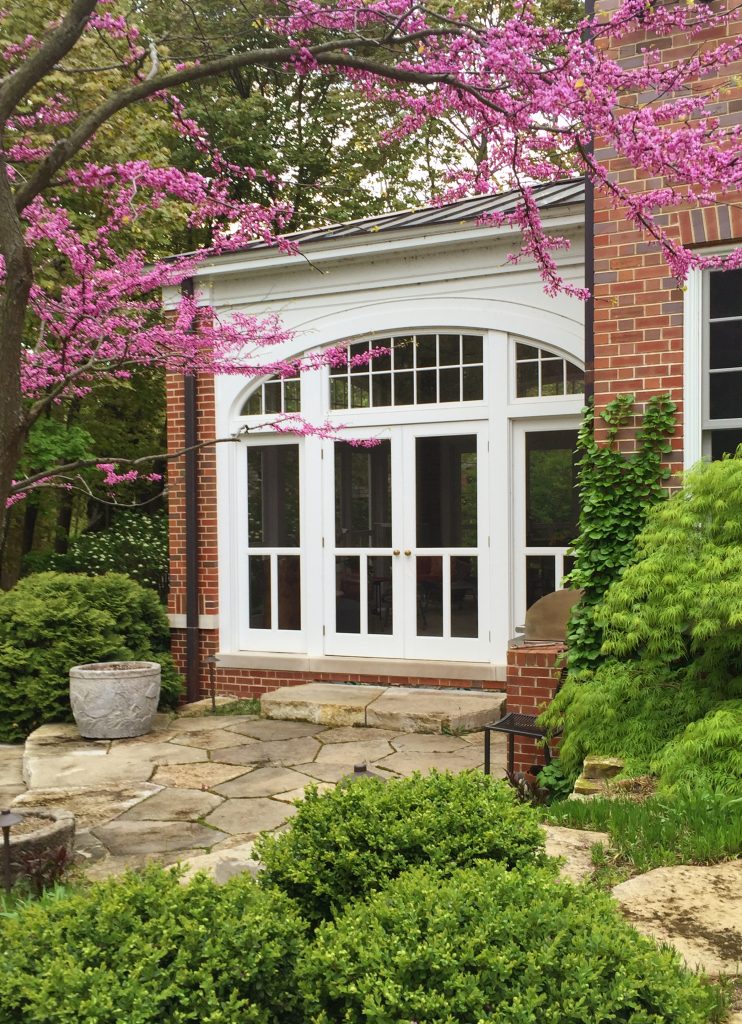 “There was an old plum tree growing at the edge of the old terrace,” says Craig. “Betsy used to celebrate it by hanging lanterns from the branches for parties. A plum tree is actually a treasured, symbolic tree in Chinese culture. And it felt so right to me to connect the poetry of Betsy’s love of Chinese culture with the landscape. Leave it to Betsy to find a house with a plum tree. It’s an odd plant for a Georgian house and for this Midwestern climate.” Craig made a point of incorporating the tree into the redesign. “The plum tree became the piece of garden sculpture in the new terrace—it became what everything was juxtaposed with… AND it made Betsy smile.”