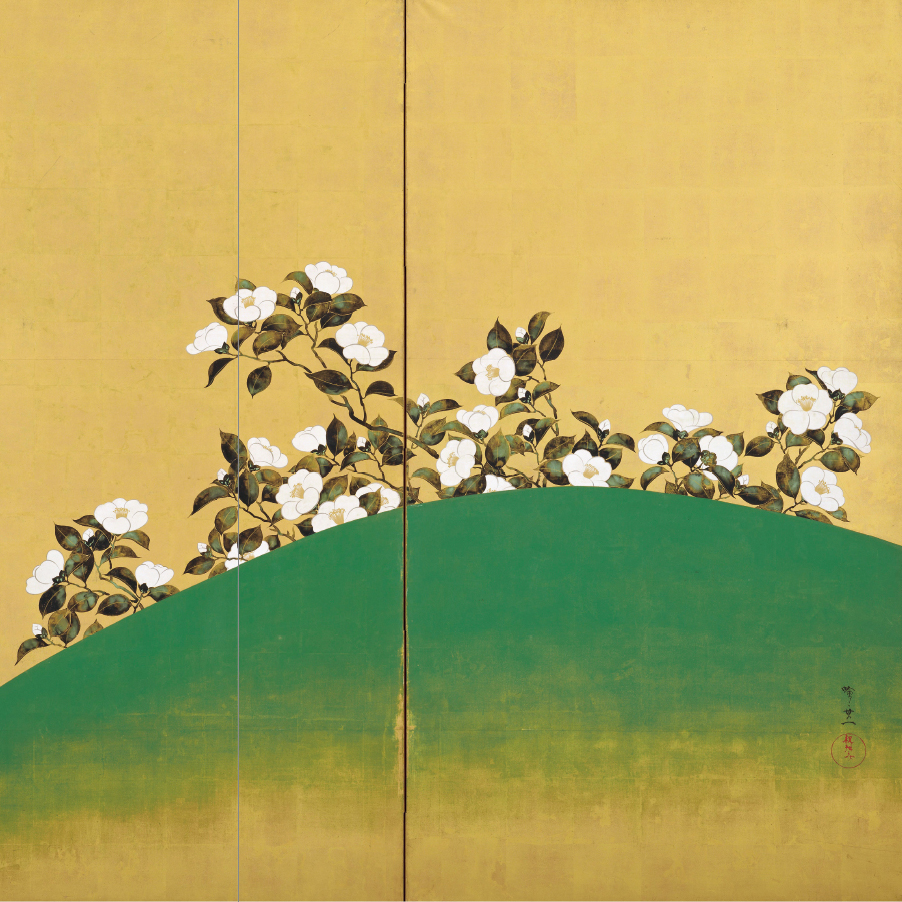 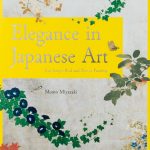 Here at PAGODA RED, we love to follow the connective thread that ties modern and ancient art together. Tracing a work of art back through time, to the very emergence of a particular style or medium, and communicating that rich lineage to our clients, is an integral piece of what we do.

It was with great pleasure that we opened the book, “Elegance in Japanese Art, Edo Rinpa Bird and Flower Painting,” by Momo Miyazaki. Travel through time with us—see how some of our favorite objects from the PAGODA RED collection embody or have been influenced by these ancient Japanese motifs. 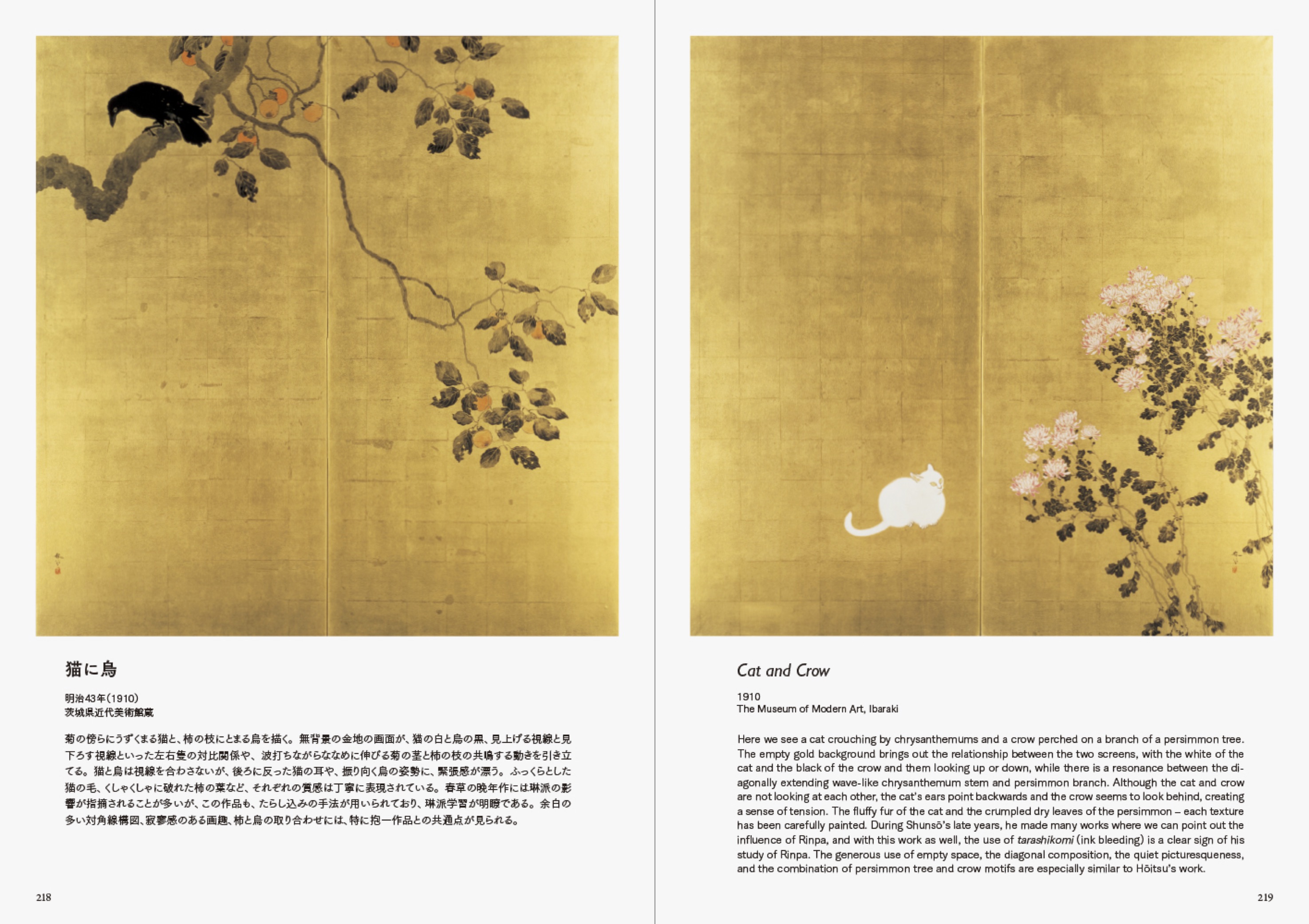 Rinpa is one of the most prominent and well-known schools of Japanese painting. Born in the 17th century, the style generally depicts spare, natural tableaus of trees, birds or flowers often on a background of shimmering gold or silver. The motif decorates screens and hanging scrolls, as well as ceramics, kimonos and more. The style was revived in 19th century Edo (now Tokyo) by Sakai Hōitsu (1761-1829) who initially produced a series of 100 woodcut prints, in an homage to earlier Rinpa masters.

The piece below is a modern take on the traditional Japanese cherry tree painting. The panoramic print, “Sakura 11” by Doug Fogelson, reproduces a series of multiple-exposure photographs taken in Tokyo, Yoshino Mountain, and Kyoto. This photograph is printed on traditional washi paper, as a further nod. 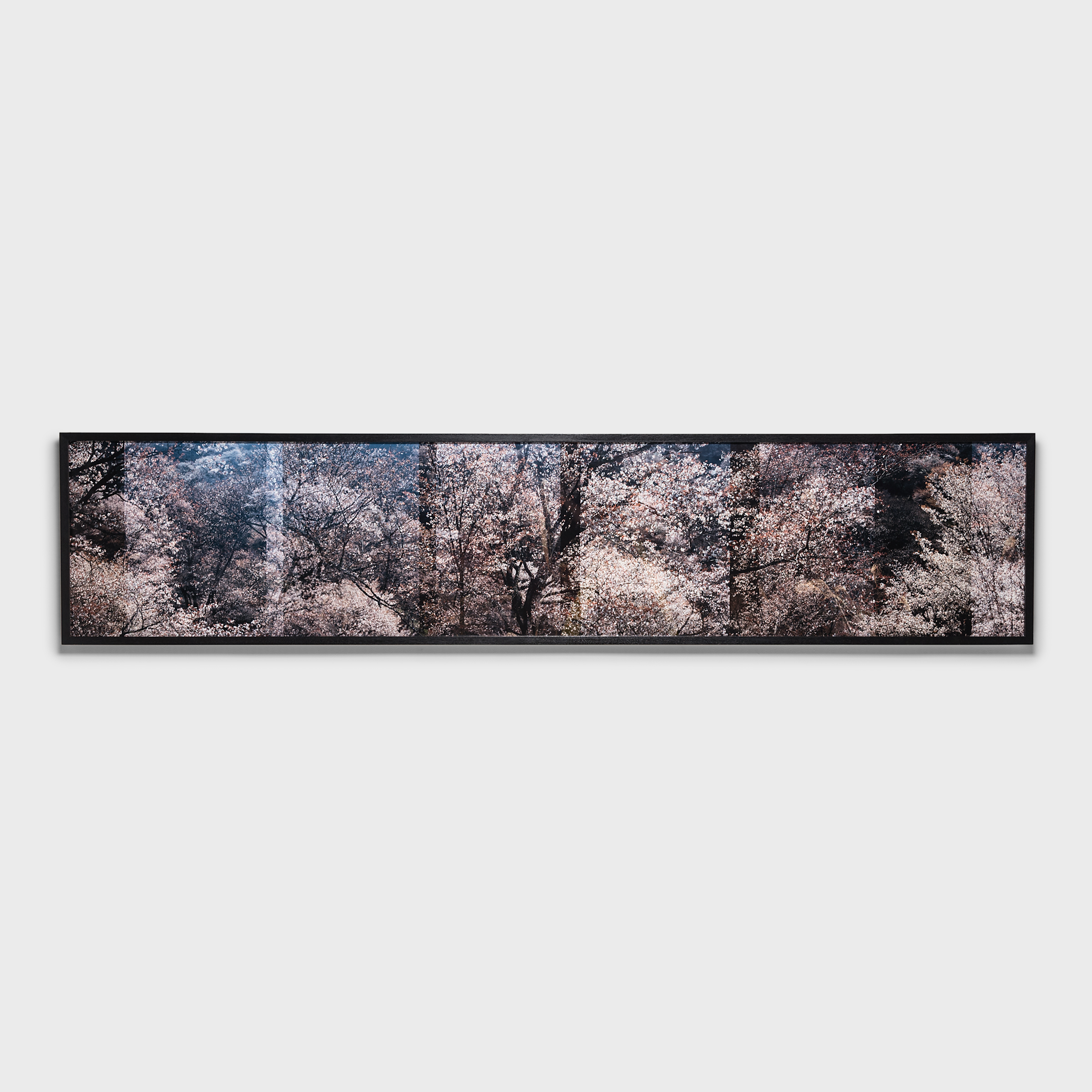 Rinpa borrowed elements from Ming Dynasty flower and bird paintings, as well as Chinese ink wash or literati paintings. Hōitsu took these building blocks and added his own signature—breathing new life into the style. A focus on transition and transformation within the natural world brought both movement and tension to the form.

From Elegance in Japanese Art, Edo Rinpa Bird and Flower Painting: “One main characteristic of Edo Rinpa founder Hōitsu is his addition of elements, such as the wind that scatters flowers and flutters leaves, and the faint light of the waxing and waning of the moon to the world of natural beauty.” 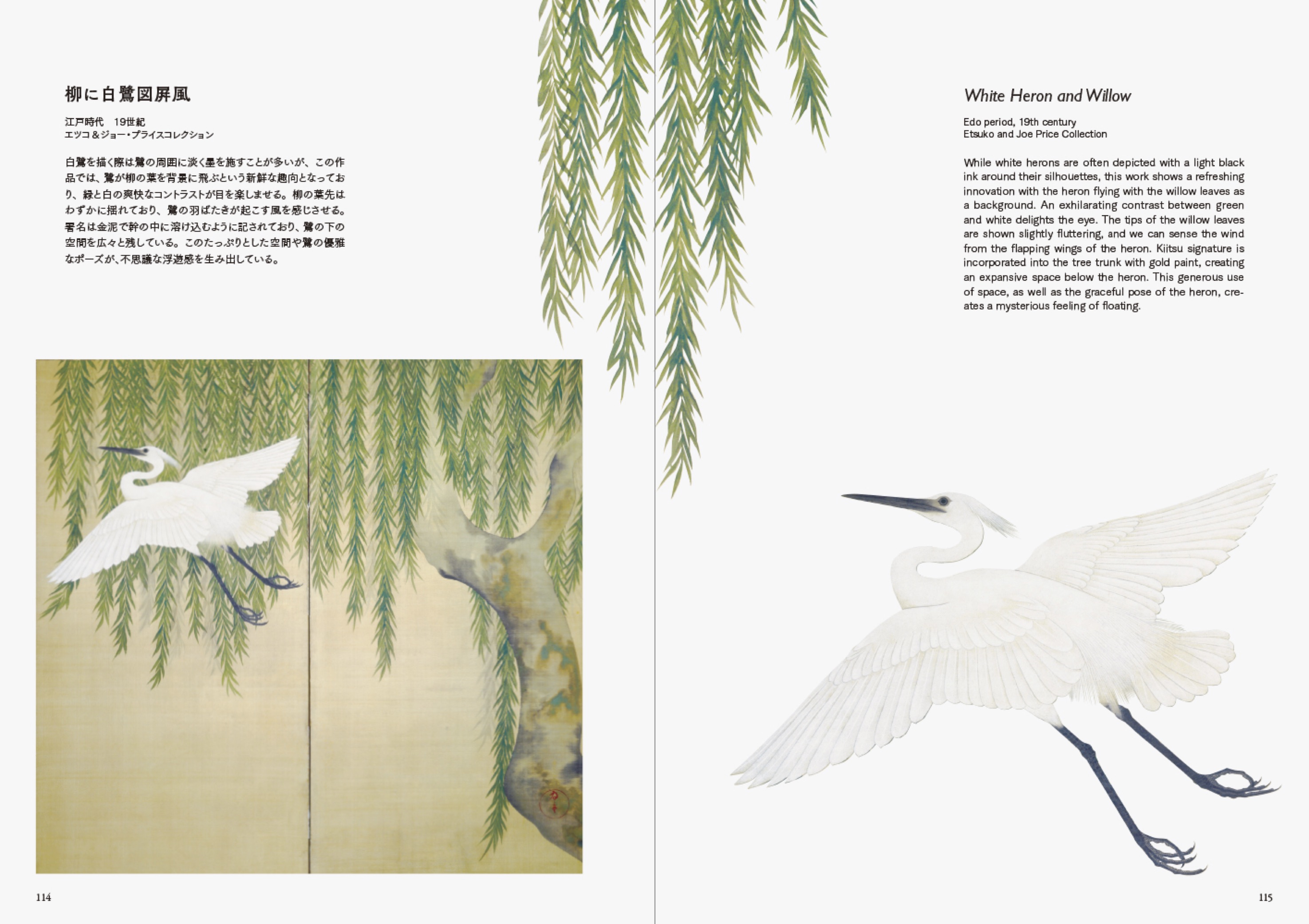 In the piece above, the tips of the willow leaves display a delicate curvature, as if lifted by a gentle breeze. “Our hearts are taken when we look at the plants, flowers, birds and insects of the changing seasons, and are drawn to the gentle wind and moonlight,” says Momo Miyazaki.

Below is a similarly themed Byobu screen, titled, “Egrets Amongst Lotuses”, which dates to the Edo period. Stylistically, it takes its cues from 17th-century Rinpa. The word Byobu means “wind wall,” as painted folding screens were historically used in Japanese homes to block drafts. 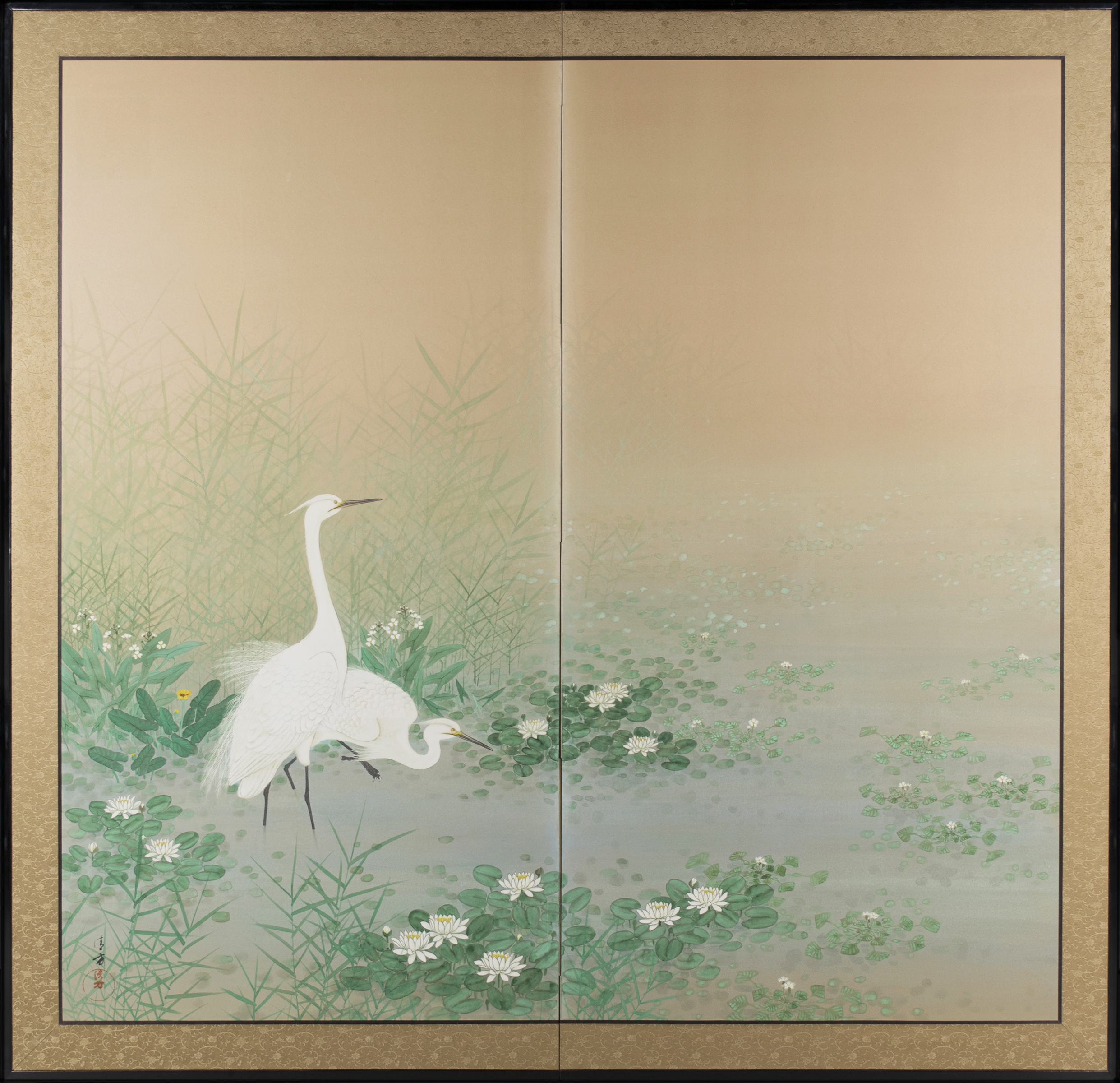 As the book explains, the Rinpa style was not developed by teachers instructing pupils, “but through study and respect of the works by predecessors. Their art took new forms by adapting to the times and continued to be revived.”

This was a departure from many other Edo period art forms, which tended to be passed seamlessly from one family member to another without much room for reinterpretation. Renpo, on the other hand, experienced conspicuous 100 year gaps, allowing space for individual expression. 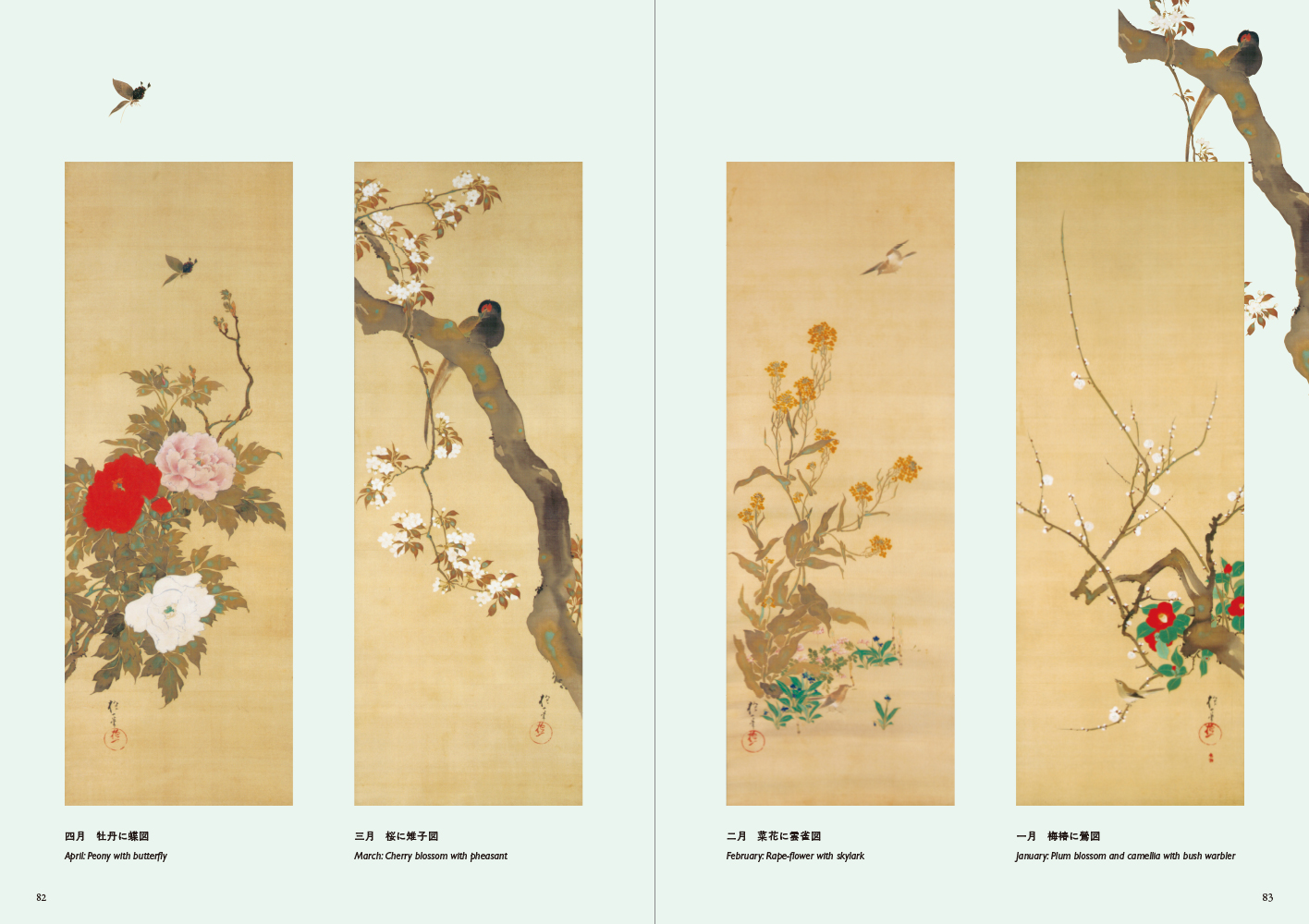 Birds and Flowers Through the Twelve Months | 1823 | The Museum of the Imperial Collections, Sannomaru Shozokan

“Hōitsu created an atmospheric and stylish world, incorporating elements such as changes in the weather and seasons which also appear in his Haiku diary, which he continuously wrote in throughout his life,” says Miyazaki. In the series of panels above, the unique beauty of each season gets its moment in the spotlight.

“His work also features close observation of small animals, learning of realistic expression which flourished in the late Edo period, and a stylish sense of making adequate use of blank space,” says Miyazaki.

The octagonal Japanese vases below, display many of the same principles as those of the elegant screens above—natural scenes segmented or framed into distinct panels, thoughtful use of negative space, and a metallic background with a subtle glimmer. 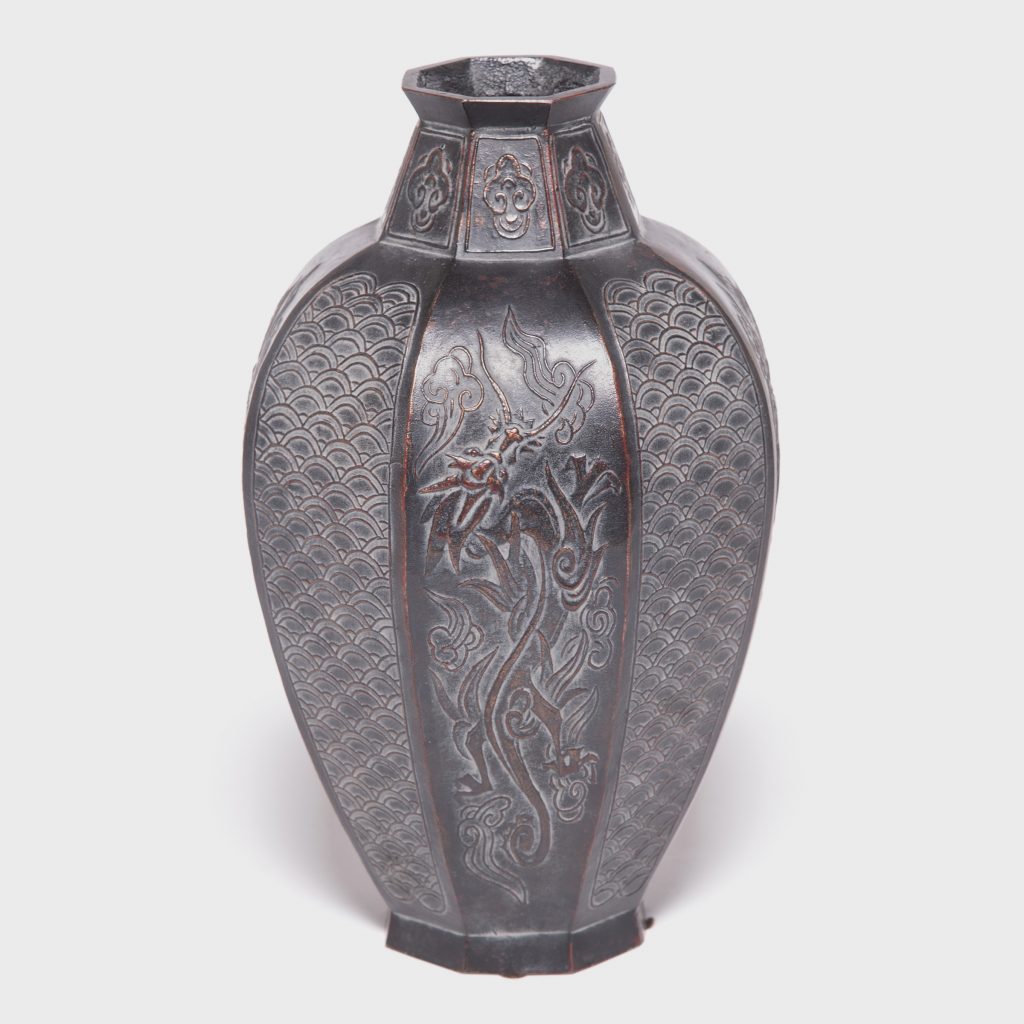 “The charm of Hōitsu’s style is in the combination of brilliance and transience,” says Miyazaki. “Still today, this style quietly strikes a chord in the hearts of those who appreciate flowers, birds, the wind and moon, giving respite in our daily lives.”

Our team believes that artwork and objects should offer respite from daily life—this is why we loved reading about the history and insight presented in Elegance in Japanese Art: Edo Rinpa Bird and Flower Painting, by Momo Miyazaki. Feeling inspired? Explore our entire collection of Japanese art. 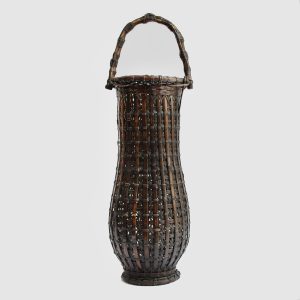 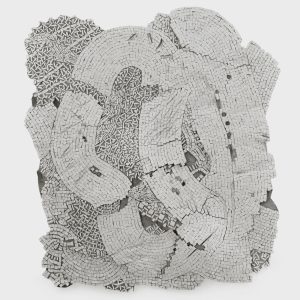 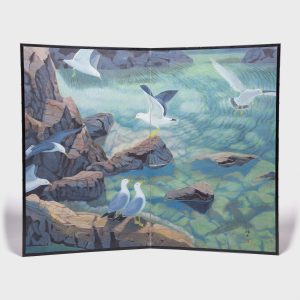