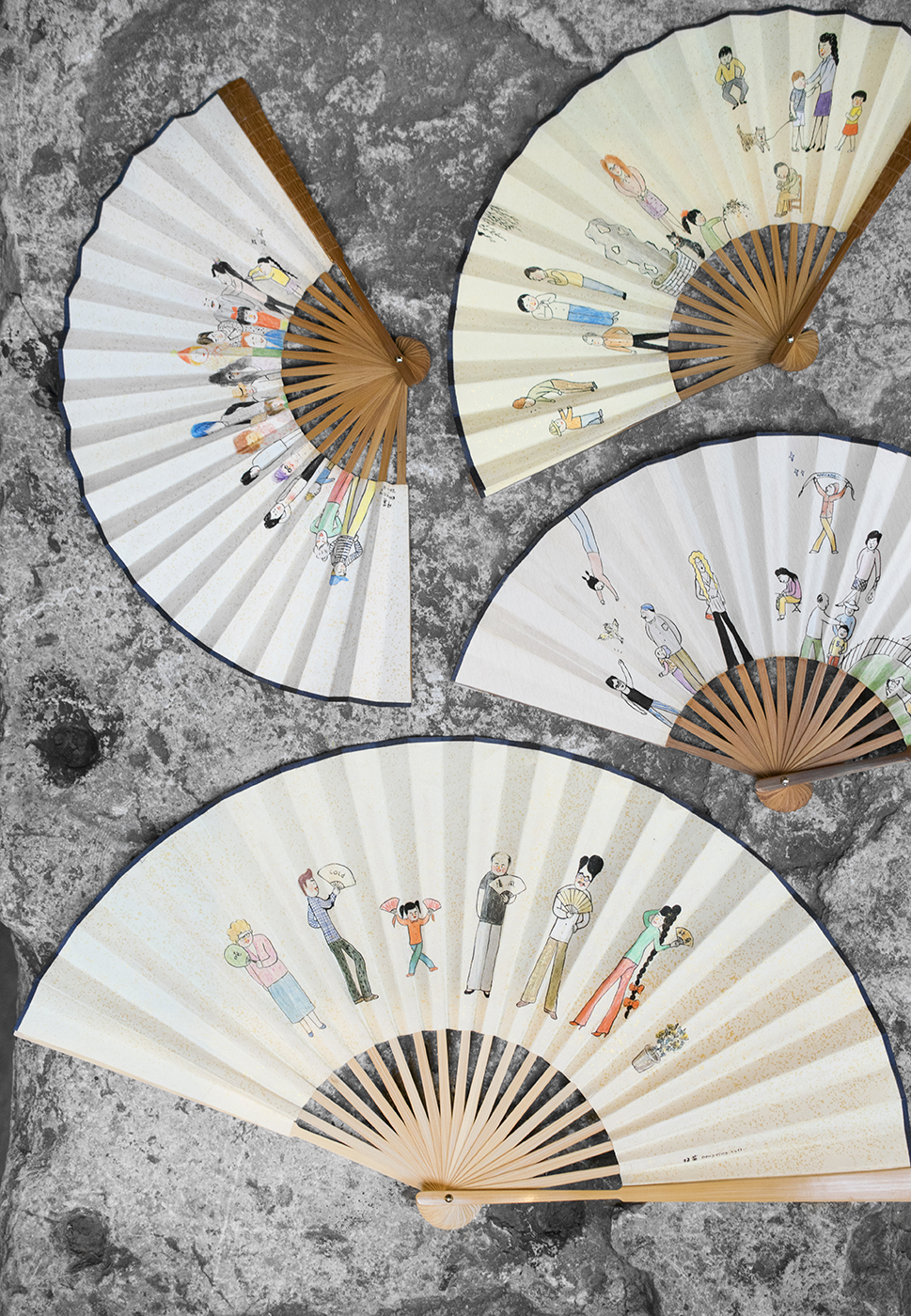 Though Deng Ying’s illustrations are inarguably contemporary in style, her frequent use of blue and white directly references traditional Chinese porcelain. Besides her preferred color palette, Deng Ying fires her porcelain in the imperial kilns of Jingdezhen, China—placing her work in direct conversation with its historic roots. 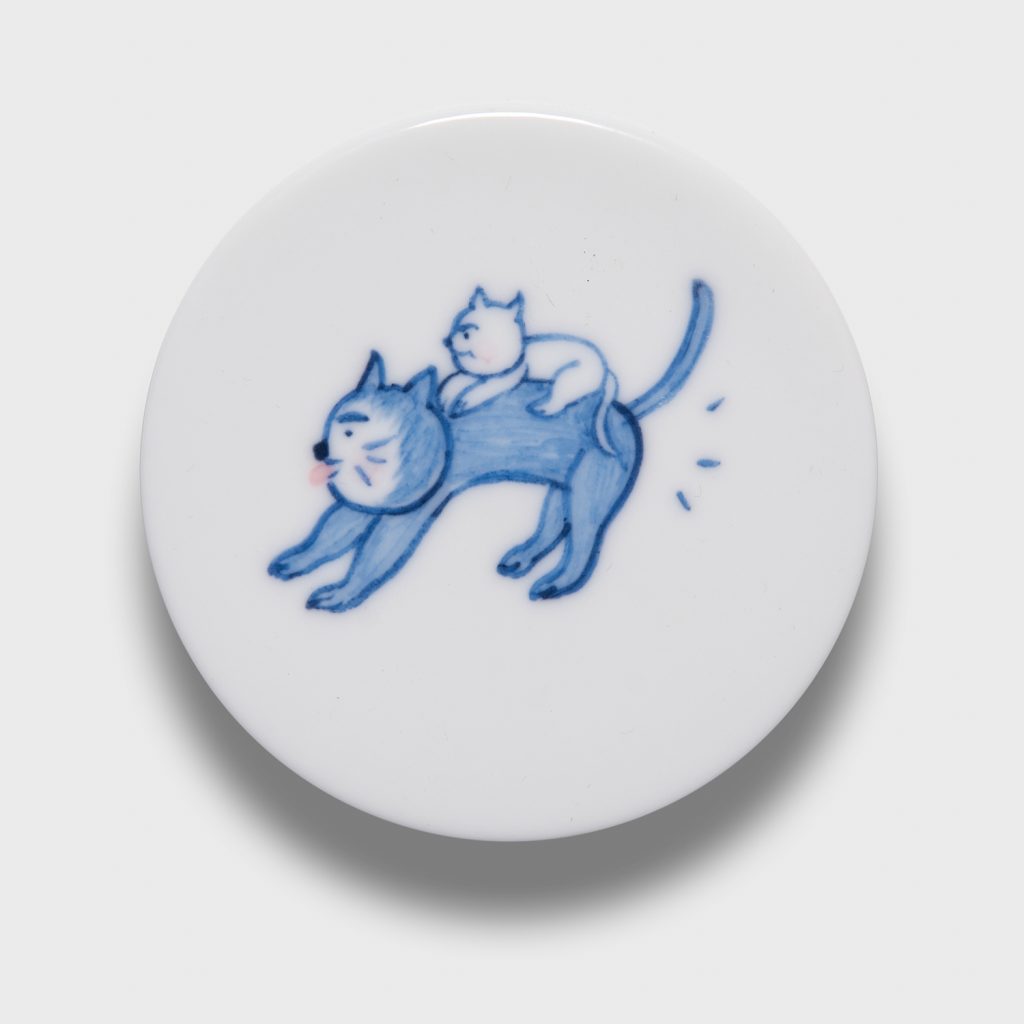 Jingdezhen became known internationally as the premier center for Chinese porcelain as early as the 14th century, a reputation it maintains to this day. Beginning with the Ming Dynasty period, the Jingdezhen kilns were controlled by the emperor, who used them to produce large quantities of imperial porcelain for gifting to members of the court. 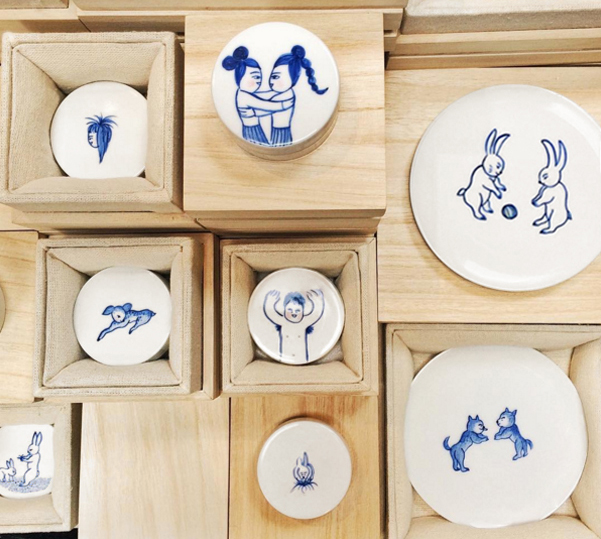 A collection of works in porcelain by Deng Ying

Deng Ying’s aesthetic is independent, fearless and full of humor—details that make her a standout among a sea of contemporary Chinese artists. Made exclusively for PAGODA RED, we are honored to carry Deng Ying’s limited edition hand-painted porcelain series.

PAGODA RED founder, Betsy Nathan, with Deng Ying in front of her studio