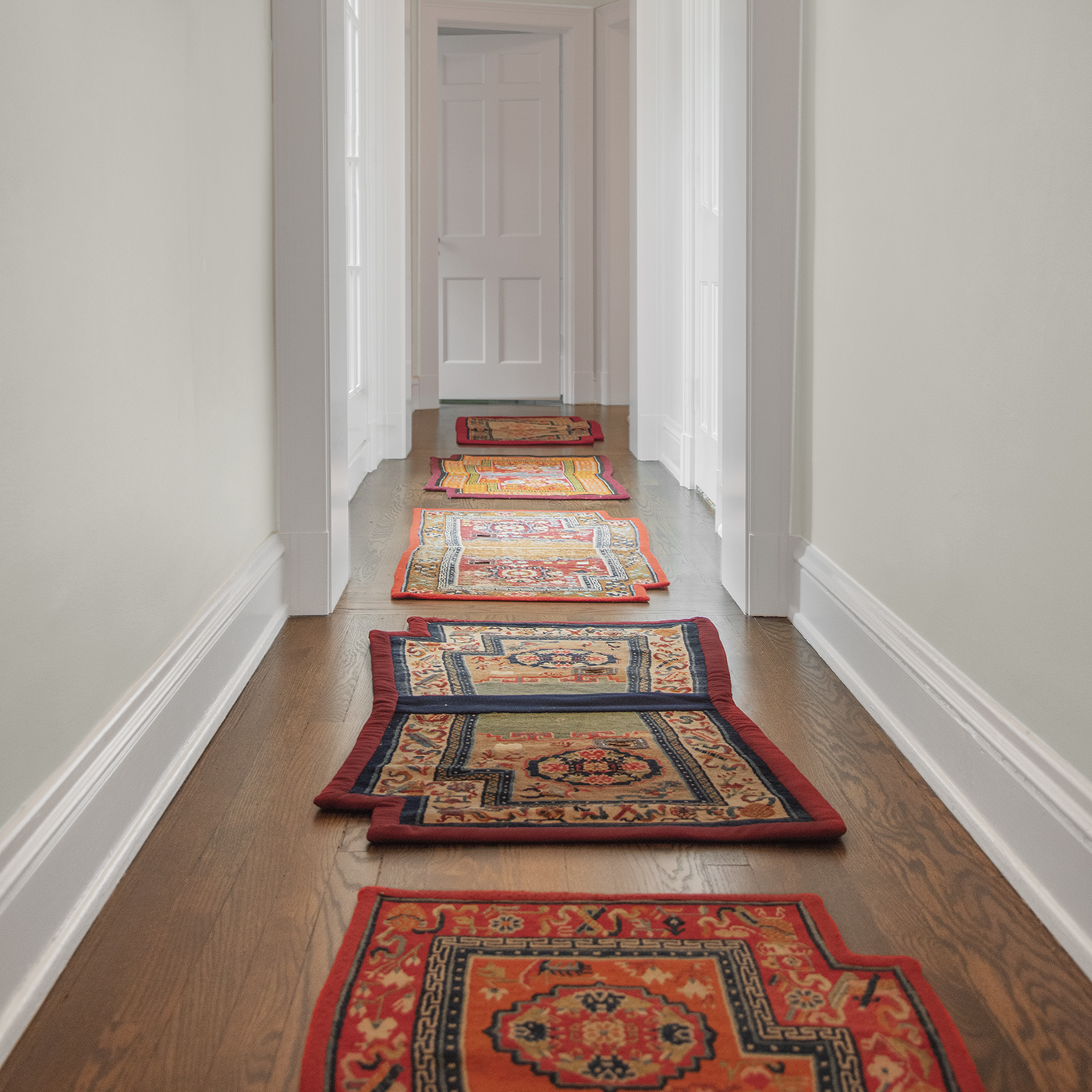 Beautifully knotted of vegetable-dyed wool, carpets by the nomadic peoples of Tibet, Mongolia, and northern China decorated every aspect of life with bright color and rich symbolism. Unlike those of the Chinese weaving tradition, such carpets were primarily intended not as floor coverings, but as places to sit or sleep. Laid across a bed platform, draped over a horse, or marking one’s seat, these carpets brought warmth and beauty to cold northern environments. 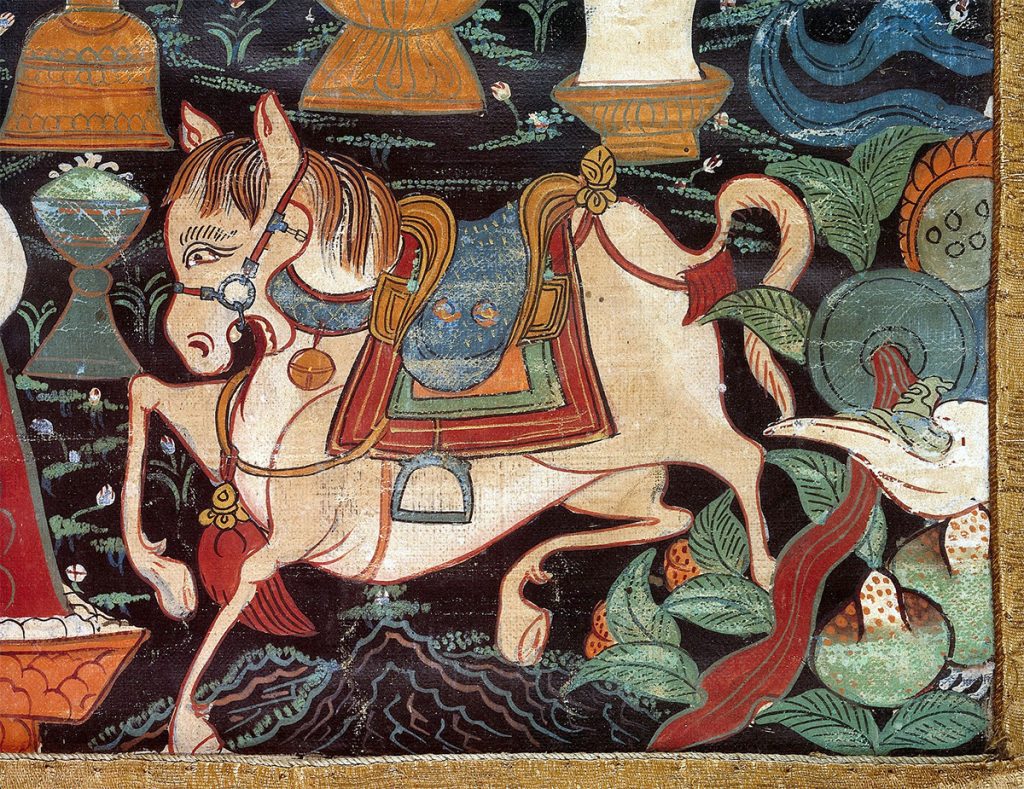 We’ve recently acquired a private collection of early 20th-century Tibetan carpets, carefully curated over the course of several decades. Together at last, these woven keepsakes of an earlier time remind us that even the most functional of objects are an opportunity to create something beautiful.

While the origins of carpet-making in Tibet remain unknown, the ancient craft is believed to be older than Buddhism itself. Traditionally, the women of each household would spend their free time weaving clothing and carpets for the entire family. Weaving skills were passed down from generation to generation and the best examples were displayed as status symbols during celebratory gatherings and social visits.

A collection of early 20th-century carpets at PAGODA RED.

Despite the tremendous care that goes in to creating hand-knotted carpets, they were still considered practical items and were regularly used until worn through. Discarded upon wear and tear, authentic examples from the 19th-century and earlier are hard to come by today, making our collection of Tibetan saddle rugs and meditation carpets all the more exciting.

Amongst those carpets used for sitting, there are specific forms used to create a sacred space for meditation. Patterned with mandalas, mythical protectors, or Buddhist symbols, such carpets are believed to focus one’s thoughts and protect from negative energies. 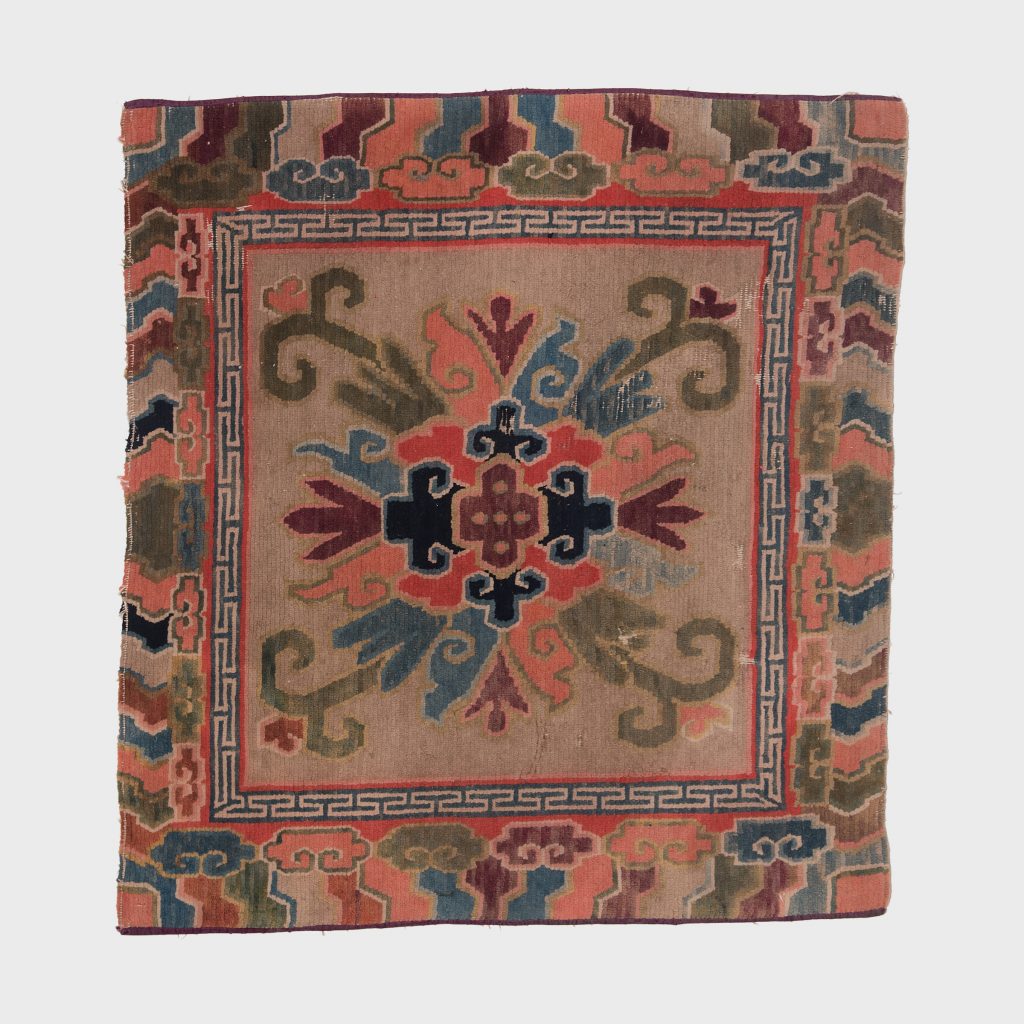 Example of a square meditation carpet, or khagangma.

Sometimes, a smaller, square carpet called a khagangma was used atop the temple runner to designate the seat of a high-ranking person or honored guest. Multiple layered rugs elevate one’s place even further and indicate their status as an important person. 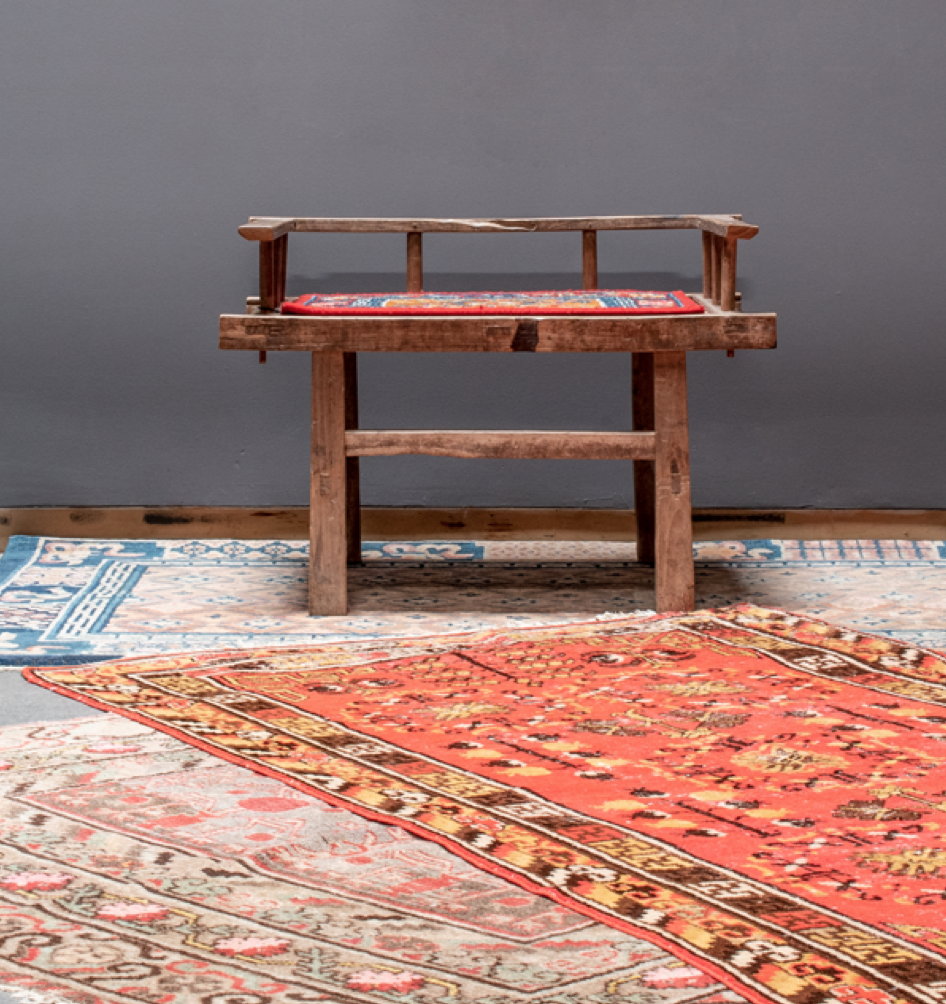 Another form of meditation carpet is the temple runner, used in Tibetan monasteries and temples to designate seating for each monk. These runners are often patterned with medallions to mark each seat or are comprised of individual square carpets that have been woven together. 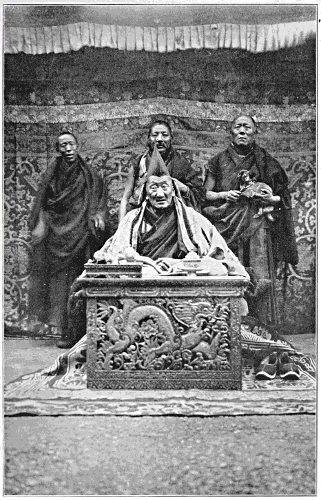 In these same Tibetan monasteries, it was common to see additional carpets hanging on the walls or wrapped around pillars. These long Tibetan rugs would adorn structural columns to both insulate the interior and create a welcoming environment. 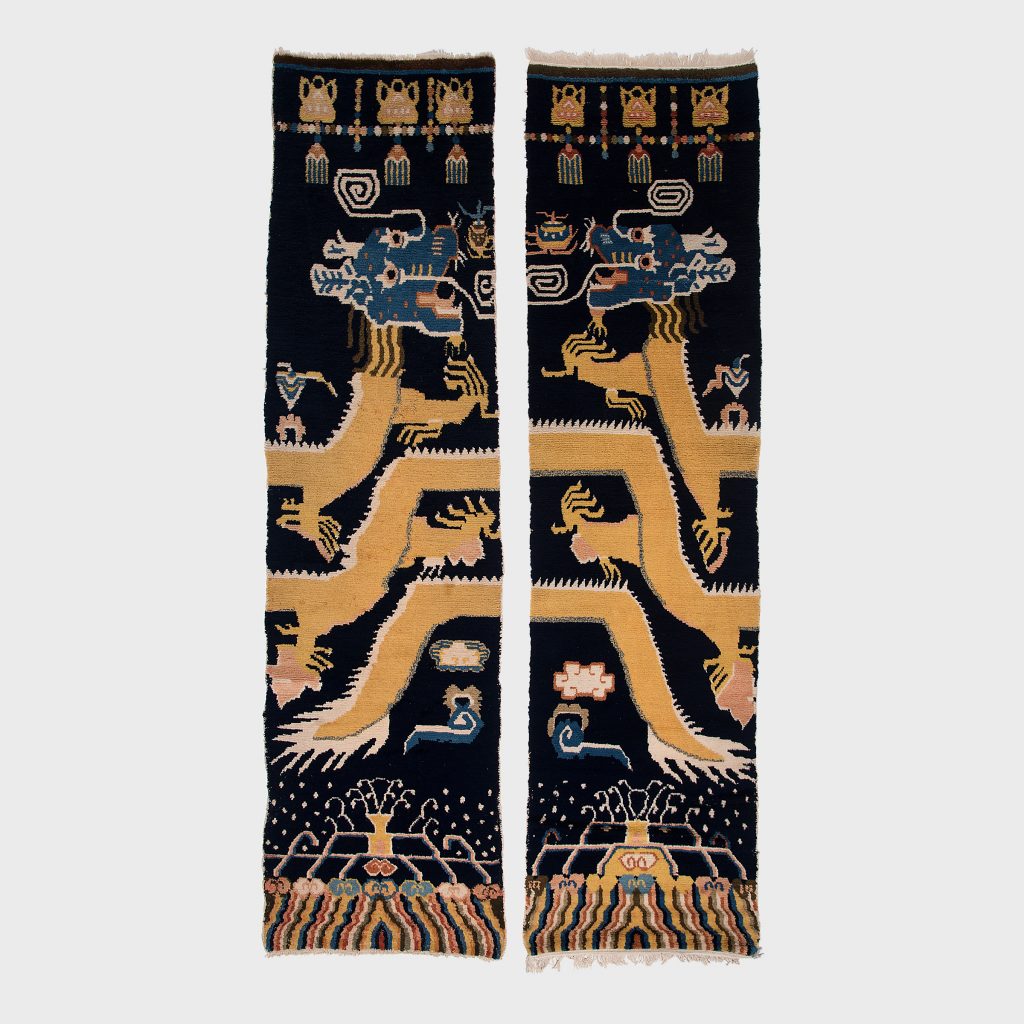 Artful coverings draped across the back of a horse or yak, saddle carpets were essential to Tibetan nomadic traditions. 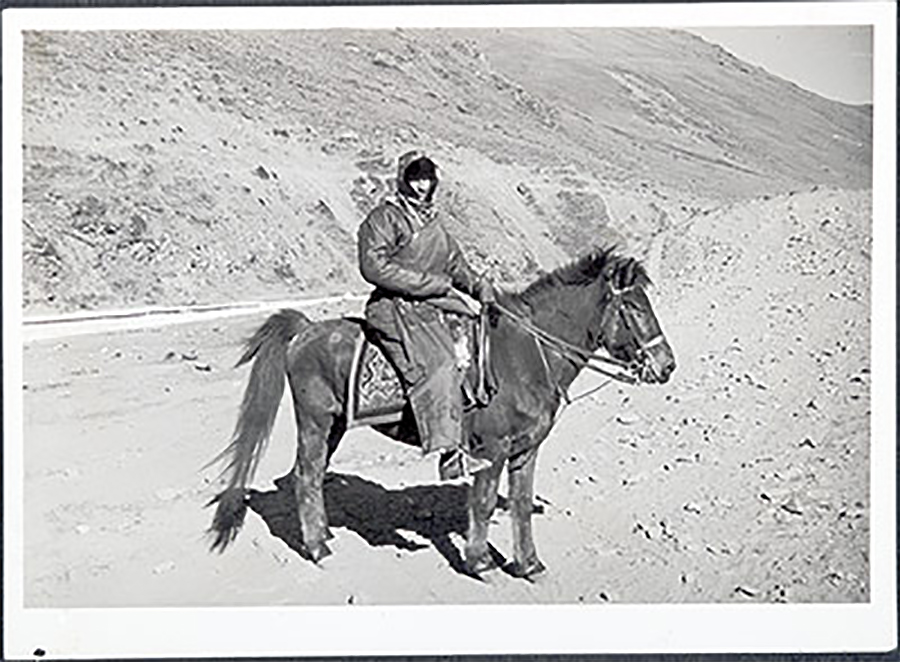 The set was initially woven in three separate pieces in a continuous weave on a single loom. The under-saddle carpet was comprised of two separate pieces joined together, either directly or by a strip of cloth at the center. This method of continuous weaving ensured that the pile falls downwards on both sides of the saddle, encouraged rainwater to run off rather than being absorbed. 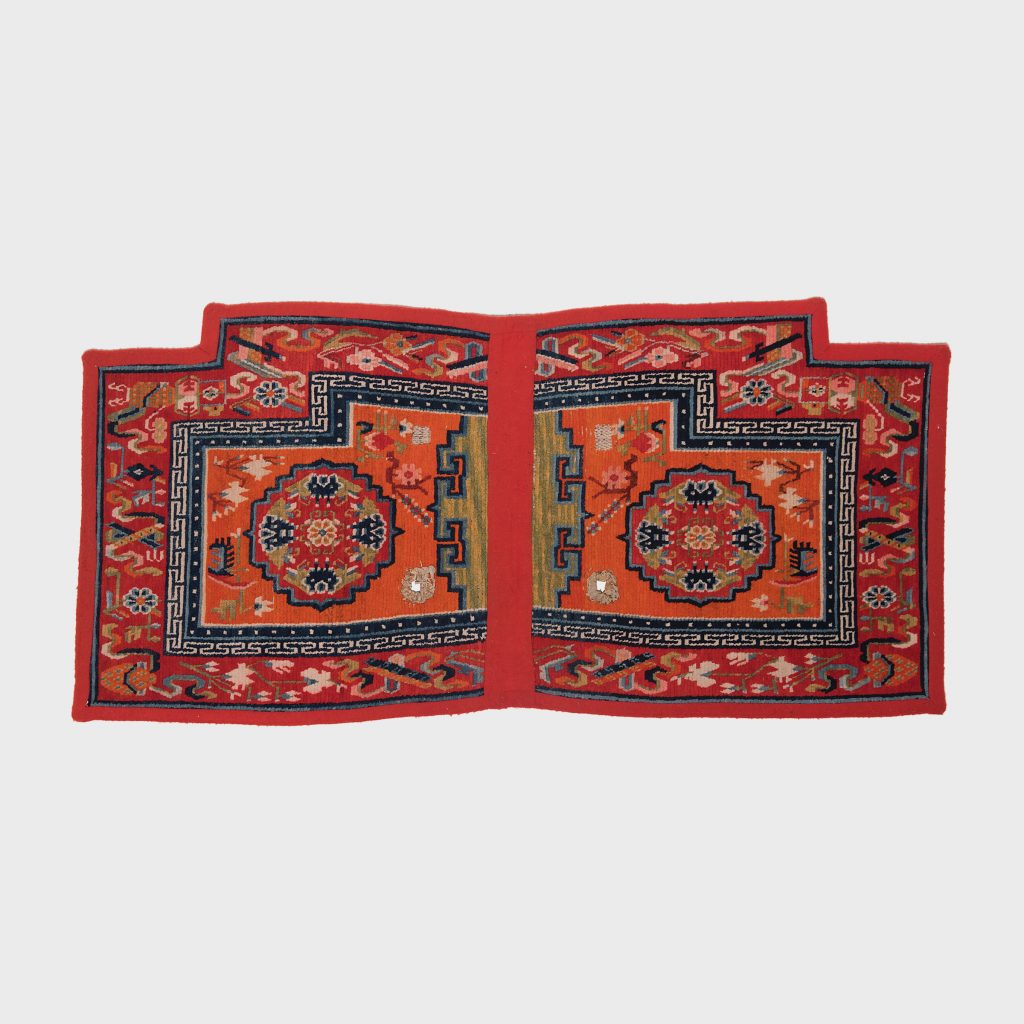 The depth that an antique carpet can bring to a space is unmatched. Intricate compositions created by thousands of knots, antique carpets enliven their surroundings and create special moments within the home. 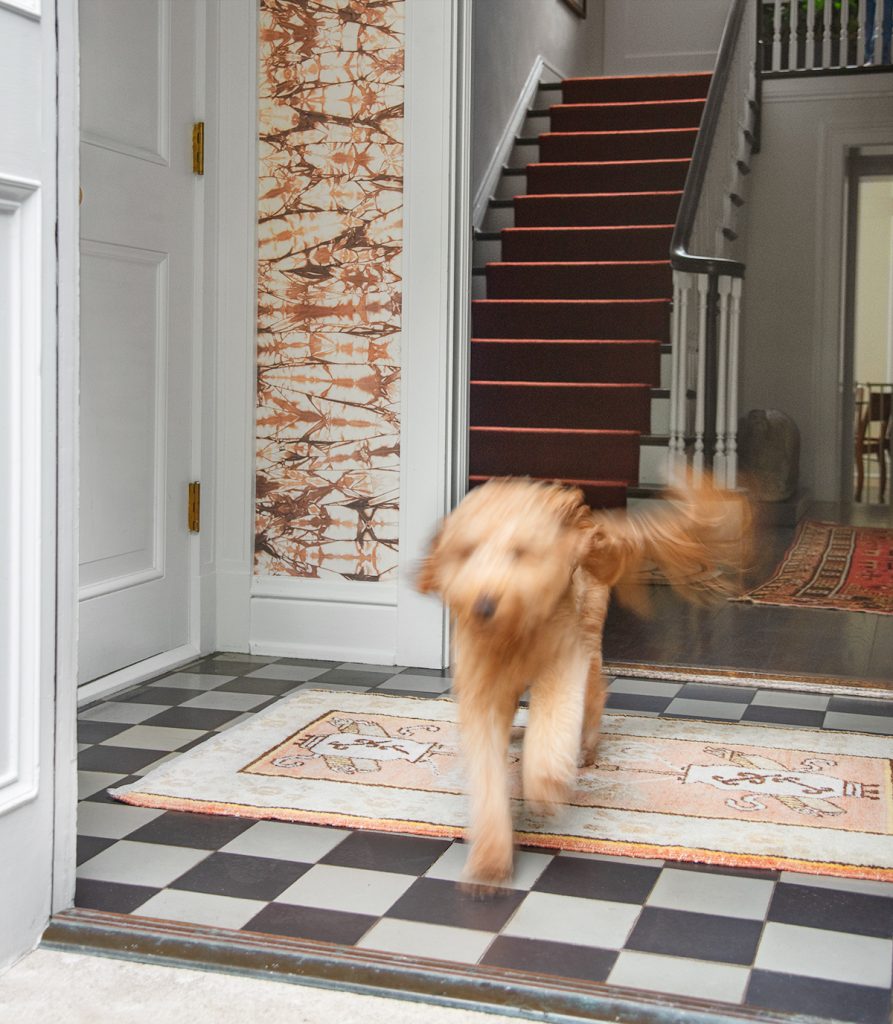 An antique carpet is an unexpected compliment to the Maya Romanoff wallcovering in founder Betsy Nathan’s home.

Today, we love these carpets dotting the length of a hallway, welcoming guests in an entry, or layered in a meditation space. We’re here to help you select the right size and color. Carpet diem, seize the day, and welcome the warmth that a saddle or prayer carpets brings to a space. 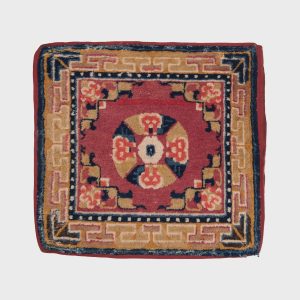 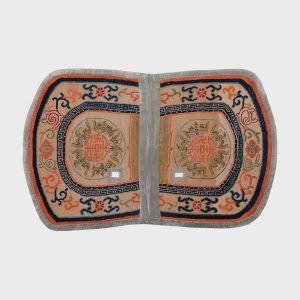 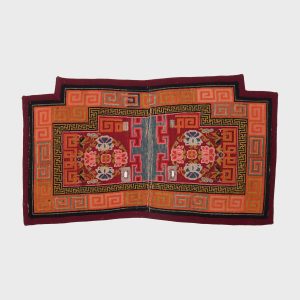